Is Insurance Commissioner's Work A Conflict Of Interest? 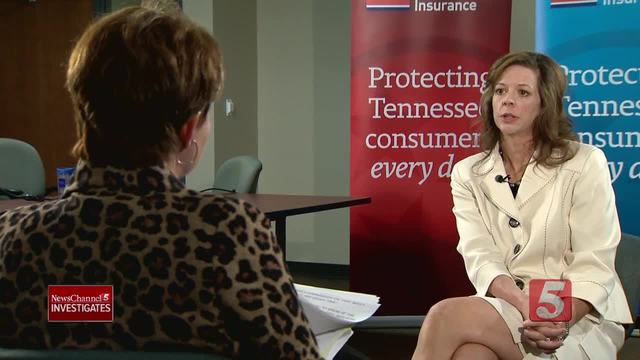 Who is Julie McPeak really working for? She's Tennessee's Commerce and Insurance Commissioner and she has the number two job with an insurance industry funded association. And some call that a conflict of interest. 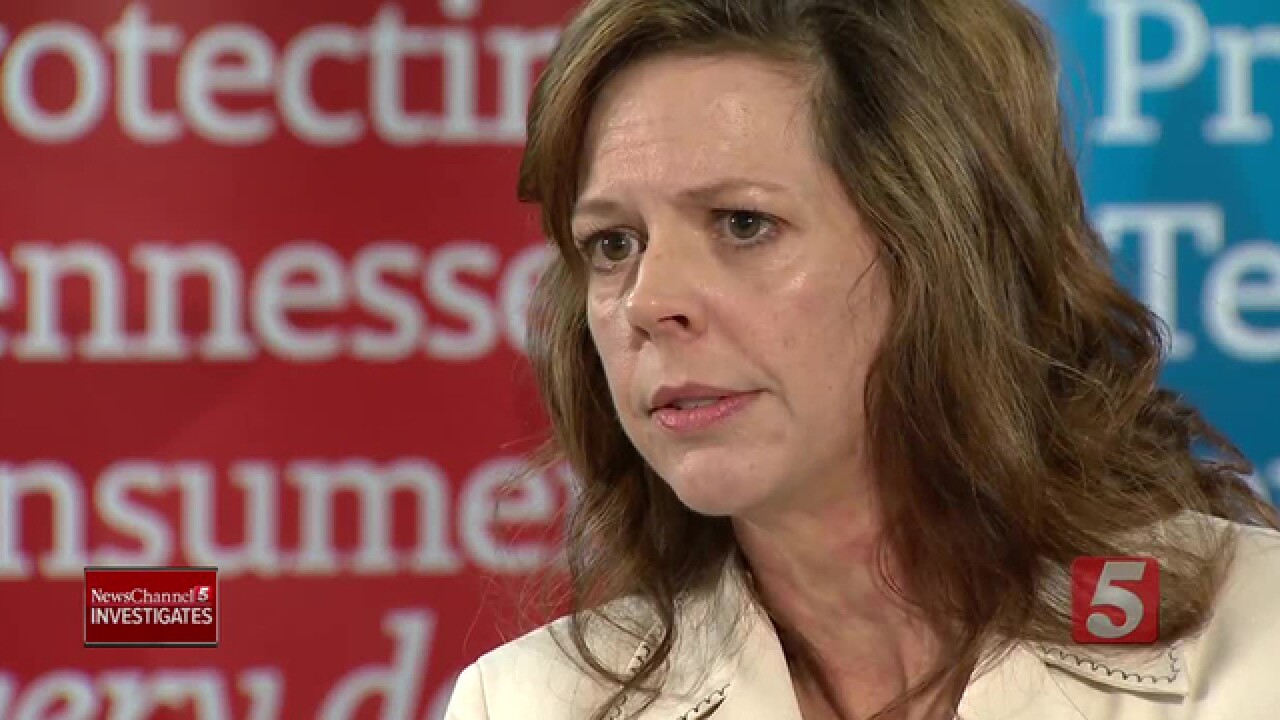 But she also has the number two job with an insurance industry funded association, which some are calling a conflict of interest.

Critics say Tennessee's insurance commissioner spends way too much time away from her office, working with other state regulators and insurance industry representatives.

Andy Spears, the executive director of the consumer advocacy group Tennessee Citizen Action, said, "I think Tennesseans have a right to be concerned."

Our investigation has found that since taking the state commissioner's job in 2011, McPeak has traveled across the country and around the world attending more than 120 conferences and meetings on insurance issues.

McPeak told NewsChannel 5 Investigates, "That absolutely is serving the taxpayers of Tennessee and our Tennessee consumers."

But Bob Hunter of the Consumer Federation of America wasn't so sure.

"I think what happens as a result of these trips is less consumer protection, not more," he said.

Hunter is a former state insurance commissioner himself from Texas. He's now a consumer advocate with the national organization based in Washington.

And to understand his concerns, first, you need to know who's sending McPeak on these all-expense paid trips.

The National Association of Insurance Commissioners sets the rules and standards for regulation of the insurance industry in the US.

"I am a member of the NAIC, as is every chief insurance regulator in the United States," McPeak explained.

Yet, McPeak is not just a member of the group.

She's now their president-elect -- and when she travels, the NAIC pays for her airfare, hotel and meals.

But who is really paying?

The association gets most of its $99 million a year in revenue from the insurance industry through licensing and other fees.

"At least on one or two occasions, the industry has balked at paying those fees, when the NAIC was doing things they didn't like," Hunter recalled.

The NAIC frequently sends McPeak and other commissioners to Washington to meet with members of Congress and even appear before Congressional committees.

"My leadership role at the NAIC puts me in the room with those discussions," McPeak said. "It has allowed me to testify before Congress on a number of occasions."

But Hunter maintains the NAIC and its members do not push anything the insurance companies don't agree with.

"You see the position taken by the NAIC and it basically tracks with what the industry has been saying," he stated.

Hunter said what you see going on in Washington, in effect, is essentially state regulators lobbying for the insurance industry.

But McPeak insisted, "No, I don't lobby at all. I am really the factual resource for anyone interested in legislation."

"But critics say NAIC doesn't do anything the insurance industry doesn't already sign off on?" NewsChannel 5 Investigates asked McPeak.

"I would challenge those critics to attend some of the meetings and see some of the pushback from consumer representatives and other interested parties," she replied.

But Hunter has been to many of those meetings as a commissioner and as a consumer representative.

"It's very hard for a consumer group or a group of consumers to try and move something at the NAIC," he said. "It's almost impossible."

Hunter said it's not hard to see just how cozy the relationship is between regulators and insurance types at NAIC conferences where those in insurance not only meet but mingle with state commissioners.

NewsChannel 5 Investigates asked McPeak, "Do you not see a problem with taking all of this, having them pay for so much of your travel?"

She responded, "My involvement in the NAIC and participation in these trips and congressional testimony really put me on the forefront of knowing the issues that are going to be discussed and ideas that are being put forward to solve some of these issues with Obamacare."

"She's doing what the insurance industry wants and not what Tennesseans want," Andy Spears of Tennessee Citizen Action said, adding that he questions who McPeak is really working for.

He added, "The track record seems to be pretty clear. When you have the president-elect of the NAIC approving the largest rate increase in the country for health insurance, it seems like the industry is getting exactly what they want from Julie McPeak."

In comparison, Newman said she only took a handful of out of state trips to NAIC meetings.

She told NewsChannel 5 Investigates that Governor Bredesen made it clear he wanted his commissioners to stay in Tennessee.