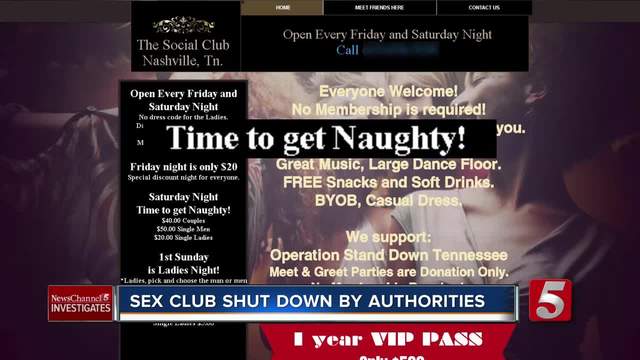 The Metropolitan Government has filed a complaint seeking an injunction to permanently close a controversial swingers club in Madison. 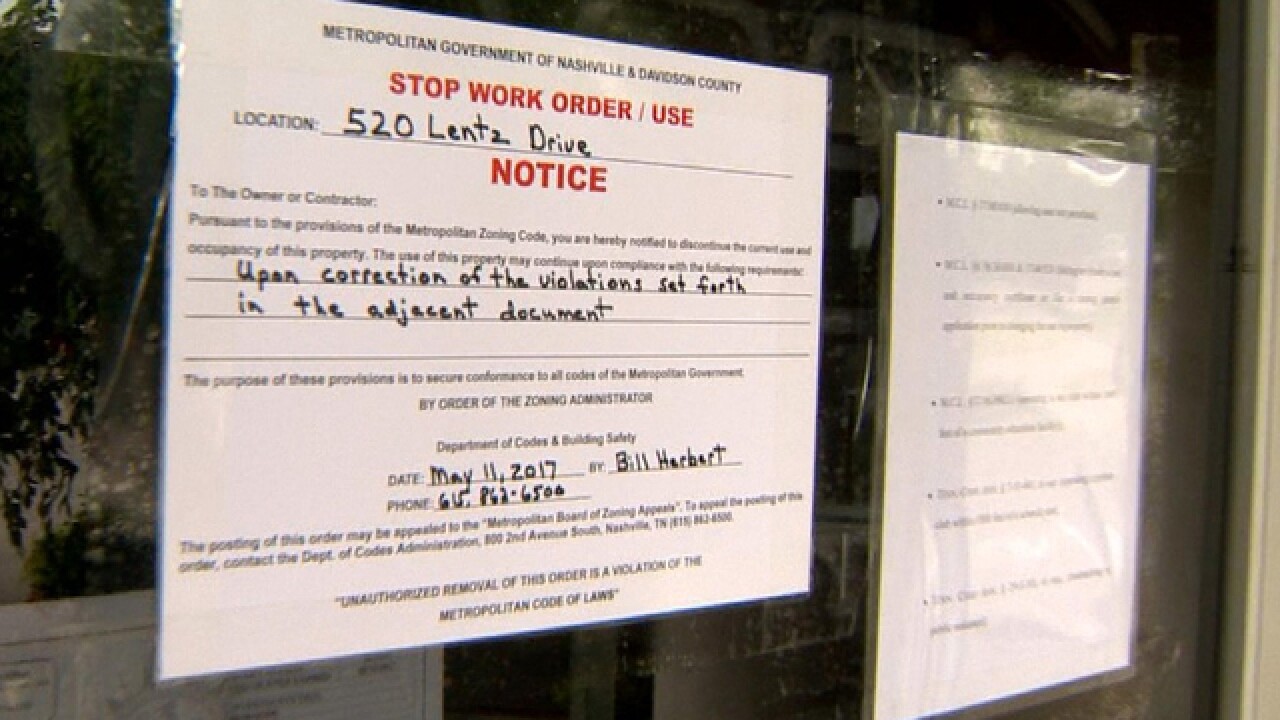 Metro regulators have filed a complaint seeking an injunction to permanently close a controversial swingers club in Madison.

The filing, made Thursday in General Sessions court, states that a permit had been issued to operate a church at 520 Lentz Ave in Madison, but instead the owners have been operating a sex club.

The complaint states that Freedom 4 All, Inc. is "maintaining a public nuisance by permitting acts of lewd conduct" and is in violation of city ordinances and state law which prohibit operation of the club within 1,000 feet of a school

In March, two inspectors from the city's Codes department paid $40 each to enter the club where they witnessed numerous sex acts being performed inside.

The four-page report gives explicit details about what those inspectors observed during a recent visit to The Social Club or TSC.

Metro's Zoning Administrator Bill Herbert said of the report, "I was shocked, quite frankly. I was shocked. Maybe I'm naive. I did not expect it to be as graphic as it was."

Herbert said the inspectors found rooms with beds, some with foot and hand rests and some rooms had partial walls allowing for viewing while the inspectors also noted sexual activity throughout the building.

"They witnessed sex acts and other acts that indicated that the property was not being used as a church," Herbert stated.

Two years ago, the TSC was a downtown swinger's club known for allowing sex between consenting adults.

When it announced plans to move to an office park in Madison, neighbors were outraged -- and both the Metro council and state legislature quickly passed laws directly aimed at preventing the sex club from opening there.

The owners then announced they would instead open a church, open only to members, and promised there would be no sex, where the sex-club's so-called dungeon room would now be the church's choir room.

"And what did the inspectors find in the choir room?" NewsChannel 5 Investigates asked.

"They found people engaging in sex," he replied.

Herbert said it wasn't until recently that the city started seeing increased activity on the property late at night on weekends and more blatant advertising, like on the TSC website.

The site states that no membership is required and the club is open every Friday and Saturday night when it's "time to get naughty." On certain Sunday nights, women can "choose the man or men they want to 'dance' with."

"It doesn't look like they're trying to hide what's going on there," NewsChannel 5 Investigates remarked to the city's head of zoning.

He said this all violates the property owners' permit to operate as a church and that's why the city is now suing the owners, Freedom 4 All, maintaining the "lewd conduct" "permitted and encouraged" by employees is a "public nuisance" and in violation of both state and city law.

In an effort to try to stop work order posted on the front door that says the sex club is prohibited from doing business here. "I see it as a victory for our community," Ricky Perry, head of the neighboring Goodpasture Christian School.

Perry has been a vocal opponent of it and while he couldn't even make it through reading the entire inspection report, he called it offensive and disturbing.

"And to choose to do that close to our school campus, close to a couple of churches, it's infuriating," Perry said.

He added that The Social Club is making a mockery of what people consider a church. He also said he's thrilled that their weekend "services" will now have to move.

"We will celebrate the fact that they'll have to go do this somewhere else. We wish it would be no other place, but it won't be in Madison," Perry said.

Sex clubs are not entirely banned in Metro. They are allowed in areas that are zoned for industrial use, but they can't be within a thousand feet of a school or church like this one.

NewsChannel 5 Investigates reached out to the lawyer for the club. He said he hadn't seen the lawsuit yet so he couldn't comment, but he continued to maintain that the business is a church.