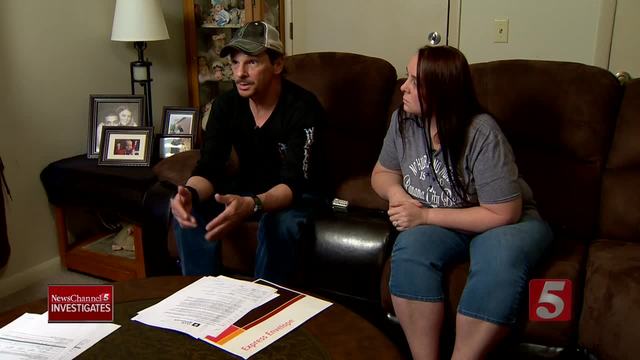 A couple went to a Wyndham timeshare presentation in Nashville and later discovered they'd unknowingly applied for a $15,000 line of credit and a Visa credit card. 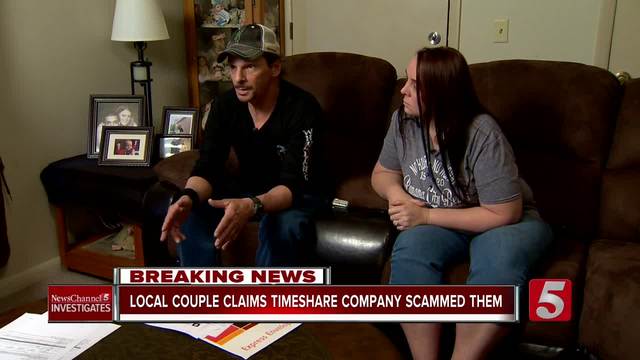 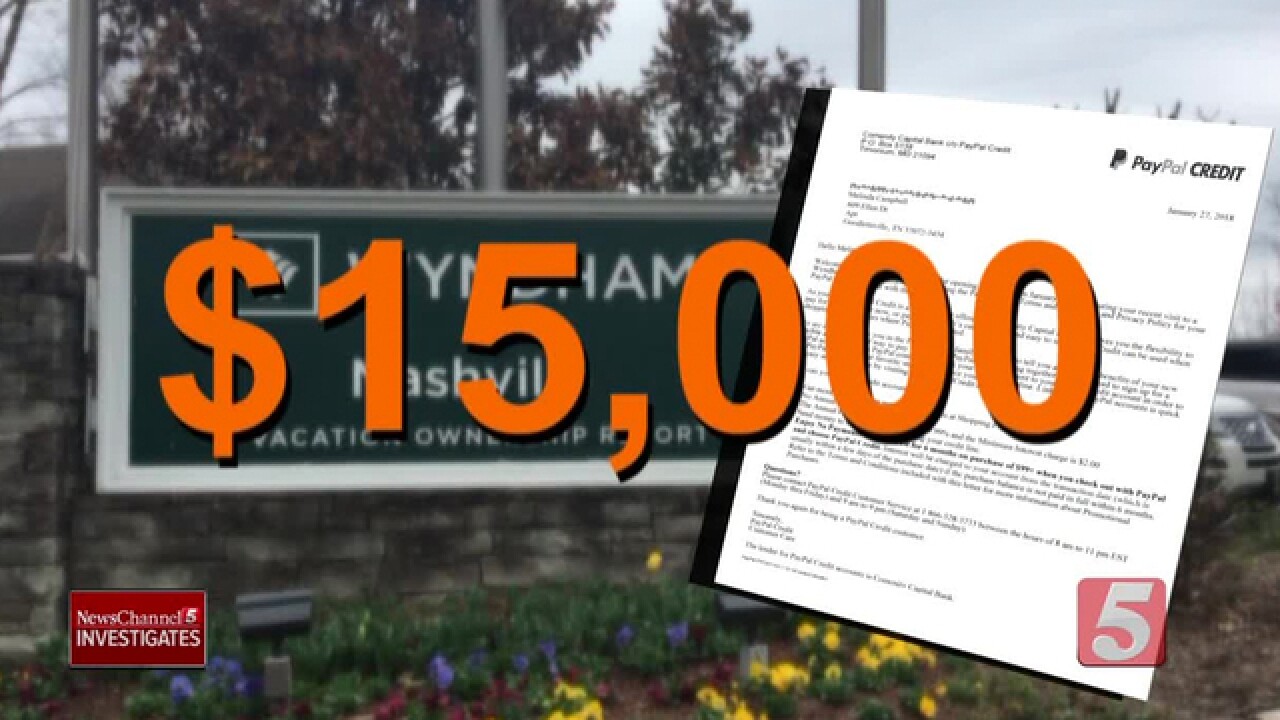 You've probably heard the horror stories of folks going to a timeshare sales pitch and being stuck there for hours. But wait until you hear what happened to a couple from Goodlettsville.

They say they never planned on buying anything, they ended up stuck with something anyway.

“We weren't there for none of this crap," Doyle Campbell exclaimed.

The Goodlettsville man and his wife, Mindy, went to the Wyndham Resort off McGavock Pike recently after getting a call telling them they'd won a prize.

All the Campbells had to do, they were told to get it, was go to the Wyndham Resort for a 90-minute timeshare presentation.

"We told him from the start, 'No, we weren’t buying nothing,'" Campbell said.

But they say the Wyndham employees refused to give them their prize until they'd been there nearly five hours as salespeople took turns trying to sell them a timeshare.

"It was a scam," Campbell said.

Even worse, he said, was getting a letter several weeks later that his wife, Mindy, described as, "thanking us for opening an account with PayPal."

"He [an unnamed Wyndham employee] opened a $15,000 account on us that I didn't know nothing about," Campbell charged.

According to the letter from PayPal Credit, the Campbells had gotten a $15,000 line of credit through PayPal "during their recent visit to the Wyndham Resorts property."

"Was there ever any conversation during the five hours that you were there that they were going to open a line of credit for you," NewsChannel 5 Investigates asked the Campbells.

"No! No," they replied emphatically.

"Or that they were going to open a Visa card for you," NewsChannel 5 Investigates continued.

But Wyndham's corporate spokesperson told NewsChannel 5 Investigates the Campbells should have known because they filled out the credit applications.

But the Campbells believed the paperwork they filled out was for their prize.

“And you were told you were filling this out only to get the prize," NewsChannel 5 Investigates asked.

"Cause they needed information, that way we could get our gifts. So that's why we filled it out," Campbell explained.

But we helped the Campbells get copies of their credit applications from Wyndham and the credit authorization form, the Campbells told us, was clearly doctored.

"They've took it and pasted it together is what they did," Mindy Campbell insisted.

And the writing on the some of the other forms, they maintained, was not theirs.

They also told us they didn't sign the long column of initials, agreeing to open the accounts and their terms.

The application stated their annual salary is $60,000.

"Is that accurate," NewsChannel 5 Investigates asked.

Wyndham's corporate spokesman told NewsChannel 5 that "If they [the Campbells] don’t want the lines of credit, they simply need to contact the issuers of the credit and request a cancellation."

But Campbell said it's not that easy.

This sort of credit can stay on your credit history for two years. It’s a big deal, especially when you're trying to buy a house.

"But we can't if we've got stuff like this on there," Campbell stated.

"We probably aren’t the only ones they done like this," he added. "And, it really makes me mad."

What about that expensive gift they'd won? It was four plane tickets. But they came with so many additional fees and restrictions, the Campbells would have had to spend thousands of dollars to use them.

So, they ended up just throwing them away. This all started because the Campbells entered a drawing at the Opry Mills Mall. The prize was supposed to be a Range Rover.

A Wyndham's spokesman told us they collected names at as many as a hundred locations across the country and gave away just one car. The man who won, we we’re told, lives in Maryland.

Wyndham sent NewsChannel 5 Investigates a statement, asking that we clarify that the Campbells were at the resort for three hours and 15 minutes, not nearly 5 hours.

Wyndham went on to say, "The Campbells were given the prize they were promised and they were granted the lines of credit they applied for on clearly marked credit applications."