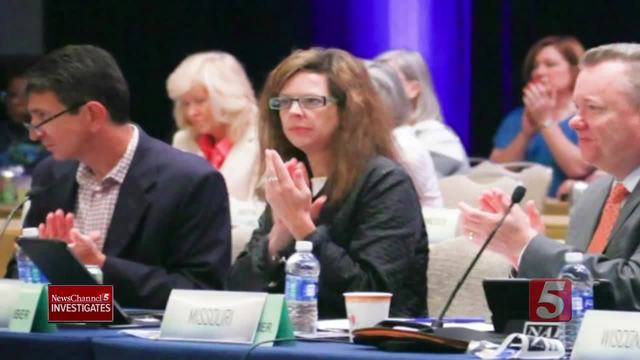 Tennessee's Commerce and Insurance Department is one of the largest departments in state government. But if you're looking for the commissioner, Julie McPeak, you likely won't find her in her office. 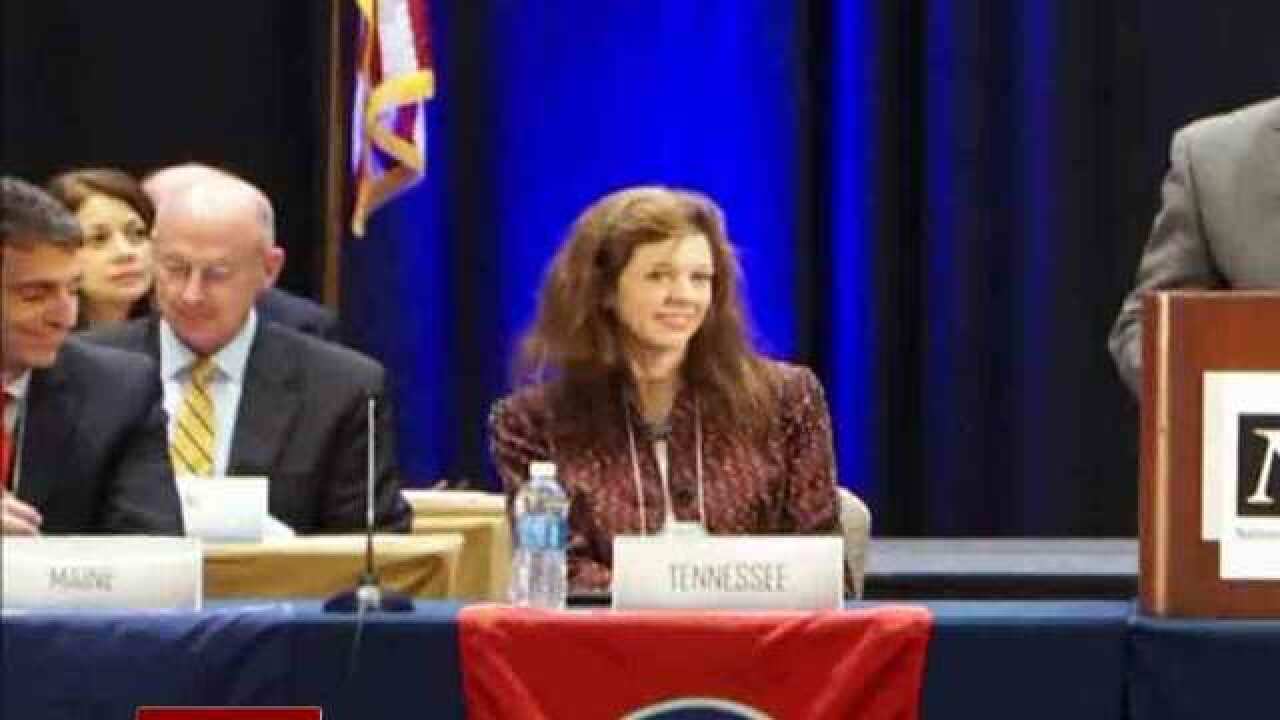 Tennessee's Department of Commerce and Insurance is one of the largest departments in state government.

But if you're looking for the commissioner, Julie McPeak, you likely won't find her in her office.

NewsChannel 5 Investigates found she doesn't spend a lot of time there. In fact, she is often out of the country.

But as we discovered, her trips are not "official state business."

When Tennessee's insurance commissioner is not in her office, chances are she's not even in Tennessee.

Since taking the job in 2011, we found Julie McPeak has spent a considerable amount of time making speeches and attending meetings and conferences, around the country and the world. Inlcuded are repeated trips to Europe and Asia, along with stops in Africa, South America, and the Caribbean.

"It absolutely is!" she replied. "And my priority has always been Tennessee."

But Tennessee is not sending McPeak on most of these trips. The National Association of Insurance Commissioners is.

"I am traveling on their behalf because I am the president-elect of the association. I have been an officer for a few years and I've served in leadership of important committees up unto that point," McPeak explained.

"Who is paying for these trips?" we asked her.

"The National Association of Insurance Commissioners," she answered.

And the group covers all of McPeak's airfare, hotel rooms, and meals.

"Any idea how much NAIC has spent on your travel?"

"No, I don't. I don't have any idea," McPeak told NewsChannel 5 Investigates.

The organization wouldn't tell us how much they've spent, but as Tennessee's insurance commissioner, McPeak has taken more than 120 of these trips.

That means NAIC has likely spent hundreds of thousands of dollars.

"It seems to be a clear conflict of interest," said Andy Spears, executive director of the consumer advocacy group, Tennessee Citizen Action.

The NAIC is made up of state insurance commissioners like McPeak from across the country. The group takes in nearly $99 million a year, and most of that money comes from fees paid by the very people these commissioners regulate, insurance companies and agents.

"You took 30 trips the year before?" we continued.

"I would have to trust you on those numbers," McPeak told us.

The numbers come directly from McPeak's own travel requests to the state.

Last year, 120 days, or in other words, four whole months.

"She has a big job and if she's not present, it's hard for me to see how she's actually doing that job. And Tennesseans are paying the price," Spears opined.

"So you don't think that it matters that you're not in the office?" NewsChannel 5 Investigates asked McPeak.

McPeak added that her employees do a great job of getting things done when she's not there.

"I have a really strong staff that knows how I feel about issues, knows my goals and objectives."

Yet, state travel records show Mcpeak often takes her staff with her on these trips. In December, she took ten employees to a five-day conference in Miami.

"What do you think taxpayers will say when they hear how many trips you're taking and how little time you're spending in the office?" we asked.

"I hope that they hear that we've saved 180 lives from our Get Alarmed program and that our insurance industry is burgeoning on the captive side and that our regulatory boards are functioning with a lower budget and more efficiency than ever before," McPeak said.

But as good as McPeak tried to make it sound, last year was actually one of the deadliest years for fire deaths in Tennessee.

Not only did McPeak approve some of the largest rate increases in health insurance in the country, many counties now have only one provider.

"That's great that she has this other interest, but we're not seeing the benefit of that as Tennesseans. And if this is what she's really interested in, we probably need someone else to be the commissioner," Tennessee Citizen Action's Spears suggested.

Commissioner McPeak was supposed to be at an NAIC conference in Washington DC Monday, but canceled her trip at the last minute.

In the interest of full disclosure: we want you to know that the Department of Commerce and Insurance considered purchasing some advertising from NewsChannel 5's sales team last year, but did not.

Commissioner McPeak and her staff have suggested THAT is the reason we began asking questions about her travel and possible conflicts of interest.

That is simply not true. In fact, Jennifer Kraus and the other NewsChannel 5 employees working on this story didn't even know about last year's advertising discussions until Commissioner McPeak's staff told them about it.

That was after our investigation was well underway.