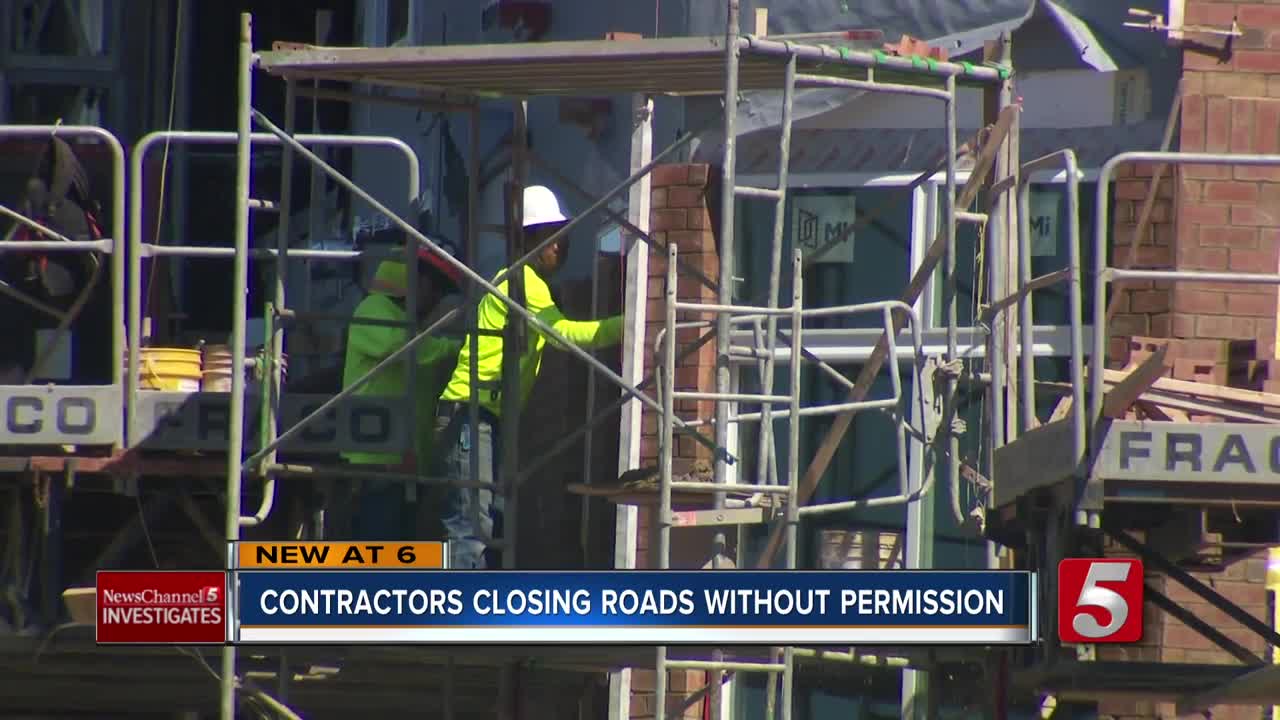 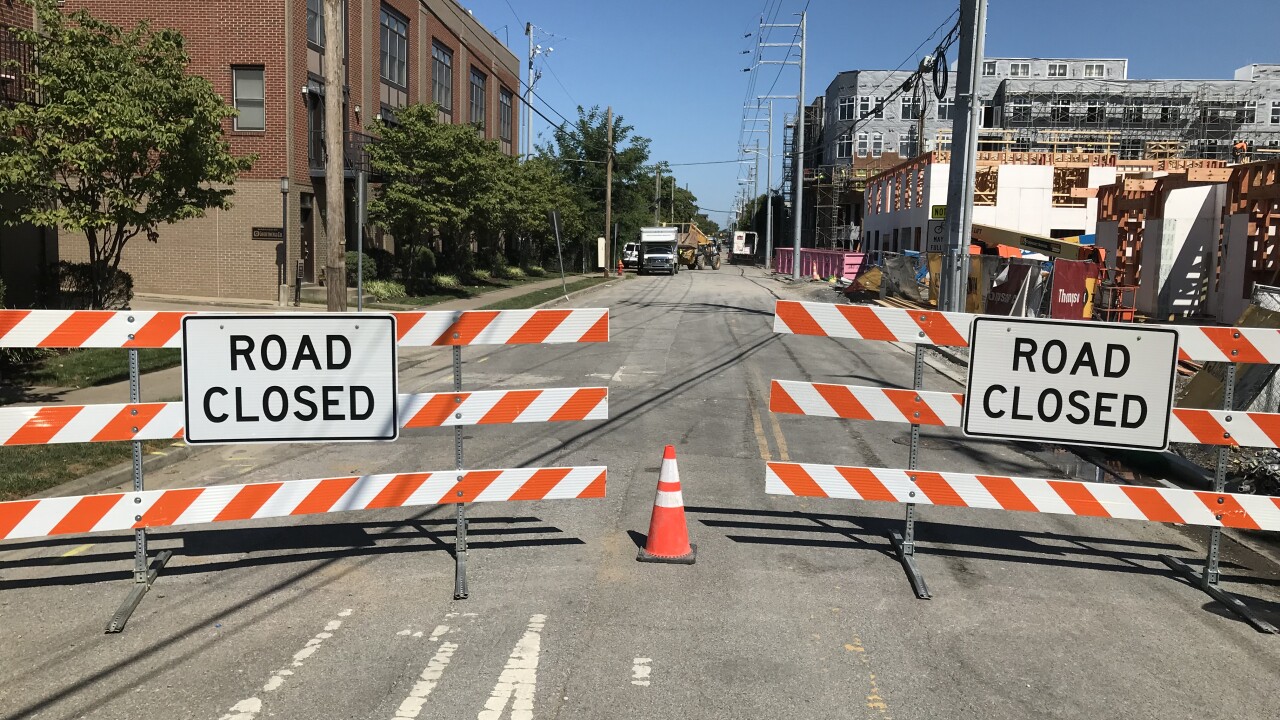 NASHVILLE, Tenn. (WTVF) — A NewsChannel 5 investigation found contractors are shutting down roads without permission because of lack of oversight by Metro Public Works, the department that issues permits for road closures.

Attorney Rob McKinney is tired of closed roads downtown. "I see this every day driving to and from work around town," McKinney said. He cannot understand why a lane on Union Street near his office has been shut down for eight months. "It's a safety hazard, and it blocks traffic. There's absolutely no benefit to the city," McKinney said.

The contractor kept closing the lane to work on renovating the inside of a building. They renewed lane closure permits month after month so he could put a dumpster there, but we found many days where there was no dumpster - just workers' parked cars.

The downtown road looked like a parking lot. "It's cheaper for them to block the road and park there than pay for their employees to park," McKinney said.

Then there's this stretch of 3rd Avenue near the Sounds baseball stadium. Construction crews have totally closed it to traffic for the past six months, but the only permit they had to close the entire road expired back in April.

Rick Kirkpatrick is the Permits Manager with Metro Public Works and he said both roads were out of compliance. "We're doing the best we can with the booming of Nashville especially downtown," Kirkpatrick said.

Kirkpatrick said Union Street should not have been closed just to park cars. He said it should have been open on days when no dumpster was there. And the department made the contractors at 3rd Avenue, Alliance Multifamily Builders, LLC get retro active road closure permits -- at a cost of nearly than $5,000, and JE Dunn was forced to get an additional lane closure permit.

That money will eventually go back to Public Works.

"I have one inspector downtown," Rick Kirkpatrick said.

NewsChannel 5 Investigates asked, "Can one inspector possibly cover all that?"

Kirkpatrick responded, "They do the best they can."

NewsChannel 5 Investigates said, "That sounds like there are some that fall through the cracks,"

When they fall through the cracks Metro loses out on the money from permits and roads stay closed longer than they are supposed to be. NewsChannel 5 Investigates asked, "How are roads staying closed even after the permit has expired?"

Kirkpatrick responded, "Basically it's enforcement. It's the contractor doesn't take the time, everybody gets busy."

Metro's own list of road closures seems to be missing a lot of closed roads - raising concerns many contractors are not renewing permits and roads stay closed longer than even Public Works is aware.

Vice Mayor Jim Shulman has taken the unusual step of setting up a special committee just to look at road closures. "This is people blocking out streets driving everybody crazy and we need to figure out a solution to the problem," Shulman said. "I just want in one place, in one committee people looking at it and trying to figure out exactly what's going on," Shulman said.."

The committee will question some of the things we found. And examine whether road closure permits are too cheap; currently it costs $100 to get a week long permit.

"If you are blocking an entire street that nobody can use because people are just parking there, that's not acceptable," Shulman said.

NewsChannel 5 Investigates asked Rick Kirkpatrick with Public Works, "How can that committee help you get more roads open?"

As the summer went on Rob McKinney became so frustrated he started tweeting about the Union Street closure to Public Works. "I felt like I was on a twitter rant, because I couldn't come down the road it was blocked," McKinney said.

After we started asking questions, Union Street was re-open, but McKinney questions many of the other roads closed all over town."This is one isolated incident in my world, but I guarantee you it has mushroomed all across the city," McKinney said.