Controversial weed killer may force some farmers out of business 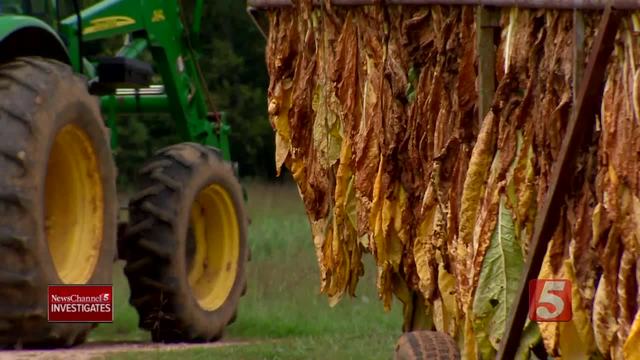 Concern about damage from a controversial weed killer leads to state putting restrictions the product. 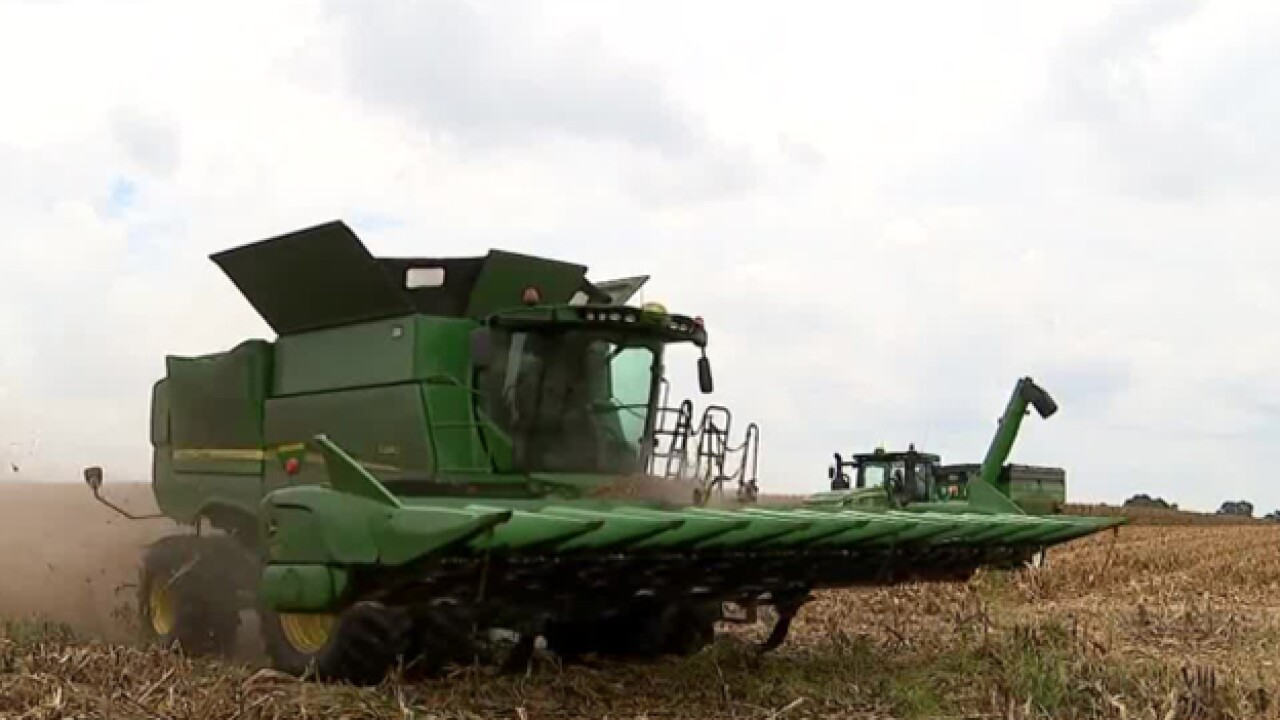 Some farmers are claiming a controversial weed killer is forcing them out of business.

Just last month the EPA approved the use of Dicamba use for another two years with some new restrictions.

It follows lawsuits and investigations here in Tennessee and across the country involving Dicamba.

Tandy King has grown Tobacco in Maury County for decades.

But he said he's about to go out of business because his crops have been badly damaged for two straight years.

"The leaf is about a third of the size it needs to be," King said pointing to recently harvested tobacco leaf.

He blamed a neighboring farmer for spraying a controversial weed-killer, that drifted off target, and landed on his tobacco plants.

"Why would you want to spray a chemical that has the potential to drift over on your neighbor and destroy his crop?" King asked.

Attorney Andie McKeller represents King who is suing a neighboring farmer as well as the agricultural giant Monsanto, recently purchased by Bayer, which sells Dicamba.

"It's an environmental crisis and most don't know it's even going on," McKeller said.

McKeller further claimed, "They released this knowing that it is still volatile. It would drift and harm crops and gardens and trees."

The Tennessee Department of Agriculture received 135 complaints about Dicamba damage last year, which they say is a large number.

"We saw we were not doing enough in 2017 when the complaints skyrocketed," said Keith Harrison, Assistant Commissioner with the Tennessee Department of Agriculture.

The state instituted some emergency rules and the number of complaints dropped by more than half this year to 52.

University of Tennessee Professor Larry Steckel said Dicamba can drift up to a half mile from where it is sprayed.

"Dicamba can pick up hours later after the sprayers left the field and pick up as a gas and get caught in a low fog and move," Steckel said.

But he said Dicamba points to an even bigger problem in American agriculture.

So Monsanto started selling genetically engineered seeds that are resistant to Dicamba.

When farmers spray their fields with Dicamba, it kills the weeds but the genetically engineered seeds survive.

King's lawsuit claims Monsanto has effectively forced farmers to buy their seeds to protect themselves from Dicamba that might be sprayed on neighboring farms.

"Unless you have a crop that is Monsanto Dicamba resistant, you can't stay in business," said attorney Andie McKeller.

Steckel insisted the herbicide is safe and won't hurt people, but said Monsanto put their product on the market without the usual testing.

"Land grant universities weren't allowed to vet it and take a good look at it before it hit the market," Steckel said.

He said it won't be long before weeds grow resistant to Dicamba, but for many the damage will already be done.

"This has basically run me out of business," said King.

Bayer which owns Monsanto declined an on-camera interview, but sent a statement saying they've seen a significant decrease in off target movement of Dicamba.

In part of two of this report we will hear more from the state and from the owner of a resort on Reelfoot Lake in Northwest Tennessee who said Dicamba has damaged 200 year-old trees.

Here is the full statement and additional information provided by Bayer (Monsanto) via e-mail.

In regard to farmers purchasing our seed, it’s important to know that we have the dicamba-tolerant trait in our best germplasm so we can give growers our top technology in the best, highest-yielding seed. Farmers buy seed based on how it performs and in 2017 farmers planted 25 million acres of dicamba resistant soybeans and cotton. In 2018, that acreage increased to 50 million acres!

In regard to testing the technology, XtendiMax with VaporGrip Technology has been extensively researched and tested*. Prior to issuing a label, the EPA spent several years reviewing and analyzing that data and research. This season we’ve also partnered with 13 university programs to further evaluate VaporGrip Technology and the low-volatility profile of XtendiMax under various localized conditions. Initial research feedback and grower experiences further confirm that low-volatility dicamba formulations can be used successfully in-season, and we look forward to seeing full results from those academic collaborations. We invite you to reach out to those academics conducting XtendiMax research to hear their perspective. In addition, Monsanto is supporting multi-year research trials at 21 Land Grant Universities [monsanto.com] (including the University of Tennessee).

(*Additional background) Extensive testing and evaluation was conducted by Monsanto and third-parties, including GLP-compliant studies, large-scale field trials, greenhouse trials and lab tests which included more than 1,200 distinct tests in controlled environment, e.g. humidome and Hoophouse, and more than 25 field studies representing broad geographies were conducted. In case you are not aware of the history of the product, development of XtendiMax with VaporGrip Technology began with a product known as "M1691". And during 2012 and 2013, academics in Georgia, Arkansas, Mississippi, Indiana and Tennessee began testing M1691 for drift and weed control.