A Metro councilman is calling it "an emergency" situation. For the last three years, Metro has leased the city-owned assisted living facility called Autumn Hills to a private company to run. But, NewsChannel5 Investigates has exposed ongoing problems 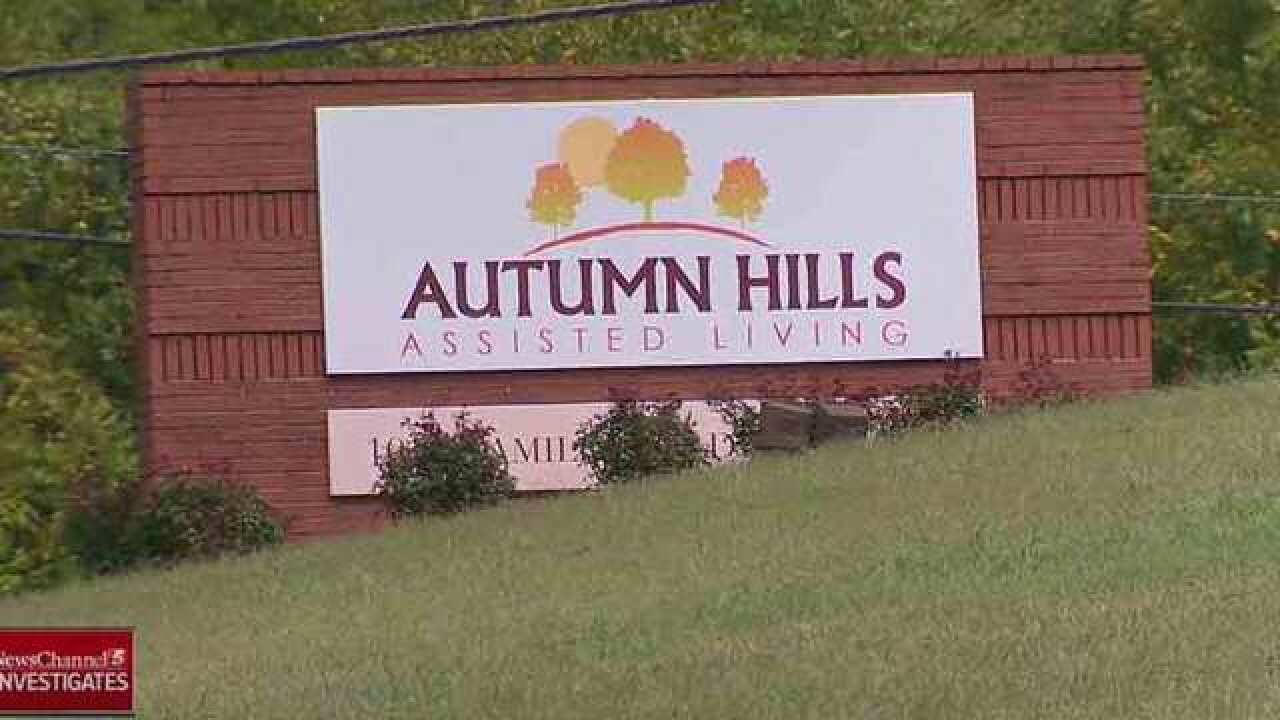 A Metro councilman is calling it "an emergency" situation. For the last three years, Metro has leased the city-owned assisted living facility called Autumn Hills to a private company to run. But, NewsChannel5 Investigates has exposed ongoing problems there. Now, some say the situation must be addressed immediately.

"This could be your mother, your father..." he said.

He went on to urge the council to approve a motion to end the city's agreement with a private company to run the assisted living facility.

Three years ago, the city made a deal to lease the site to Autumn Hills Living Partners, a deal that could have allowed the company to eventually buy and develop the land around it.

"As the district council member, my concern continues to be and has always been the 84 residents," Leonardo described as he introduced the motion.

He said he's been concerned about the financial problems at Autumn Hills first exposed by NewsChannel 5 Investigates and how the company's owner failed to come up with the money to buy the facility this past summer as laid out in the lease.

And, then, Leonardo added, "Here recently we've come to get some new information that makes this more of an emergency."

NewsChannel 5 Investigates first revealed several months ago that Autumn Hills failed to get required liability insurance. The man then running the facility, Mike Hampton, assured the city he would take care of it. But, the city recently discovered there still is no insurance.

This isn't the first time someone has sounded the alarm. After our initial investigation, councilman Jim Shulman called on the mayor's office to address the ongoing problems. Four months later, little, it appears, has been done.

Shulman told fellow council members he too is sponsoring the motion because, "It's time I think to get some of these things moving and get it in front of us so we can actually start figuring out how to make this thing work."

The motion approved by the council still needs to be voted on and approved two more times.
There will be a public hearing on the plan Jan. 3.