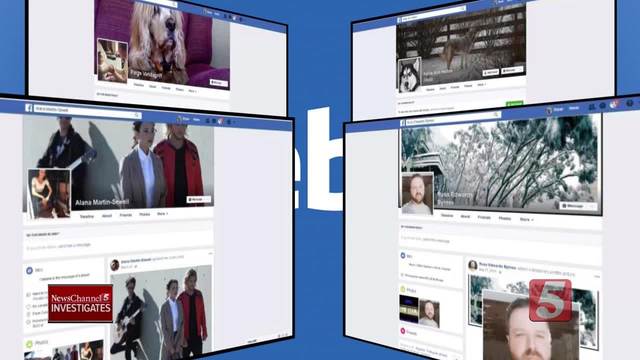 Country music fans from across the country discovered they were scammed after trying to buy tickets to CMA Fest from someone they met through Facebook. That seller and many of her Facebook friends have what appear to be fake profiles. 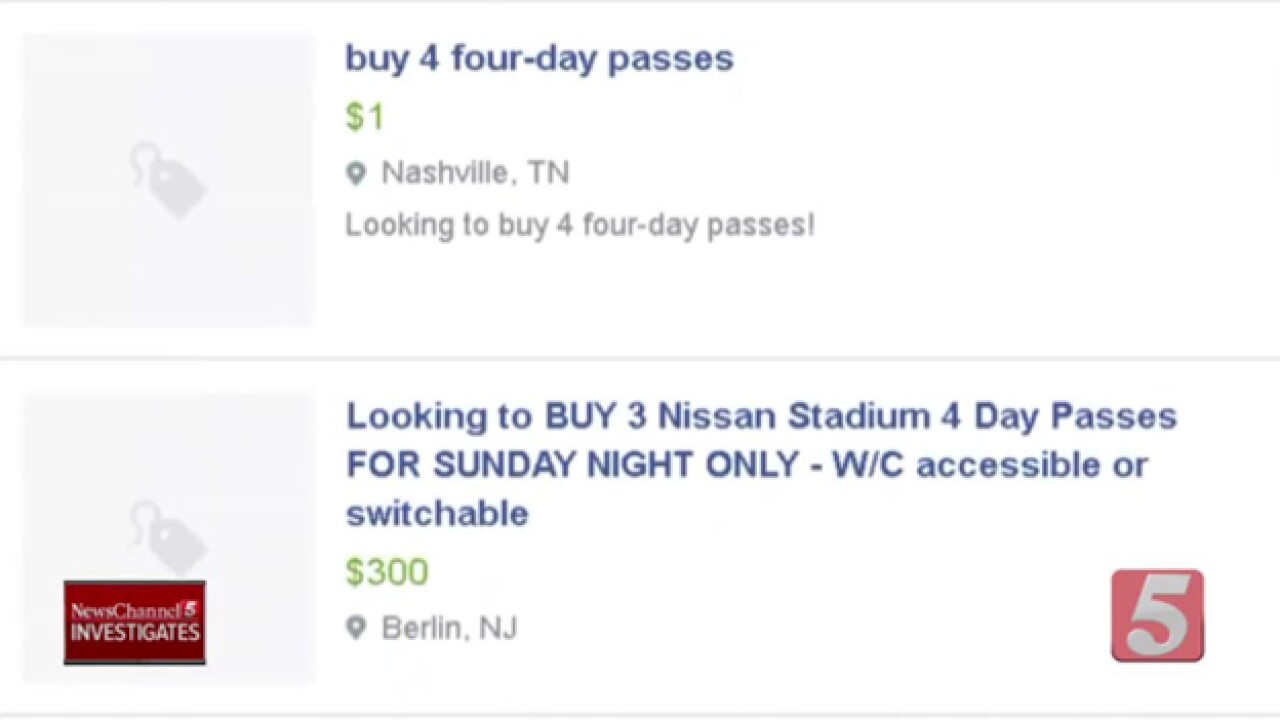 Facebook may be a fun way to keep up with family and friends, but country music fans have learned the hard way, that it's not the place to buy tickets for CMA Fest.

They bought tickets then discovered, they'd been scammed, and to top it of, they said Facebook didn't even seem to care.

"I was buying four four day passes to the Gold circle," MaryKate O'Reilly from Illinois explained.

Christy Hyer from California told NewsChannel 5 Investigates, "I was going to buy three."

Unfortunately, both women got ripped off through what appears to be an elaborate scam on Facebook involving dozens of fake profiles.

"It angers me that there are people out there not only doing this, but they're getting away with it at this point," Hyer said.

Both women posted on the private CMA Fest 2018 Buy Trade Sell page that they were interested in tickets to the nightly shows at Nissan Stadium and both quickly got replies.

"I don't even know who it is at this point exactly," Hyer admits.

The person claimed to be Jess Coffee who said she was a wife and mother from Florida who went to CMA Fest every year.

"In fact, she said I'd probably be sitting close to her in the same section, that she had secured seats in the same row, EE that I was going to buy."

After she got their money, she disappeared and the women quickly discovered Jess Coffee wasn't who she said she was and neither were many of her Facebook friends. Instead, they all appear to be part of a complex web of fake profiles that like and comment on each other's pictures and posts to seemingly give the appearance of legitimacy.

"It's elaborate. There's at least 57 profiles that are set up very similar to these,"  MaryKate O'Reilly told NewsChannel 5 Investigates.

Most of these fake profiles, we found, have a picture of a baby or an animal as their profile picture. One named Paige Vandagriff, claims to be a grandmother caring for her grandchild. She's got a photo of her dog here that was "liked" by other fake profiles in this apparent web.

"Facebook is basically responding oh, thanks for the report," Hyer explained.

She was especially frustrated that Facebook said there was little they could do.

"If people are out there reaching out, saying they're being scammed on Facebook through their website and they've been reported and Facebook is just saying too bad, that makes them in my opinion, an accomplice to a crime because they're allowing it to continue to happen," Hyer stated.

She and O'Reilly have discovered they aren't the only victims of this scam. They've found at least 15 others.

O'Reilly says her husband warned her about buying tickets this way. She says she's learned her lesson.

Other victims tell us they reported Jess Coffee's profile to Facebook last year after she scammed them. But it wasn't until we reached out to Facebook and gave them a list of some four dozen suspect accounts that the company finally began removing some of these profiles, including Coffee's. They said they're now investigating. In the meantime, if you're going to buy something, it's best to know exactly who you're doing business with and deal with them face to face.

Thank you for bringing these profiles to our attention. We are investigating these reports and we will remove any profiles that violate our Community Standards. We encourage our community to report anything they see that they don’t think should be in Facebook, so we can take swift action. These scams violate our policies and have no place on Facebook. We have a dedicated team and automated systems to help detect and block these kinds of scams. As technology improves, we will continue to look carefully at other ways to use automation. Of course, a lot of the work we do is very contextual, such as determining whether a particular comment is hateful or bullying. That's why we have real people looking at those reports and making the decisions. We continue to encourage people to exercise caution when shopping online, and if they do see anything suspicious to report it via facebook.com/report. After someone makes a report to Facebook via facebook.com/report, we’ll investigate it and take the necessary action to counter and prevent it including blocking accounts and removing violating content all at once. If a purchase is made outside of Facebook we have no way of verifying that a purchase was made or how much a person spent. It's important to remember that fraudulent activity is bad for everyone, including businesses and consumers on our platform, so we have a strong incentive to aggressively prevent this kind of behavior on Facebook.