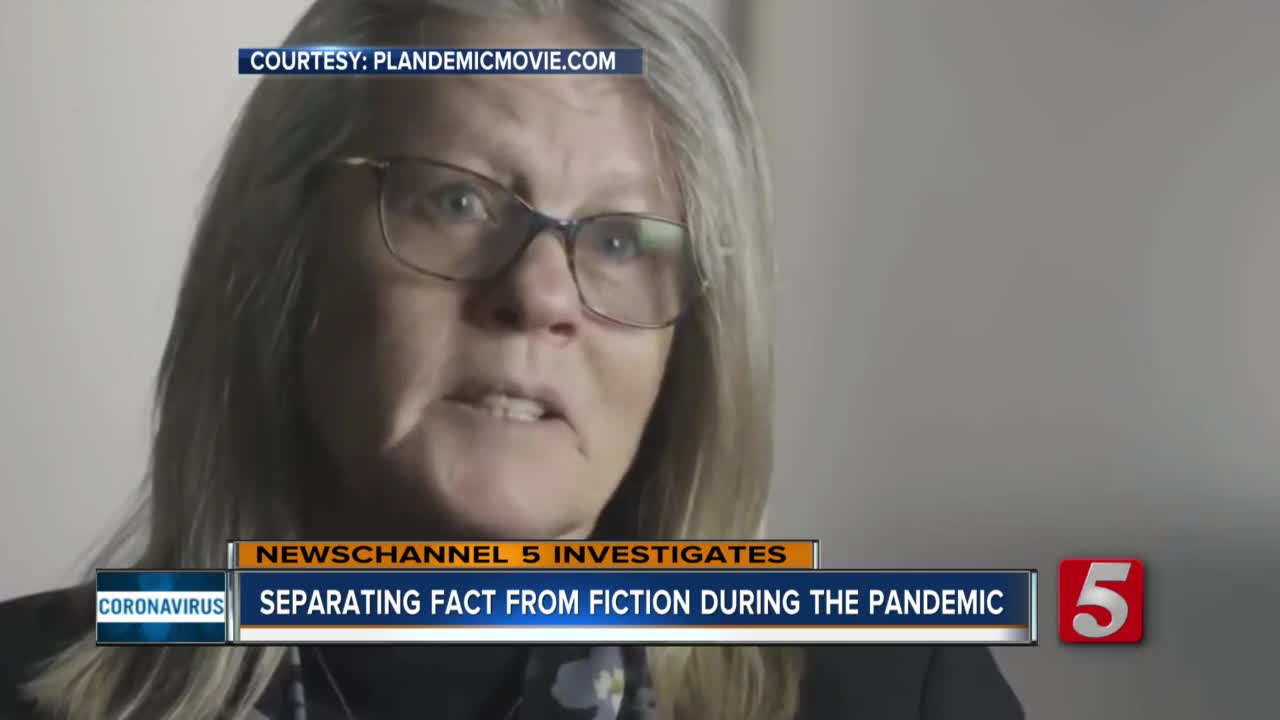 Log on to social media, and you'll probably find some of your friends sharing wild COVID-19 conspiracy theories. That's why NewsChannel 5 decided to investigate the truth about the coronavirus. 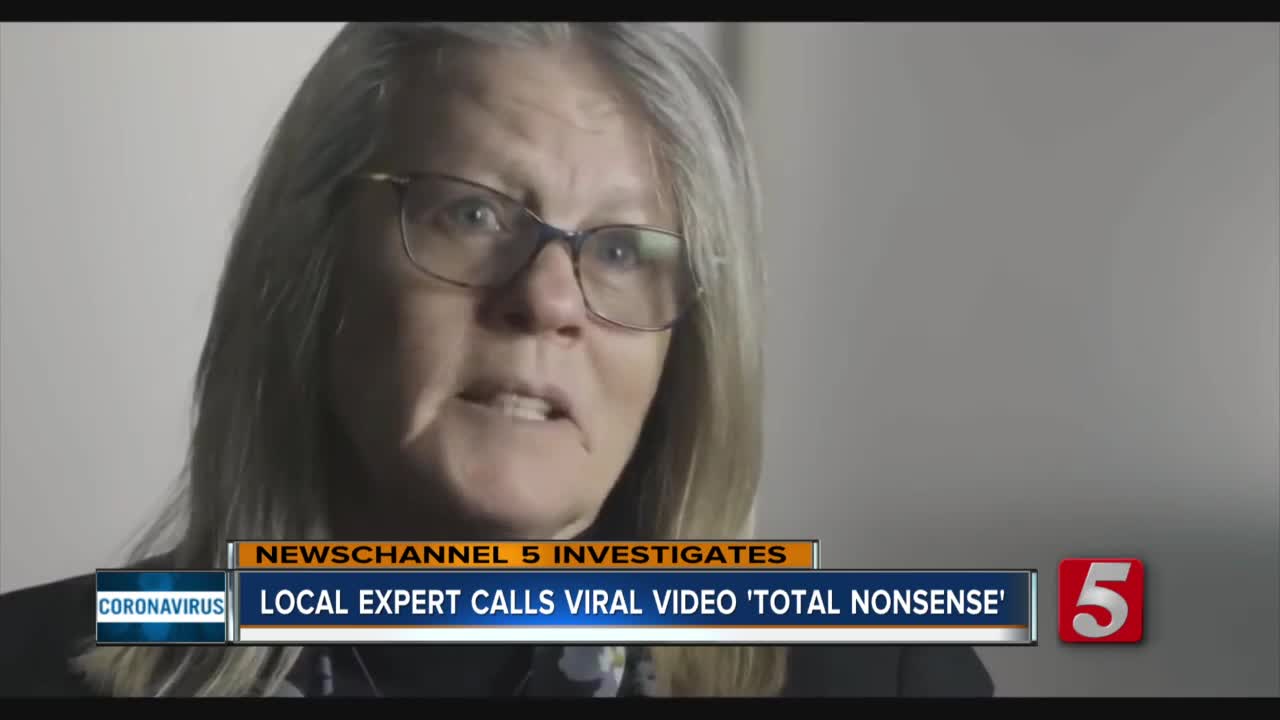 That's why NewsChannel 5 decided to investigate the truth about the coronavirus.

Pretty much all of those conspiracy theories are packed into a viral video, called "Plandemic," that has made the rounds.

But one well-respected local infectious disease expert, who knows the discredited researcher at the center of the video, said the claims have very little to do with science.

"All of us take science for granted every single day," said Dr. James E.K. Hildreth, president of Meharry Medical College. "We fly on planes six miles in the air without worrying about falling out of the sky."

"The fact that we trust science so much in our everyday lives -- but somehow in a pandemic we've decided not to trust the science -- is puzzling to me."

Hildreth's life's work has been studying the spread of infectious diseases. In recent months, he has been a key advisor to Nashville Mayor John Cooper on the city's COVID-19 response.

"As a scientist myself, it's kind of disconcerting to realize that people have trusted science for so many things," Hildreth said.

"But now in a pandemic when they should trust it the most, they seem not to be doing that."

The conspiracy-filled film features Dr. Judy Mikovits making one outlandish claim after another.

"I know Dr. Mikovits," Hildreth said. "She got into some trouble years ago because she thought she had found the virus for chronic fatigue syndrome. It turned out to be a gross mistake."

Mikovits made headlines in 2009 with what was first described as a medical breakthrough that linked chronic fatigue syndrome to a virus.

But her study quickly faced questions about possible data manipulation.

And Science, the journal that published her paper, eventually retracted it, saying it had lost confidence in her research.

"I think all of that has led to a bitterness and a sense of disappointment that your life's work has ended the way that it has ended," Hildreth said.

The video claims there was a vast conspiracy to silence Mikovits, headed by none other than Dr. Tony Fauci.

"I was held in jail with no charges. I was called a fugitive from justice. No warrant," Mikovits claims.

But NewsChannel 5 Investigates searched back to 2011 and found newspaper headlines about Mikovits being jailed on a fugitive warrant.

And we obtained the warrant.

The charges: Count 1, possession of stolen property. Count 2, unlawful taking of computer data and equipment from an institute where she had worked.

Those charges were eventually dropped.

The Plandemic interviewer suggests to Mikovits, "I imagine these people stand to make hundreds of millions of dollars that own the vaccines."

"And they'll kill millions," she responds.

Among Mikovits's many bizarre claims: that coronavirus is actually spread through a vaccine.

"There's absolutely no evidence and no possibility that coronavirus is being spread by vaccines, the current vaccines, the measles or any other vaccines," Hildreth said.

Another bogus claim: a supposed cure for autism that's being kept from the public.

"It literally gave kids with autism a voice, a life. What did Bayer and Monsanto do? They took it away from everybody. You couldn't get it to save your life right now."

Suramin is not only not being suppressed, one blog calls it one of 2020's "most promising autism treatment research projects."

NewsChannel 5 Investigates found video of the doctor leading that study.

"Can suramin improve or cure the behavioral symptoms of autism in some children?" asked Dr. Robert Naviaux of the University of California, San Diego.

"We don't know the answer to this because we've only had one trial with one dose."

A cautionary statement published by UC San Diego emphasizes that both the safety and outcomes of the drug remain "unproven."

Zach Warren, who leads an autism research project at Vanderbilt's School of Medicine, told NewsChannel 5 Investigates that suramin is "something that's openly talked about in autism circles, has been for years."

Warren said there are millions -- or billions -- of reasons not to believe Mikovits' claim that a cure for autism is being intentionally suppressed.

"Actually, there's a lot of financial incentives for people to actually think about coming up with drugs that really help," he explained.

"And I think that was Dr. Mikovits' desire, like all of us as scientists. That turned out not to be the case."

While Dr. Hildreth says he understands that people are frustrated -- which he believes makes them more inclined to downplay the threat -- he said the science shows that the spread of the virus slowed and the models were revised downward only when social distancing was implemented.

"I wish that we would accept science in the case of the pandemic like we do in our every day lives because if we did that, we could put this behind us sooner rather than later."

FactCheck.org: The Falsehoods of the 'Plandemic' Video

NPR: We Take A Close Look At The Viral Conspiracy Video's Claims

PolitiFact: A documentary full of false conspiracy theories about the coronavirus