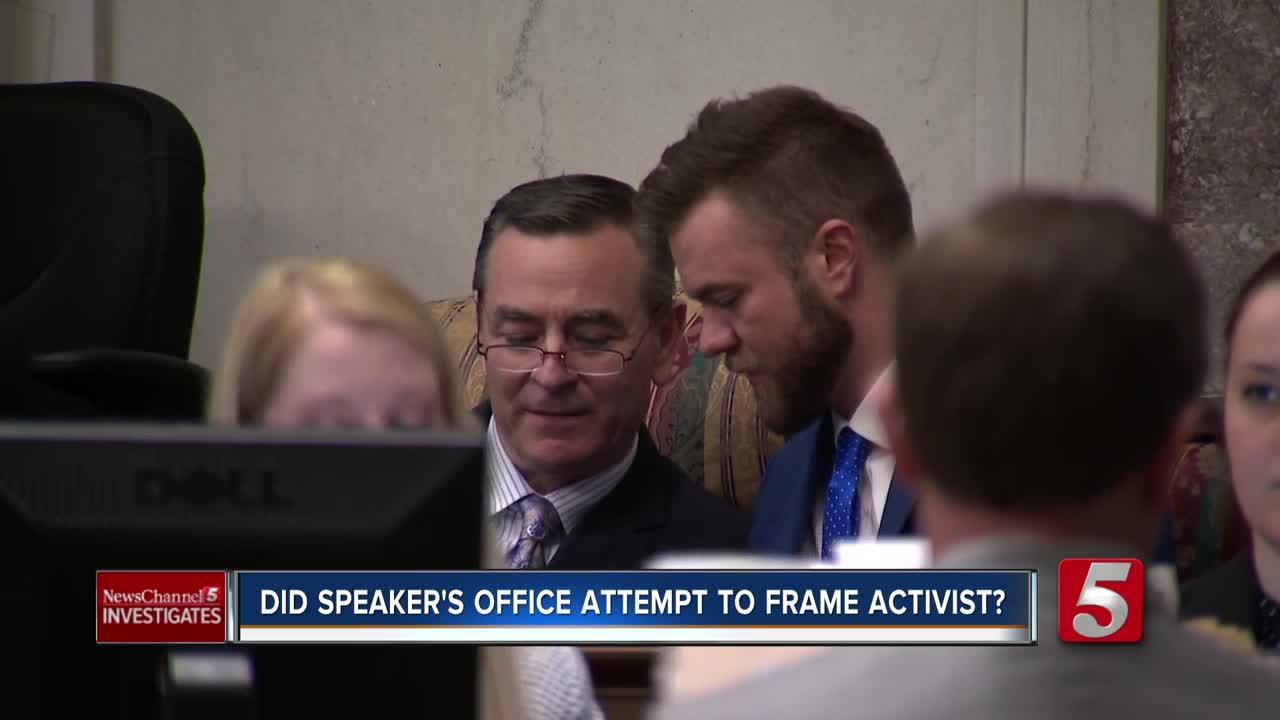 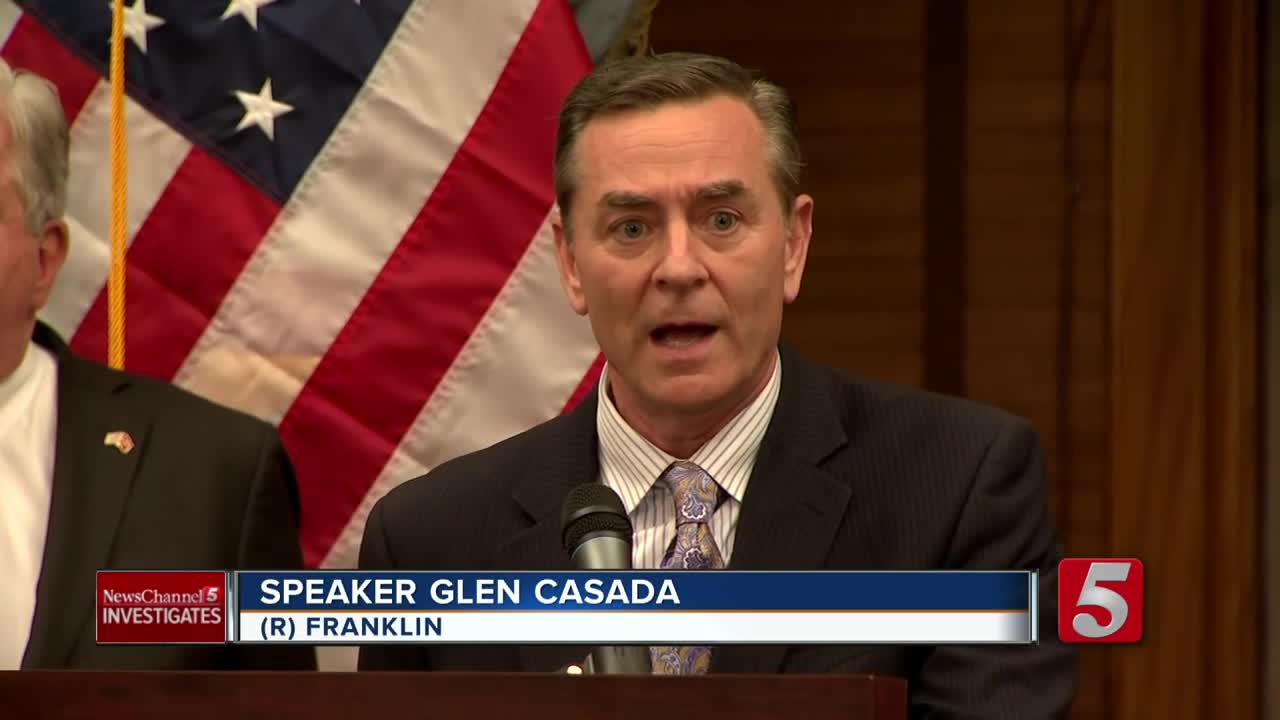 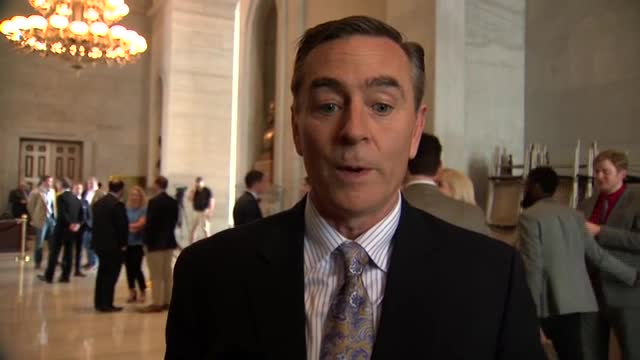 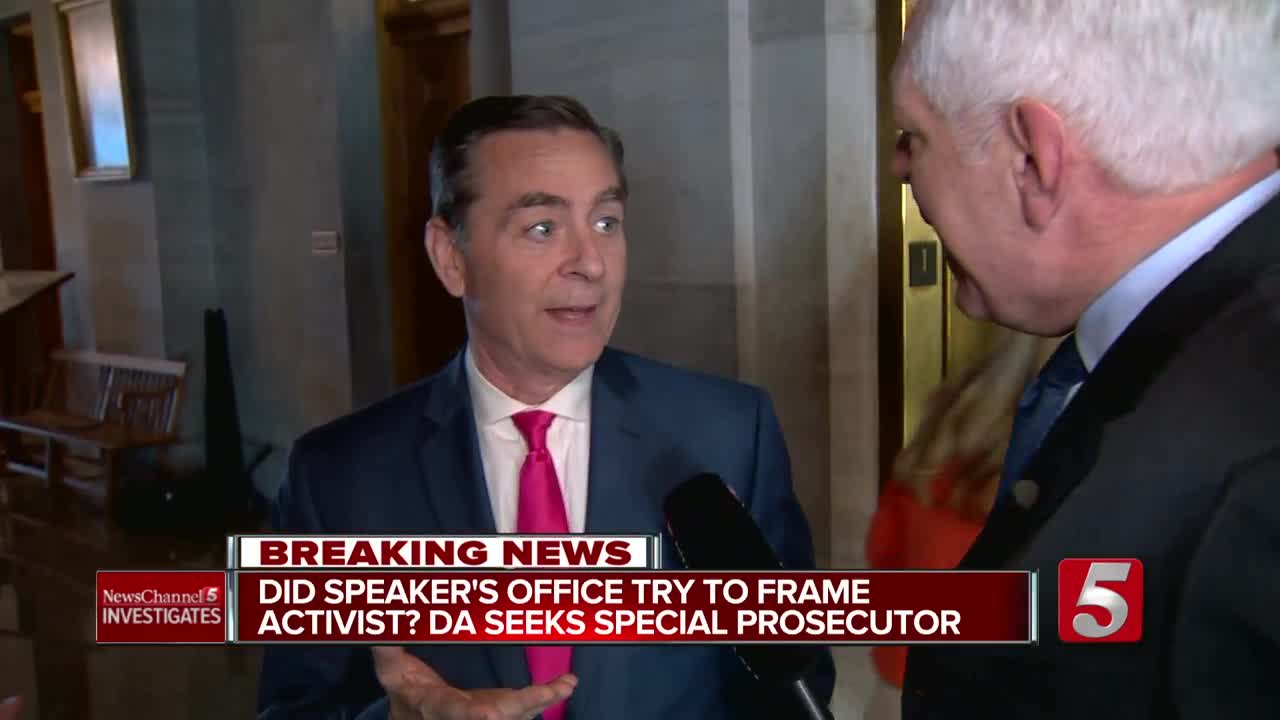 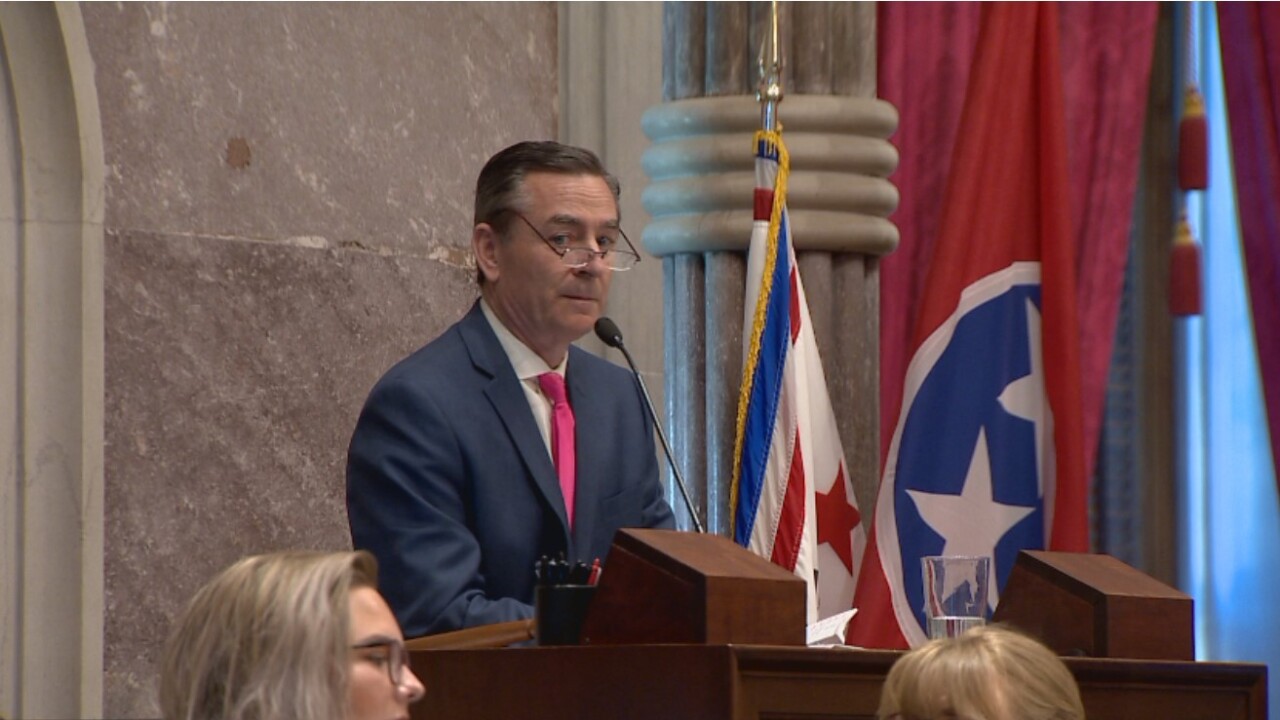 Now, Nashville District Attorney General Glenn Funk has requested a special prosecutor to take a hard look at the case.

"This was an extreme form of retaliation where you are willing to lie to take away somebody's freedom," said Justin Jones, the student activist who was targeted by the Speaker's office.

This year, Casada repeatedly found himself at the center of protests -- protests over voting rights issues, as well as the legislature's refusal to remove the bust of Confederate Gen. Nathan Bedford Forrest from the state Capitol.

One of the main thorns in the Speaker's side has been Jones, a Vanderbilt divinity student and civil rights activist.

"This was a mean group," Jones said. "You see a sort of drunkenness with power. There is an extremism that's happening."

Jones said that, while former House Speaker Beth Harwell routinely met with his group to hear their concerns, Casada has refused.

And the protests had escalated.

In late February, a cup was thrown onto the Speaker's elevator -- and Jones was arrested for assault.

He was released on bond on the condition he have no contact with Casada.

"This many months later, I have not had any contact with Casada or have not been at the Capitol. So I followed the no-contact order."

But in early March, Funk's office filed a motion to revoke Jones' bail, citing an email Jones had allegedly sent to Casada's chief of staff that was copied to the House Speaker, thus violating his bond conditions.

"It was a shock because it was my freedom," he said. "If this would have went through to revoke my bond, I would be in jail right now until my court date. So this is not something I take lightly."

The young activist later learned that the DA's motion was based on a photo of an email with the date of March 1st -- just one day after the no-contact order.

But Jones had the original email. The real date was February 25th, which was before his arrest.

The DA's office now admits their evidence came from the Speaker's chief of staff.

"I know nothing of that -- nothing," Casada told NewsChannel 5 Investigates.

What about Cothren? How would he explain the email with the March 1st date?

NewsChannel 5 Investigates tracked him down at the state Capitol.

In fact, Cothren's relationship with Jones has been contentious.

When the activist had tried to find out why his request for a meeting hadn't been acknowledged, Cothren had falsely tried to convince him he had misspelled the word "capitol" in his email address.

And text messages provided by a former acquaintance show an exchange with Casada in which Cothren appears to refer to a West Tennessee district with a "black people" meme.

In a text with other friends, Cothren said "black people are idiots."

WARNING: The following tweets contain offensive language. NewsChannel 5 has chosen not to censor them in order to provide full context to the story.

Exhibit 2: @NC5 provided this image to @GlenCasada chief of staff Cade Cothren to give him a chance to respond. He has not responded. pic.twitter.com/qZbdViKBsU

Exhibit 4: A text exchange with @GlenCasada himself about deployment of field operatives to districts. Both Casada and Cothren were given a chance to respond. Neither did. pic.twitter.com/NQhzjWyYNo

NewsChannel 5 emailed the text messages to Cothren, and he did not deny they were his.

"How can you defend that?" we asked Cothren. "Does that say something about your attitude toward African Americans?"

Still, the speaker's chief of staff refused to comment.

We showed the text messages to Jones.

"You have Cade, the Speaker's chief of staff, calling someone a 'thug n***er' -- and I question, is that how they see us each time we go up there and say we would like a meeting with the Speaker to talk about voter suppression and how it is racialized, we would like to talk to the Speaker about why we have a KKK statue in our state capitol," the activist said.

And how might that explain an altered email that almost got Jones thrown in jail?

Jones can only speculate.

"It was done to put me in jail," Jones said, "which is scary that somebody in such a public office - an office that swears to uphold the state constitution, an office that is in charge of a $38 billion budget - is doing something like this. I mean, it's shameful."

Strangely, the DA's Office says that, before Cade Cothren gave them the picture with the altered date, he had actually given them an email with the original date. He supposedly blamed that one on an IT issue.

When prosecutors could not verify the date, they eventually dropped the motion to revoke Jones' bond.

Speaker Cassada released the following statement Thursday afternoon, after ignoring NewsChannel 5 Investigates request for an explanation for days. Speaker Cassada also spoke to NewsChannel 5. That full interview can be seen in the video at the top of the page:

"The allegations made today by NewsChannel 5 are blatantly false. The email that is referenced and is the central focus of this investigation was not edited in any way, shape or form. On Friday, March 1, Mr. Cothren received an email from the account belonging to Justin Jones. This email was also sent to at least 12 members of the media, as well my own state address and my executive assistant’s address.

When Cothren received this email, he immediately forwarded it to District Attorney Funk because of the recently issued conditions of Mr. Jones’s bond. It was later determined that the email from Mr. Jones was sent on February 25th, but was not delivered to any of the state email accounts until March 1st, due to a security issue.

Once the Assistant District Attorney contacted Cothren with additional questions about the date of the email, Cothren was made aware that Mr. Jones’s email was not sent on March 1st. At this point, Cothren immediately told the ADA that he wanted to reach out to our Legislative Information Systems department to investigate why it looked as if he had received the email on March 1st. The ADA responded to Cothren, making him aware that DA Funk had already requested to file a motion, but offered to strike it, at which point, Cothren requested he do so until LIS could provide clarity on the date discrepancy.

The idea that my Chief of Staff would alter an email that was also received by nearly a dozen members of the media is absurd. It is disappointing that a reputable television station would be so irresponsible to produce a story in such an unprofessional and malicious manner. This calls to question the veracity of their entire story.

I’ve known Cade Cothren for nearly a decade, and I’ve never known him to act in a manner in which these emails and texts falsely portray him."

Speaker Casada also released this email exchange between Cothren and Asst. D.A. William Griffith, which he says shows that Cothren addressed a discrepancy in the date.