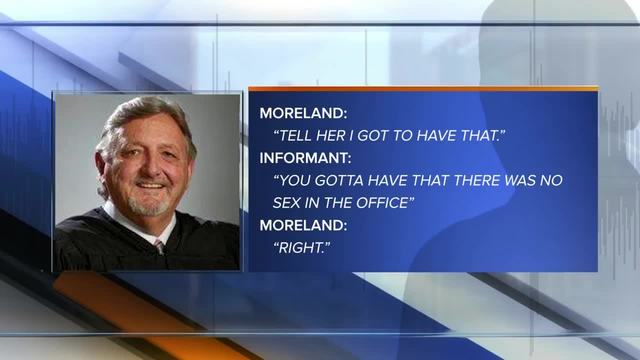 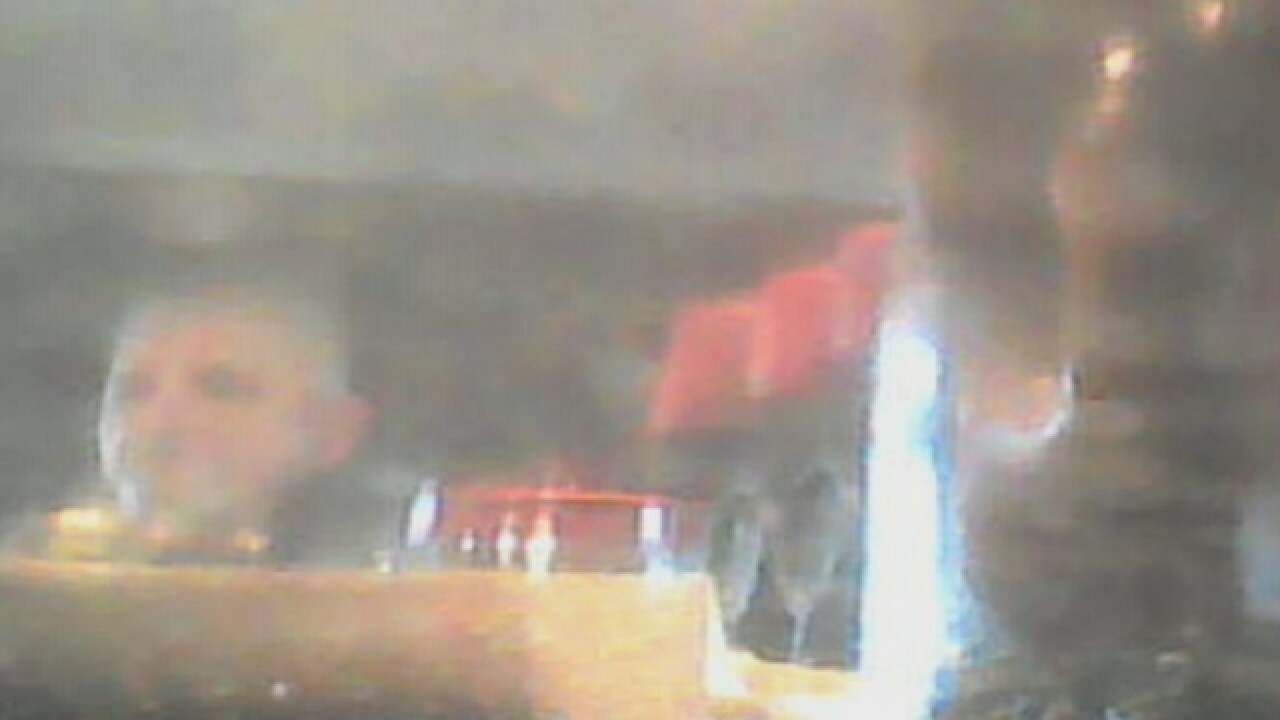 He is charged with obstruction of justice through bribery and witness tampering.

The recordings show Moreland talking about planting drugs on his former mistress and reveal his efforts to pay her in exchange for signing an affidavit recanting parts of her story.

Moreland had no idea the man he was meeting in his home on March 16 was helping the FBI.

The man had a video camera and told Moreland about a fictitious discussion he had with a police officer who offered to plant drugs on Moreland's former mistress, Natalie Amos.

Moreland asked, "What does he want?"

The informant responded, "I don't know if he wants anything. He just... I think his thing is as long as it don't come back to him. And I said "Don't worry about that.'"

Moreland asked, "Is he going to be the one to pull her over?"

The informant responded, "He'll be the one to pull her over. But he's just, his main thing is that it don't come back to me."

Judge Moreland then asked if the officer had a drug dog.

He also wanted to know where the officer worked.

"Who does he work for?" Moreland asked.

"He does something for the DEA and he works part time for another agency," the informant said.

Prosecutors emphasized there was never an officer who was going to plant drugs.

Toward the end of their meeting, Moreland asked the informant if he still had Amos' license plate number which Moreland had given him earlier.

The informant said, "I got it written down where nobody could see it. So yeah, I still got the tag number. So I got that."

Moreland said, "You ought to be able to find her with that."

The phone calls deal with Moreland trying to get Amos to sign an affidavit.

Through the same informant, Moreland offered her money if she would sign.

But the FBI pretended that Amos wanted to keep marking out parts of the affidavit.

"Tell her I have to have that," Moreland said on the phone.

The informant responded, "You gotta have that there was no sex in the office?"

They found the affidavit with Amos' fake signature in the possession of Moreland's attorney, Worrick Robinson.

"I can't talk about the affidavit or anything surrounding the affidavit other than what was discussed today in open court," Robinson said after court Friday.

Moreland's other attorney, Peter Strianse, indicated the plan was to leak the affidavit to the media.

He claimed leaking a document to the media would not be obstruction of justice, which is a federal crime.

He said it may just be an example of poor judgment.