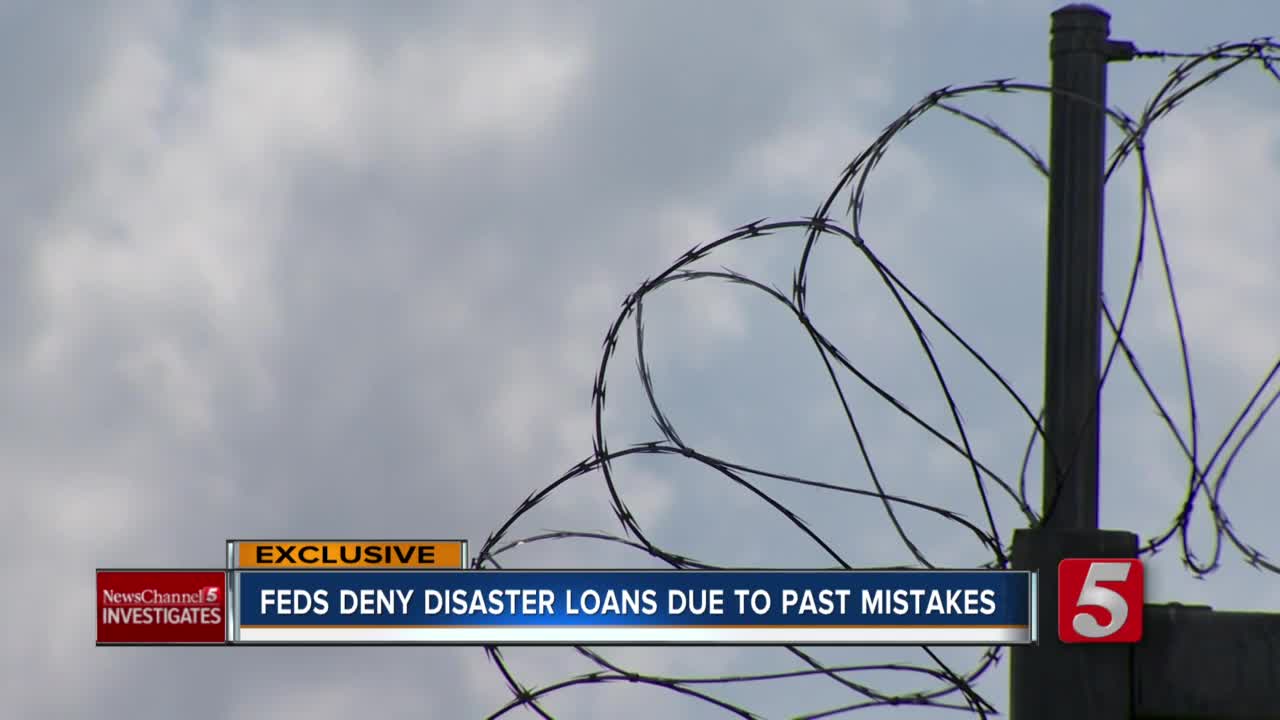 For some people who rebuilt their lives after making mistakes in their pasts, the COVID-19 economic crisis has been an especially cruel blow. NASHVILLE, Tenn. (WTVF) — For some people who rebuilt their lives after previous run-ins with police and became law-abiding citizens, the COVID-19 economic crisis has been an especially cruel blow.

That's because the federal government is telling them that, because of those criminal histories, they cannot get disaster loans to help save their struggling businesses.

Case in point: local businessman Robert Sherrill, who has been listed as one of Nashville's most-admired CEOs.

Sherrill's journey is a story of redemption that he recounted in a book, Journey Back to Now.

The 37-year-old North Nashville native was busted on drug charges at the age of 23.

"I was just selling drugs. I kept going in and out of jail," he recalled.

He did five years in federal prison, then got out and turned his life around.

In his old neighborhood, he co-founded a work space for other entrepreneurs and created a mentoring program to help young people avoid the mistakes he made.

"I've done everything that I've been asked to do, as a returning citizen, to get my community to trust me again, to build my reputation and build my name," he said.

But after the COVID-19 economic shutdown delivered a blow to his business, Sherrill applied to the U.S. Small Business Administration for an Economic Injury Disaster Loan (EIDL).

His application came back as "not eligible due to character reasons."

In fact, Sherrill's redemption was good enough for him to get a pardon for his state charges, but he still has federal charges on his record for which he is also seeking a pardon.

And that, the SBA said, was a deal-breaker.

"I don't know what I'm going to do. I've got all these families dependent upon me and I don't know in the next six months what it is going to look like for me."

Ironically, because Sherrill had a good relationship with his bank, he was able to get money from the Paycheck Protection Program (PPP) to try to keep his employees on the payroll.

The PPP is administered through the very same Small Business Administration that denied his disaster loan.

NewsChannel 5 Investigates noted, "So you have one side of the SBA saying you're an upstanding citizen and another side saying, no, you don't qualify."

Attorney Margaret Love, who runs a nonprofit that helps individuals overcome the legal and social stigma of a criminal history, said, "That seems to be pretty standard operating procedure for the SBA."

Her group, the Collateral Case Resource Center, deals with such issues on a regular basis.

She noted that a slide posted on Reddit by an alleged SBA insider suggests that internal guidelines say if an applicant was ever arrested for a felony, the loan must be declined.

An SBA spokesperson did not dispute the authenticity of the slide.

"Then you don't get the loan, period, end of story," Love said.

"It's certainly an over-broad policy. There are people who are arrested for things that are never convicted of anything."

In addition, "there are probably between 25 and 30 percent of the adult population in this country that have some sort of criminal record. It is inefficient and unfair to bar them from any opportunity in the marketplace and in employment."

The SBA spokesperson said the information in the slide "is incorrect. An applicant with a felony conviction in the last 5 years would be declined. "

Ironically, the denial came from the Trump administration, which has claimed to be a champion of criminal justice reform.

"Everybody said that criminal justice reform couldn't be done, but I got it done, and the people in this room got it done," President Donald Trump said during this year's State of the Union, drawing a rare bipartisan standing ovation.

Sherrill said he hopes the president takes his concerns seriously.

"I hope he reaches out, I hope he pardons me," he added. "That's the only way I am going to be able to compete again."

An SBA spokesperson said that applicants who are denied the disaster loans for character reasons can ask the agency for reconsideration.

In the meantime, the SBA has already run through the $50 billion that Congress appropriate for the EIDL program.

A bill passed by the U.S. House would provide more money for the program and limit the ability of the SBA to use criminal history as a disqualifying factor.

Right now, that bill is stalled in the Senate.