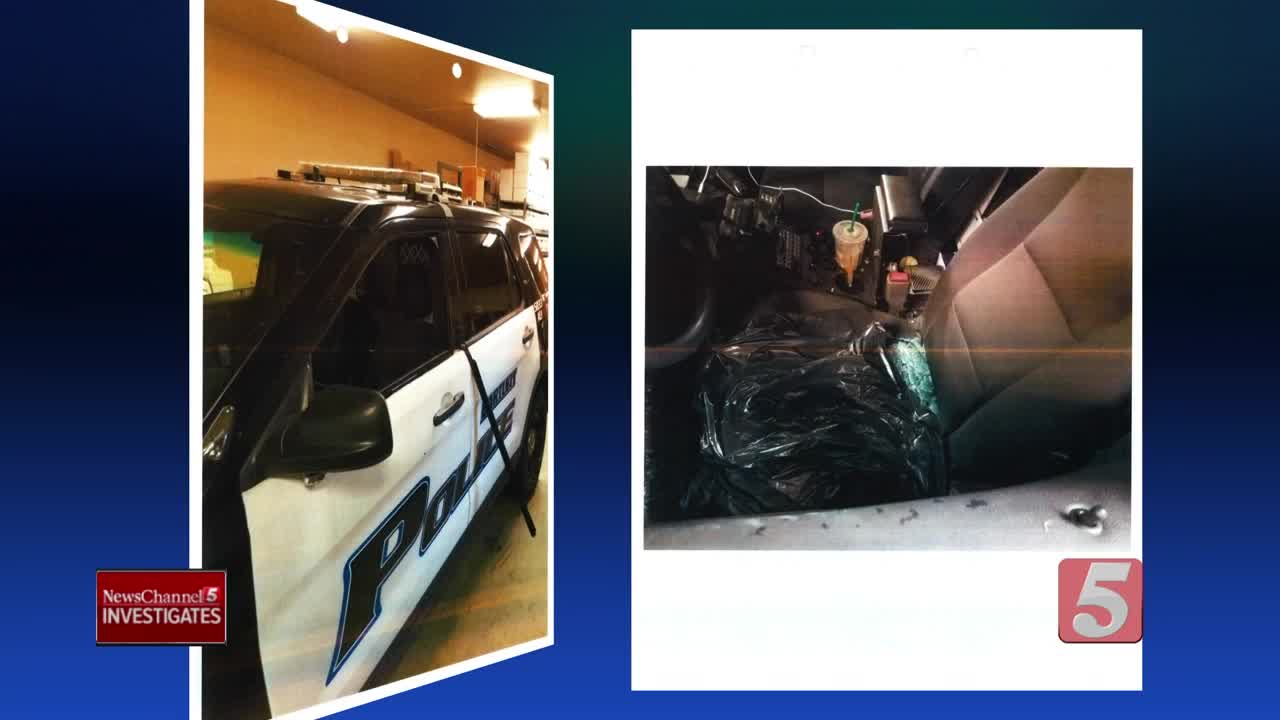 Tennessee has been suspended from a federal program that provides surplus military equipment to law enforcement agencies after one county did not properly report a missing gun. 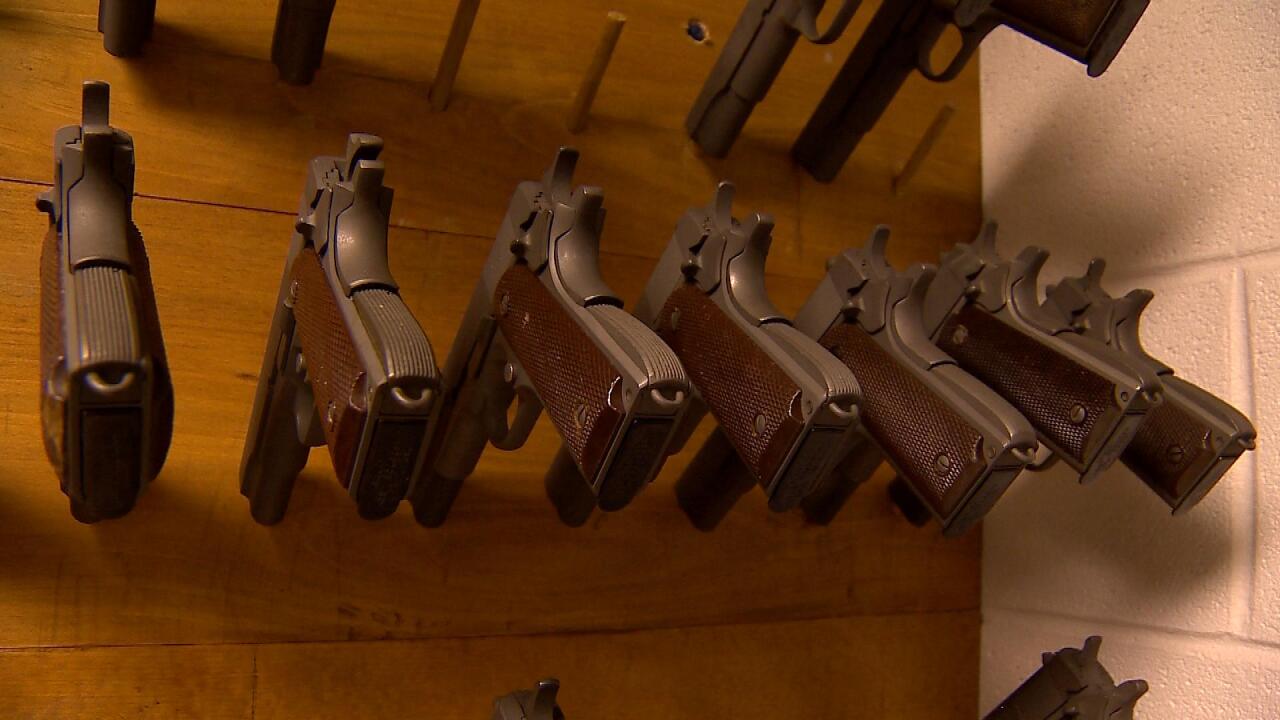 NASHVILLE, Tenn. (WTVF) — Tennessee law enforcement agencies receive more military surplus equipment through a federal program than any other state in the country.

But last month the Department of Defense abruptly suspended Tennessee's Law Enforcement Support Office (LESO) from the program after determining it was out of compliance.

The sixty-day suspension is primarily because one county sheriff did not properly report a lost gun. But our investigation found it is not just one county that lost guns.

As a result, no law enforcement agency in the state can obtain restricted military surplus items such as guns or armored vehicles through the federal program during the suspension period.

It marks the first time Tennessee has been ruled non-compliant and prevented from obtaining military equipment.

Federal investigators were concerned that the McMinn County Sheriff's Office had a missing pistol that it did not report as missing until the night before the federal audit.

NewsChannel 5 Investigates visited the McMinn County Sheriff's Department back in 2014, because the rural East Tennessee department had received more guns through the military surplus program than any other agency in the state.

Sheriff Joe Guy, who is still sheriff today, showed us the guns his department received.

"We actually reconfigured the whole armory to hold all of this," Guy said in 2014.

At the time, McMinn County had received 161 army rifles and pistols, including 71 M16 assault rifles, even though it only had 31 officers and investigators.

"They're here as our department grows we'll have additional firearms for additional officers," Guy said.

But now an audit by the U. S. Department of Defense has determined that Guy's department violated the programs rules by failing to report a lost gun.

David Roberson, with the Tennessee Department of General Services which oversees the military surplus program in Tennessee, said the suspension was because McMinn County lost one of its pistols -- then failed to report it - until the day before the federal audit.

"The fact they didn't do it until the night before makes a good case that they weren't treating this seriously," Roberson said.

In all, Tennessee law enforcement agencies have received more than $138 million of surplus military equipment since the program started in 1998.

All are regularly audited.

"You don't want weapons to go missing or unaccounted for," Roberson said.

In all, NewsChannel 5 Investigates found that the state has suspended five departments in the last two years for not keeping track of weapons.

The Bartlett Police Department outside Memphis lost an M-16 semi-automatic rifle after someone broke into an officer's SUV and stole it.

The Pleasant View Police Department in Cheatham County lost a Remington .45 caliber pistol, when Police Chief Tad Wheeler reported that he took it to the "firing range" to see if it was working properly and that is "the last time" he recalls seeing it.

The town of Pleasant View sent the following statement when asked about the lost gun:

The Town of Pleasant View is aware of the situation with the military surplus LESO program, which occurred in 2019. The missing weapon in question was not a regular duty service weapon, rather a auxiliary "backup" weapon that was not in service. It has been the policy of the Town to periodically take all of our firearms, active-duty and backups, to the firing range to ensure proper safety and functionality our weapons. The Town did a full investigation under the direction of the myself and the City Attorney. We also included the help of local law enforcement agencies, MTAS, and the District Attorney's office of the 23rd Judicial District, who helped the Town bring in a independent, impartial investigator. Appropriate actions have been taken, including but not limited to, new policies with regards to the chain of custody for surplus property. The Town responded to all of the requirements, as well as the requests of the LESO program, in order to be one hundred percent compliant in hopes that reinstatement will occur after the suspension period is completed. Even though the weapon in question was not in active duty, we still view this incident very seriously. Disciplinary actions were taken with the Chief of Police in order to ensure this situation will not occur again.

And the Norris Police Department in East Tennessee reported a .45 caliber pistol stolen, and a subsequent internal investigation found the department failed to "control its inventory of military surplus items."

The Norris Police Department admitted "the pistols were issued for recreational use," and "served no law enforcement purpose." And a former Norris police chief said the department issued military surplus guns to officers to "plink and play with."

"They shouldn't be using military surplus firearms for recreational use," Roberson said.

Roberson says what's different about Norris, Pleasant View, Bartlett and also the Roane County Sheriff's Office, which also lost a pistol, is they all reported their missing weapons immediately, while McMinn County did not.

Federal investigators said some Tennessee departments "were completing their annual inventories -- without physically reviewing the items."

"You should take a list and look at it and say 'yes, yes, yes' and go down the list and put your eyes on every one of the items. Apparently that wasn't being done (in McMinn County)," Roberson said.

Some have criticized the military surplus program saying it leads to increasing militarization of local police departments.

When we visited McMinn County in 2014, officers were on a Department of Defense website looking for more surplus military equipment.

But for at least the next two months no department in Tennessee can get restricted surplus equipment like guns.

As for McMinn County, the state has suspended the department for at least the next 90 days.

The federal government is promising another audit in the next couple of months.