A female inmate claims a corrections officer repeatedly raped her in jail causing her to get pregnant. Her family is now raising the baby as they wait for her to complete her sentence. 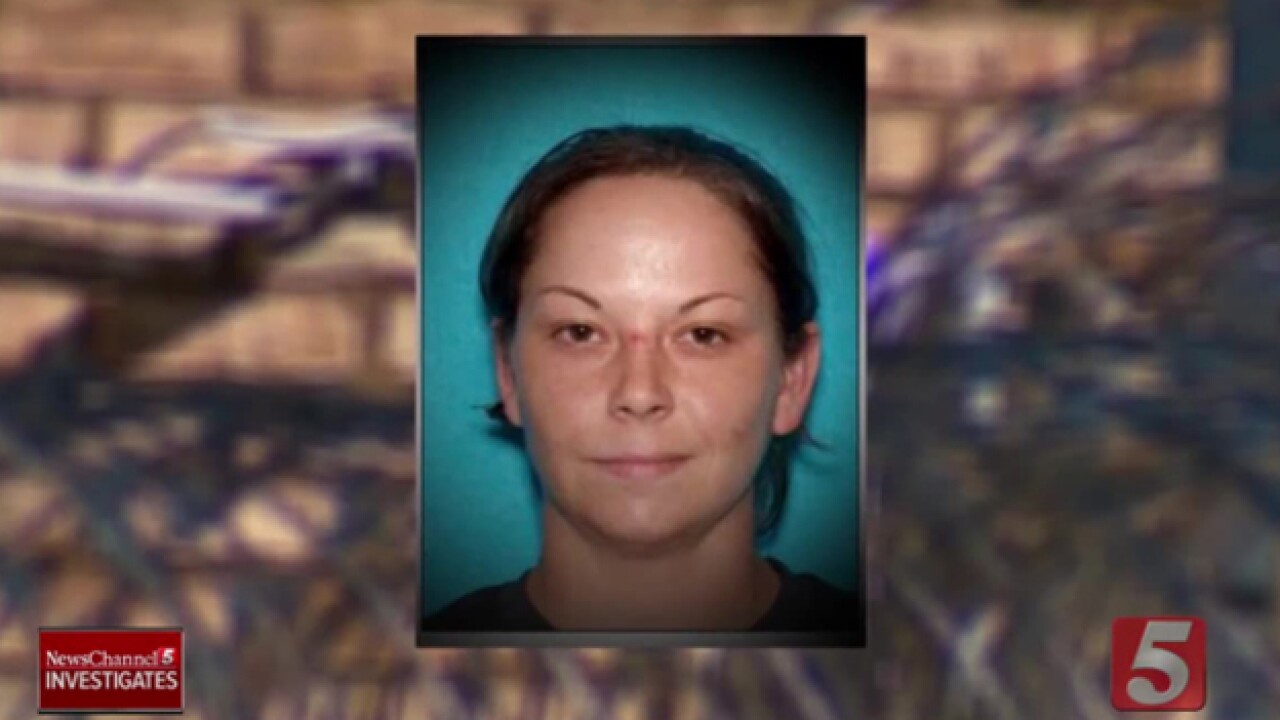 A Moore County, Tennessee inmate who got pregnant in jail, claims she was repeatedly raped by a corrections officer.

​The stunning allegations are in a newly filed federal lawsuit.

The jailer, Shane Hopkins, pled guilty in November to having sex with an inmate and is awaiting sentencing next month.

The parents of the female inmate are now raising her baby while she serves out the rest of her sentence.

NewsChannel 5 does not usually name the victims of sexual assault. But, in this case, the victim, Jessica Fowler, said she wanted her story made public to empower others to come forward.

Jessica's mother, Sharon Fowler, is caring for a newborn grandchild she never expected.

"I tell him every day his mom loves him and she'll be home soon," Fowler said as she gave the month-old baby a bottle.

"Why this would happen? I have no answers," Fowler said.

Sharon and David Fowler remember when their daughter called them from jail, where she'd been for months, with the shocking news.

"She said 'Daddy I'm pregnant' and I'm like 'how do you get pregnant in a jail?' I mean it's not possible," David Fowler said.

Jessica was sent to the Moore County Jail in Lynchburg, Tennessee last year on a probation violation.

The federal lawsuit claims she was repeatedly raped by corrections officer Shane Hopkins.

According to the suit, he was newly hired and had not yet completed his training.

"This had to be a power trip. It had to be power -- and that would be his power over her," Sharon Fowler said.

In the lawsuit, Jessica claims Hopkins told her not to tell anyone because no one would believe her.

"These are your superiors. They tell you what you are going to do every day," Sharon Fowler said.

Last May, Jessica showed signs of being pregnant and was moved out of the Moore County Jail.

After an investigation, Hopkins was arrested and pled guilty to sexual contact with an inmate and official misconduct in November.

He is now on the state's sex offender registry.

"As far as the boy, I blame him 50 percent and I blame the rest of it on the county," Fowler said.

"That's just to cover them. That's to put the blame on the kid, not them. It's their fault. They didn't train him. They didn't run the jail, no supervision."

The lawsuit claims the jail was understaffed and that, during at least one rape, "Hopkins was the only corrections officer on duty."

Attorney Ben Raybin represents Jessica, "She is just one of many women who has been abused by men in positions of power."

Jessica's father said, for those who may question whether what happened was consensual, his daughter has never been interested in men.

"She's a lesbian. That's all I know. I don't get involved in my child's stuff - that part of her life," Fowler said.

The result of the assault is a baby who will one day have questions the family doesn't know how they will answer.

​"Jessica has cried to me many times, how ... what will she say? Why does he not have a father? Who is his father?" Fowler said.

Jessica was moved to a state prison to deliver her baby.

Her family expects her home in April.

The Fowlers say the baby is a blessing, but it is also proof of what happened behind bars.

They worry this has happened to other women in other jails.

"What happened to the other girls that are in there? What state of mind are they in?" Fowler questioned.

Although Jessica wanted to talk to us, the Department of Correction would not allow us to do an on-camera interview with her.

The Moore County sheriff said there is "absolutely" enough supervision at his jail, but neither he nor Hopkins' attorney commented on the lawsuit.