He was sent to prison for a crime he did not commit. The former mentor was accused of sexually assaulting the young boy he was paired with. Just recently, his conviction and sentence were overturned. In his first sit down interview, William Arnold describes why moving on it hasn't been easy. 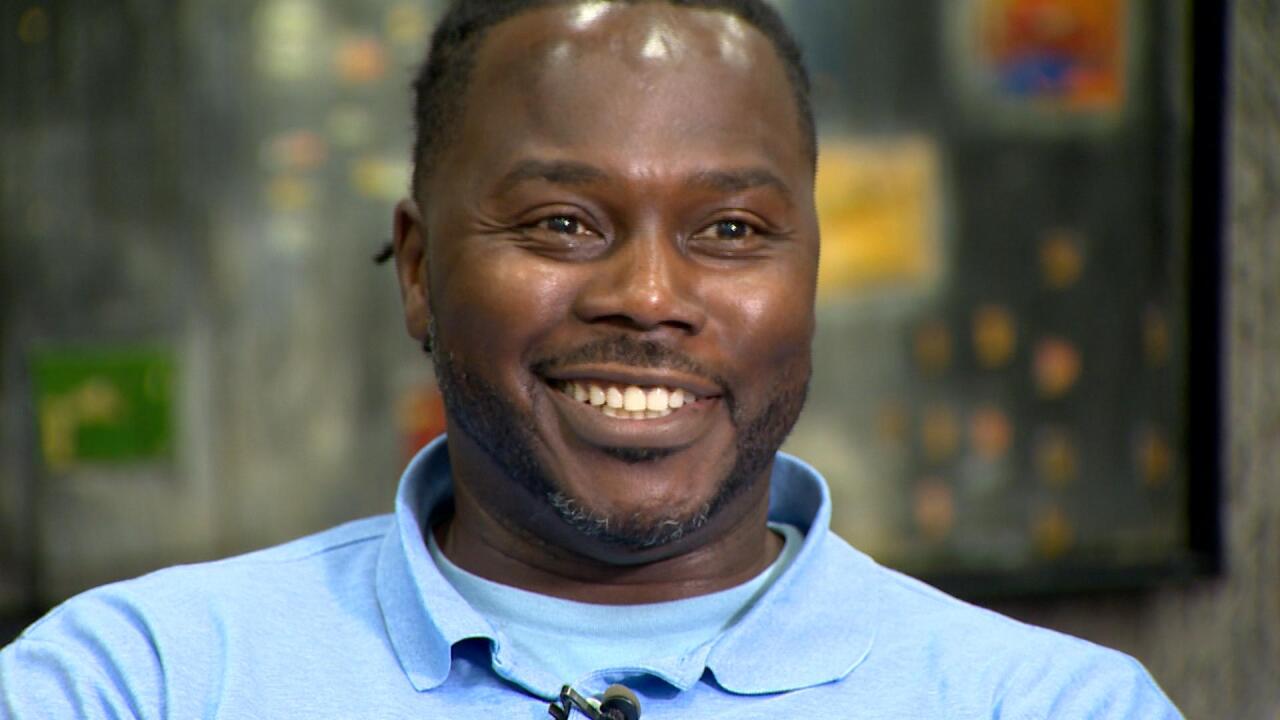 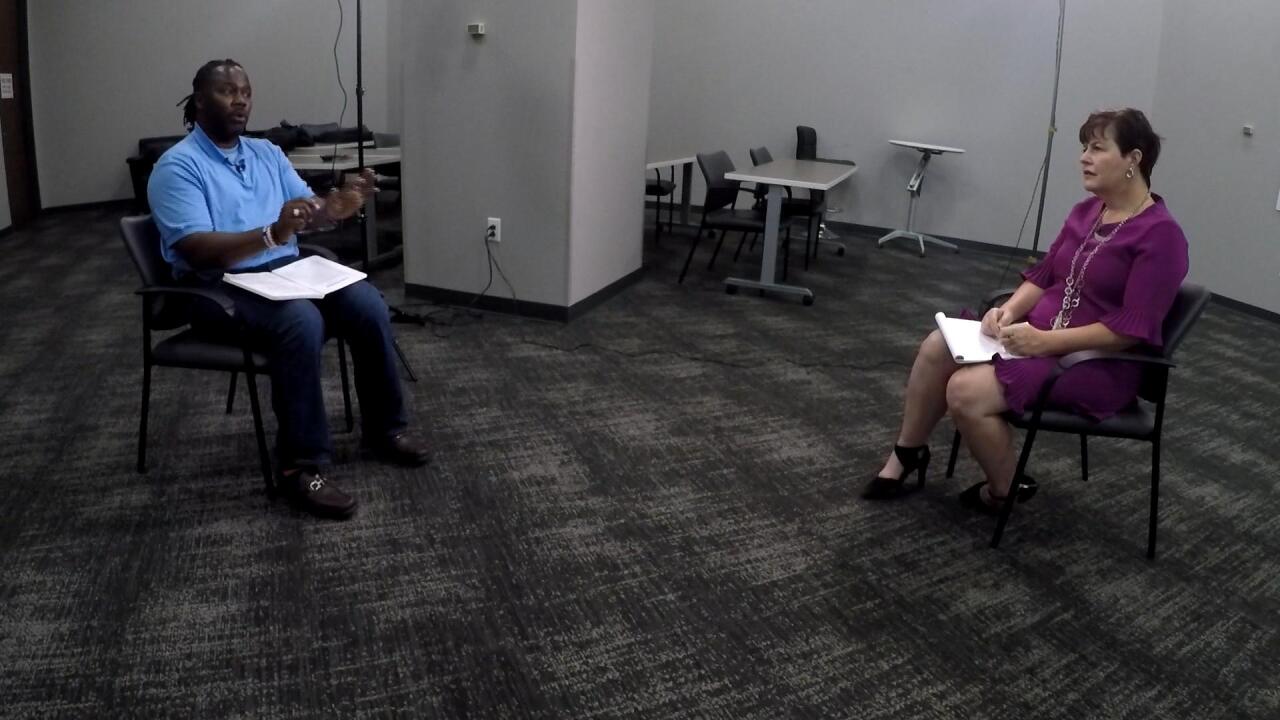 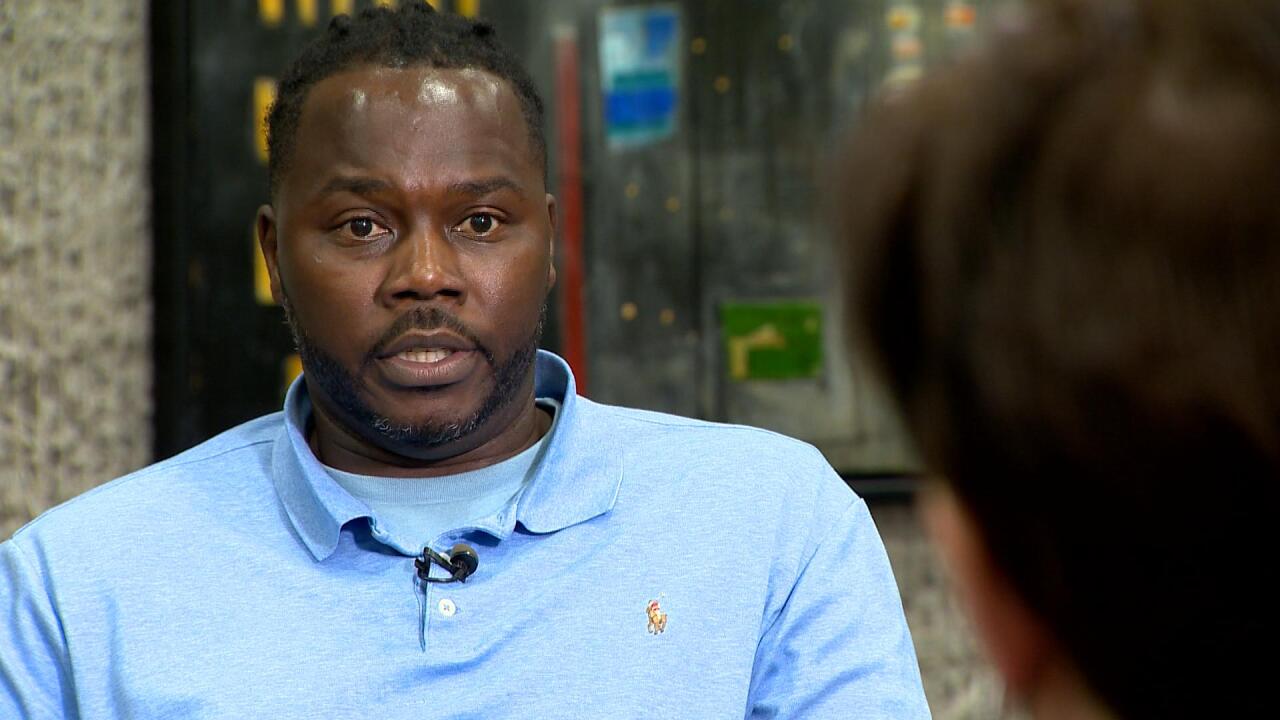 NASHVILLE, Tenn. (WTVF) — He spent nearly seven years in prison for a crime he did not commit.

And just recently, the courts recognized that and released him.

So what does life look like now for William Arnold and how does he move on?

In his first sit down interview since his name was cleared, he describes how and why it hasn't been easy.

But it was seven years ago, a Davidson County jury found him guilty of the unthinkable, raping a young boy he'd been mentoring through the Big Brothers Big Sisters program.

"So I saw no chance of being convicted....I never thought. I actually had clothes in the car to go out celebrating in the car that Friday," Arnold recalled.

He had taken a few days off from his job for the trial, thinking he'd be right back at work.

He never imagined he'd be sentenced to 25 years in prison for something he insisted he did not do in a case where there was very little evidence.

"The judge said, 'I’ve got to take you into custody.' So there was no getting my affairs in order. My life was instantly snatched from me," Arnold said.

"I just remember taking off my tie, my watch, my ring and giving it to my dad and I just gave them the thumbs up and said, 'It’s going to be all right.' Because at that time I couldn’t say anything else," he added.

Arnold was 39 at the time, had been working for the Tennessee Board of Regents and regularly volunteered in the community.

"And this wasn’t the first time you’d been a mentor?" NewsChannel 5 Investigates asked.

Arnold described his accuser as bright and a "good" kid."

He said they had a good relationship until one day out of the blue, the boy's mother confronted Arnold and accused him of sexually assaulting her son.

Soon after, she filed a multi million dollar lawsuit against Arnold and the Big Brothers Big Sisters organization which ran the mentoring program.

"That's my son that he did this to," the mother of Arnold's accuser told us back in 2011 shortly after she filed that lawsuit.

She told us of the sexual encounters between her son and Arnold, "I know it happened more than maybe ten times."

She said when.her son started acting out sexually, she asked if someone had touched him inappropriately and when she asked if it was WIliam, the mother says her son said yes.

"At no time did the accuser ever call me William. I was his mentor. It was either Mr. Arnold or Dr. Arnold. So that should’ve never been any confusion," Arnold responded.

"This is a case about jumping to conclusions," Arnold's post-conviction attorney Pat McNally told NewsChannel 5 Investigates.

McNally said this was a case of two Williams: William Arnold and the 17 year old younger brother of the mother's boyfriend, also named William, who admitted in a videotaped interview with investigators that he'd had a sexual relationship with the young boy.

"We have been telling them you have the wrong William," McNally insisted.

But Davidson County prosecutors went ahead with their case against Arnold.

"The charges against Dr. Arnold would cause anyone who heard it to go, 'Oh my gosh. That’s horrible. He ought to be locked up.' But when you start doing a slow quiet search for the truth, you realize that there was another explanation, that this guy shouldn’t have even been charged," McNally said.

"Prison is a place where your dignity is taken away from you. You are no longer seen as a person. You’re just a body there," Arnold described.

He was held at the Bledsoe County Correctional Complex where he says the guards often retaliated against him for filing grievance or complaining about how he and others were being treated.

"Because you were in prison, as a guard, I can say whatever I wanna say to you, I can do whatever I wanna do to you and there’s not a whole lot you can do about it. It’s my word against them. And I’m not going to win against them. And so that was a lot of the mentality the prisoners had there. That was you can’t win. I have an extensive paper trail to show how TDOC, as an organization, has a very rubberstamp way of just dismissing what inmates say and allowing this culture of harassment and retaliation to occur in the prisons," Arnold stated.

He continued, "So how do you face that? How do you deal with that? You know for me, it was faith. It was just saying, 'You know I can’t do anything about this.God, this is yours. And I’m gonna wake up every day and I’m gonna let you do what you do."

"Imagine sitting in a prison for something you did not do. I can’t," attorney Gary Kellar said.

Kellar is Arnold's civil attorney representing him in the lawsuit filed by the accuser's mother while Pat McNally led the effort that finally freed him.

"I am concerned about how long it took before someone could finally have a court say this was a wrongful conviction," McNally shared.

It finally happened earlier this year, when the Tennessee Court of Criminal Appeals overturned Arnold's conviction and sentence.

In an unusually long 70 page ruling, the court called Arnold's trial attorney "ineffective" while the prosecutor was "exceedingly improper" in her closing arguments, "mocking" him. The court called the assistant district attorney's "comments and behavior""overwhelmingly inflammatory."

The ruling also highlighted the findings of Dr. Barbara Ziv who during a post-conviction hearing testified saying, " I can say William Arnold's behavior in no way, shape or form conforms to the pattern of behavior of a child molester or a pedophile."

The Big Brothers Big Sisters organization had hired the renowned forensic psychiatrist to review the case after Arnold's conviction.
She also interviewed the victim who by then was a young man.

According to Arnold and his attorney, that interview was a game changer.

"And her (Dr. Ziv) coming out of that interview and calling the lawyer who hired her and saying Dr. Arnold didn’t do this. She didn’t just say, 'I don’t believe he didn’t do it. He didn’t do this,'" McNally elaborated.

"And as we were driving away from the prison, I forced myself to look back at the prison and look at the sign. I literally wanted to see Bledsoe County Correctional Complex in my rear view mirror, or in my own personal rear view mirror.

But it wasn't until June that the district attorney's office announced it was dropping the case. The head of DA Funk's conviction review unit told the judge he'd reviewed the case and no longer had confidence in Arnold's conviction or guilt.

"What did that feel like?" NewsChannel 5 Investigates asked Arnold.

He paused and then replied, "So, so many things."

After that hearing, Arnold walked out of the courtroom with his attorney finally a free man.

But moving on, Arnold admitted isn't easy. He recently looked himself up on the state prison directory.

"And I put in my inmate number and it’s like I never existed. They don’t even have me as released. It’s like it was wiped clean. But I know in here and in here it wasn’t wiped clean. It’s still there. And there’s still a lot of unpacking I know I have to do just to to become whole again," Arnold shared.

And the civil suit filed by the boy's mother still has not been resolved yet. While she had agreed to drop him from the case, after he was released from prison, she filed suit against him again.

"And I think that perhaps may be the reason that the plaintiff's counsel has refiled because the burden of proof is so much easier and different," Kellar added.

"And what does it say to you?" NewsChannel 5 Investigates asked in response.

"It’s (the case) about money. Always has been," he answered.

"So you think this is basically just a money grab?" we asked.

"Without a doubt in my mind. Yes," Kellar said.

"What would you say to your accuser at this point?" NewsChannel 5 Investigates asked Arnold.

"Just tell the truth. I mean tell the truth and get it off your heart. Life is short and none of us has any idea how much longer we’re going to be on this earth. And you don’t want to take this to your grave."

"Do you have words for his mother?" we then asked.

"No! Not one," Arnold immediately responded.

Now 48 and living in Memphis, Arnold said he's trying to catch up with family and friends and figure out what he wants to do next.
Whatever it is, he shared, it will not involve mentoring.

"I will never mentor again. Ever!" he said emphatically.

"It was too traumatic an experience. I mean, had I not volunteered, we would not be sitting here. I wouldn’t have lost six years, nine months of my life." Arnold said.

Arnold journaled extensively while in prison and he hopes to publish his writings soon to help others.As to whether he will seek any sort of compensation for his wrongful conviction, Arnold and his attorney say they have not decided yet.