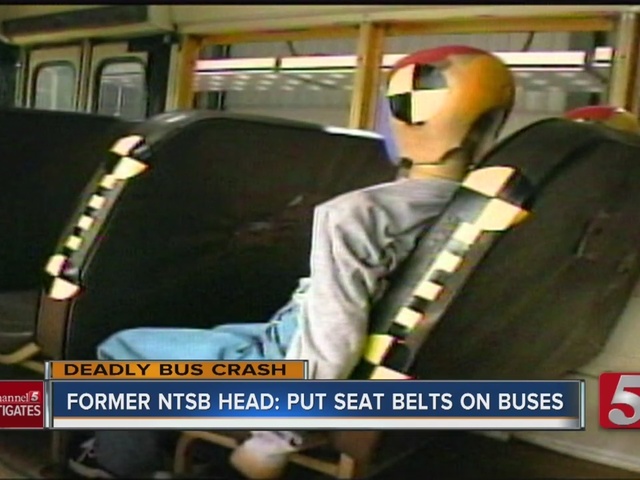 One of the nation's leading safety experts says the evidence is in: seat belts on school buses would save lives. 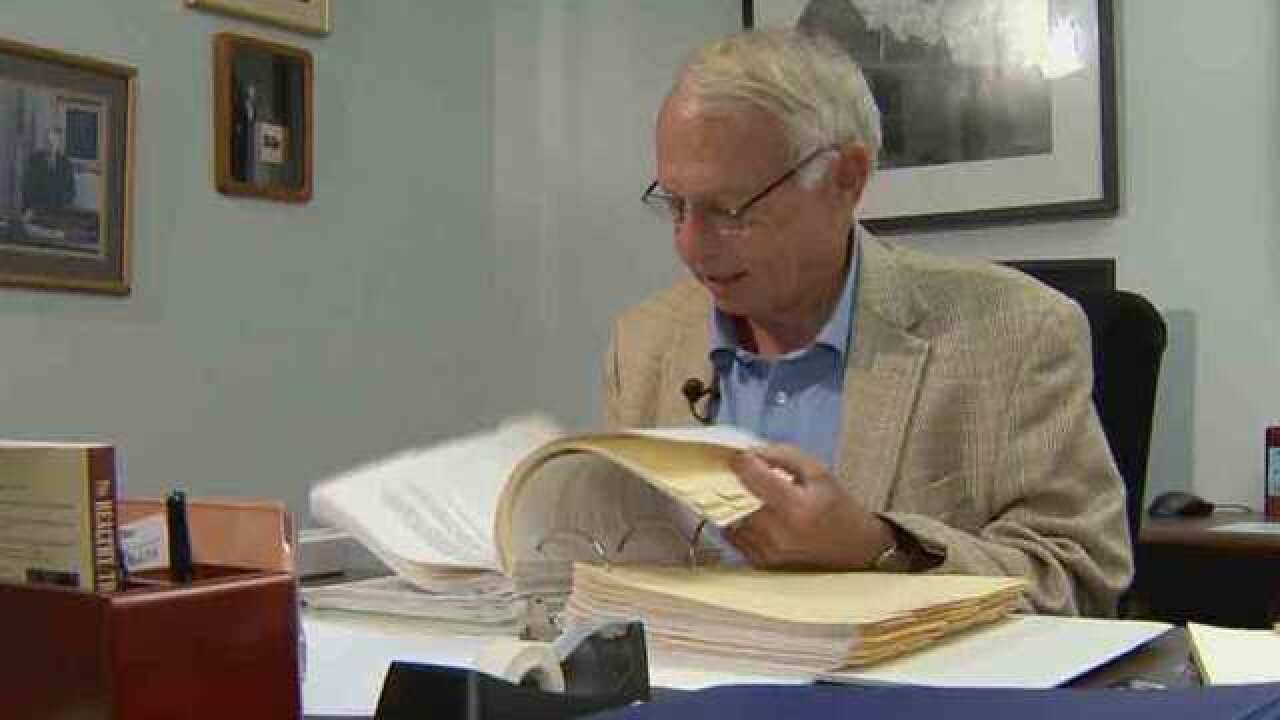 A deadly school bus crash in Chattanooga now has politicians saying they want to talk about seat belts on school buses.

But one of the nation's leading safety experts says there's really not a lot to talk about.

Jim Hall, former chair of the National Transportation Safety Board, says the evidence is in: seat belts on school buses would save lives.

"I am hopeful that the state of Tennessee will join the six other states at some point and require seat belts in school buses -- so we can say truthfully we are doing everything we can to keep our children safe in that very important responsibility of transporting them back and forth to their school," Hall told NewsChannel 5 Investigates.

The Chattanooga native was interviewed about the issue before this most recent crash, but confirmed Tuesday that his views have not changed.

Over the years, we've heard politicians say that their "thoughts and prayers" are with the victims, but then nothing actually gets done to solve the problem.

Seventeen years ago, Jim Hall headed the NTSB when it produced a definitive study on school bus safety.

For years, buses had relied on cushioned seats -- a system called "compartmentalization" -- to protect children in crashes.

That 1999 study showed that, in the event of side-impact crashes and rollovers, those cushioned seats did little to save lives.

"This myth of compartmentalization is really just a cover so the expense and responsibility of seat belts are not borne by the school districts," Hall said.

Video from a seat belt manufacturer shows that, in a rollover crash, children are thrown around like clothes in an dryer.

But video, using modern seat belts, shows they stay securely in their seats.

"The technology has improved," Hall said. "The highways have become more dangerous, but the kids are still placed in these vehicles without seat belts."

Two years ago, a rollover crash in Knox County killed two children and a teacher's aide -- leading to legislation to require seat belts on all Tennessee school buses.

But when the bill came up for a vote, it died in subcommittee as lawmakers decided it was probably not worth the cost.

"We'll definitely take care of this for sure -- just don't know when," the subcommittee chair, Rep. Terri Lynn Weaver, R-Lancaster, said with a smile after the 2015 vote.

Hall's reaction: "Again, it's a situation that economics trumps common sense and safety."

The exact cost depends on whose numbers you believe and how such a law might be implemented. We saw estimates as low as $5,000 per bus and as high as $10,000.

The question is: what is the value of a child's life?

House Speaker Beth Harwell told NewsChannel 5 that she'll direct her Transportation Committee to take a look at the issue.

But we want to know what they're actually going to do this time.

NewsChannel 5 Investigates reached out to every single member of the Tennessee General Assembly to ask them -- yes or no -- will they vote to require seat belts on school buses?

We'll let you know what they say.