New details are emerging about a gruesome accident that caused a railroad worker to lose his arm. 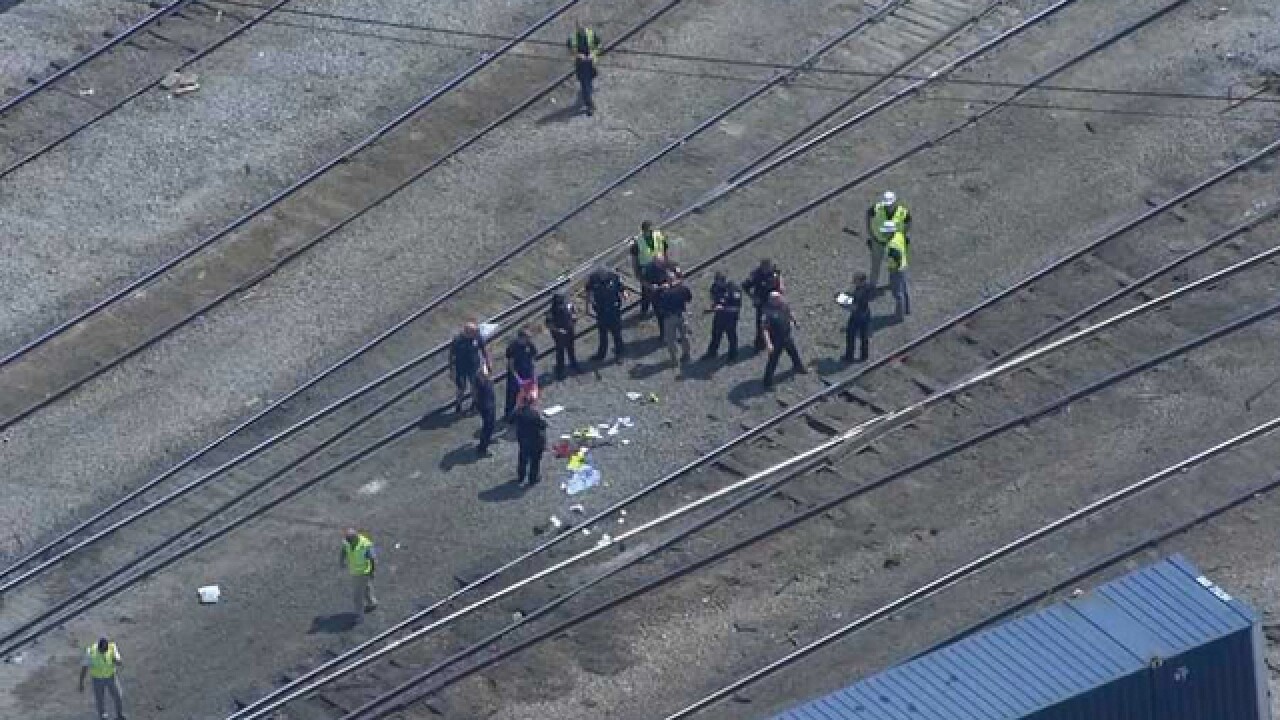 New details are emerging about a gruesome accident that caused a railroad worker to lose his arm during Monday's solar eclipse.

A memo obtained by NewsChannel 5 Investigates blames CSX for failing to take safety precautions during the darkest minutes of the eclipse.

And it claims the emergency response was delayed because supervisors were too busy staring up into the sky.

The memo, written by an official with the union that represents rail workers, is headlined: "Unsafe Conditions Due to Operations Leads to Severe Injury."

It places blame on a new culture inside CSX that it describes as "rush, rush, rush."

"Now, we have an employee that has forever had his life altered due to the emphasis on production over safety," says the memo written by Dale Barnett, with the International Association of Sheet Metal, Air, Rail and Transportation Workers.

The 911 call from Nashville's Radnor Yard came as the rest of Nashville was still staring up into the sky.

On the ground, Sky 5 captured the scene as firefighters cleaned up the bloody mess where a CSX employee was apparently hit by one train, while working on another, losing his arm in the process.

The union memo blames railroad management, saying "crews were never given any instructions on having lights during the eclipse nor to stop operations for a few minutes during this dark period."

Immediately after the accident, other railroad employees had desperately tried to call for help as their co-worker lay on the ground, bleeding profusely.

"The dispatcher heard the road crews calling for help over the radios and tried calling the tower at Radnor with no response," the memo adds.

"Why? Because the entire group of managers and yardmasters were outside watching the eclipse.

This accident comes at a time when new railroad management is pushing to cut costs, while keeping trains running on a tight schedule.

The memo continues, "The very managers that have berated crews for wasting 7 minutes checking a switch list or taking 10 extra minutes to return from lunch due to a bathroom break were all outside doing something else and no one was in place to handle any emergencies."

In addition, the union says that, as a result of major changes implemented this year, safety is no longer CSX's top priority.

It claims injuries and derailments are up, while employee morale is down.

It concludes, "We cannot have any more members injured or killed for the sake of a dollar or 5 minutes."

The memo also claims that one worker who witnessed the gory scene was so shaken that he asked to go home.

But his boss supposedly replied, "These guys are not going to take advantage of an employee getting hurt to get out of work."

"Earlier this week a CSX employee was injured when he has struck by a moving rail car at Radnor Yard in Nashville, TN. The safety of CSX’s employees and the communities where we operate is our highest priority. Our goal is zero accidents and even one employee injury is one too many. We work to achieve our safety objectives through comprehensive training programs, regular communication and other efforts to strengthen our culture of safety. That incident remains under review."

Do you have a tip for us?
Email: investigate@newschannel5.com