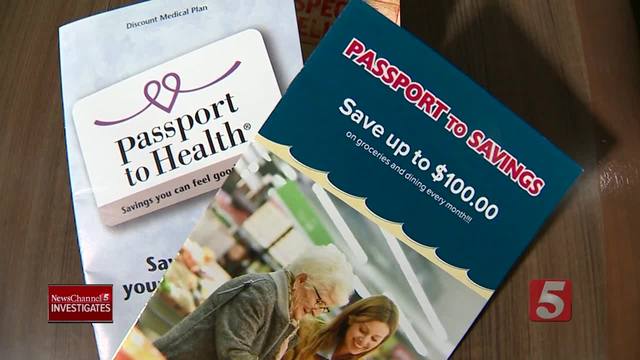 An 87-year-old grandmother discovered a mail order company charged $800 for memberships she never signed up for. 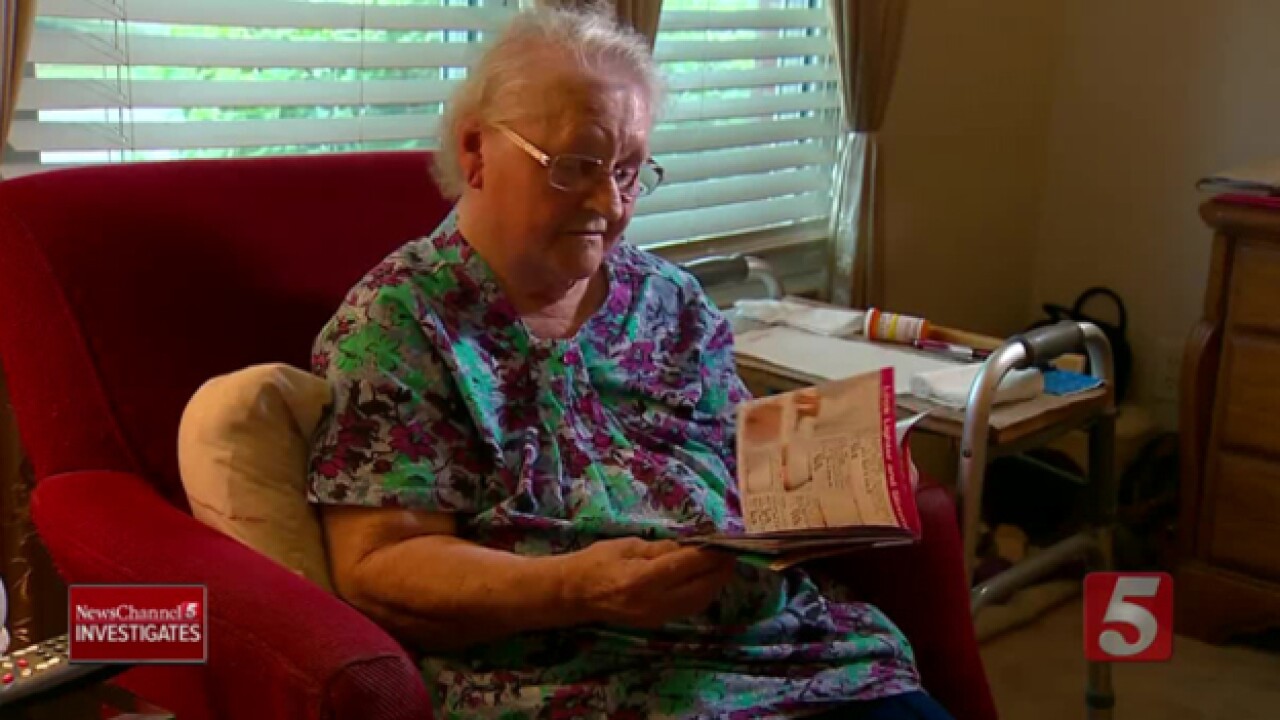 An 87-year-old grandmother discovered a mail order company charged $800 for memberships she never signed up for.

How many of us check our credit card statements every month?

An 87 year old woman in Old Hickory learned the importance of doing that recently the hard way after she learned of the charges.

And, it turns out, this same thing has happened to a lot of other people as well.

She said, "That's my thing. I get something to do besides watch tv."

This grandmother explained how she buys most of her clothing from them.

In fact, that top she was wearing for the interview, we found, on page 71 of the latest Essentials catalog.

Essentials and Anthony Richards have been some of her favorites. They're just two of the many catalogs put out by the Amerimark company of Cleveland, Ohio.

"Do you trust this company now?" NewsChannel 5 Investigates asked Zielinski.

"Not now!" she exclaimed.

Zielinski recently discovered the company has charged her credit card more than $800, not for clothing she'd ordered, but what she said were unauthorized charges.

Zielinski's daughter, Mary Unsel, told NewsChannel 5 Investigates, "I am livid! I am so livid!"

Supposedly it paid for membership in what Amerimark calls its Passport to Savings and Passport to Health programs. One claims to offer grocery coupons and restaurant discounts, while the other, savings on things like doctor's visits. But Zielinski said she's never received any sort of benefit.

"I think it's pretty rotten," she stated.

Zielinski recalled being asked if she wanted to join when she called to place orders from their catalogs.

"And you made it clear that you did not want anything like this?" we asked her.

"Absolutely! I go, 'No, no, no, I'm not interested. I just want what I ordered.,'" Zielinski described.

Yet, for some reason, she was charged anyway.

Mary Unsel believes Amerimark knows a lot of its customers are seniors and is taking full advantage of that.

"It would be people like my mother that probably would not check their credit card statements and would not know how to defend themselves," Unsel suggested.

"Do you think you were taken advantage of?" NewsChannel 5 Investigates asked Zielinski.

"Oh, absolutely. Oh Lord, yes. And a lot of other people probably too," she answered.

And a lot of other people have complained about this same thing. Online, we found dozens of similar complaints against Amerimark going back more than ten years.

And in 2011, we found, Iowa's Attorney General ordered the company to refund some $700,000 to consumers there who had been "unlawfully charged" for memberships they didn't know they had and had never agreed to.

"And getting away with it. They've got to be stopped. Cause I did not give them permission. Absolutely not. I might be old, but I'm not stupid," Zielinski said.

NewsChannel 5 Investigates called Amerimark's corporate headquarters about this and the company said they had no comment. We tried to ask a couple of questions and they hung up on us.

Zielinski's daughter called Amerimark repeatedly and finally got them to refund some of her mom's money. She's still trying to get the rest back.

If this same sort of thing has happened to you, you should file a complaint with Federal Trade Commission.

In the meantime, it's always a good idea to check your credit card and bank statements every month.