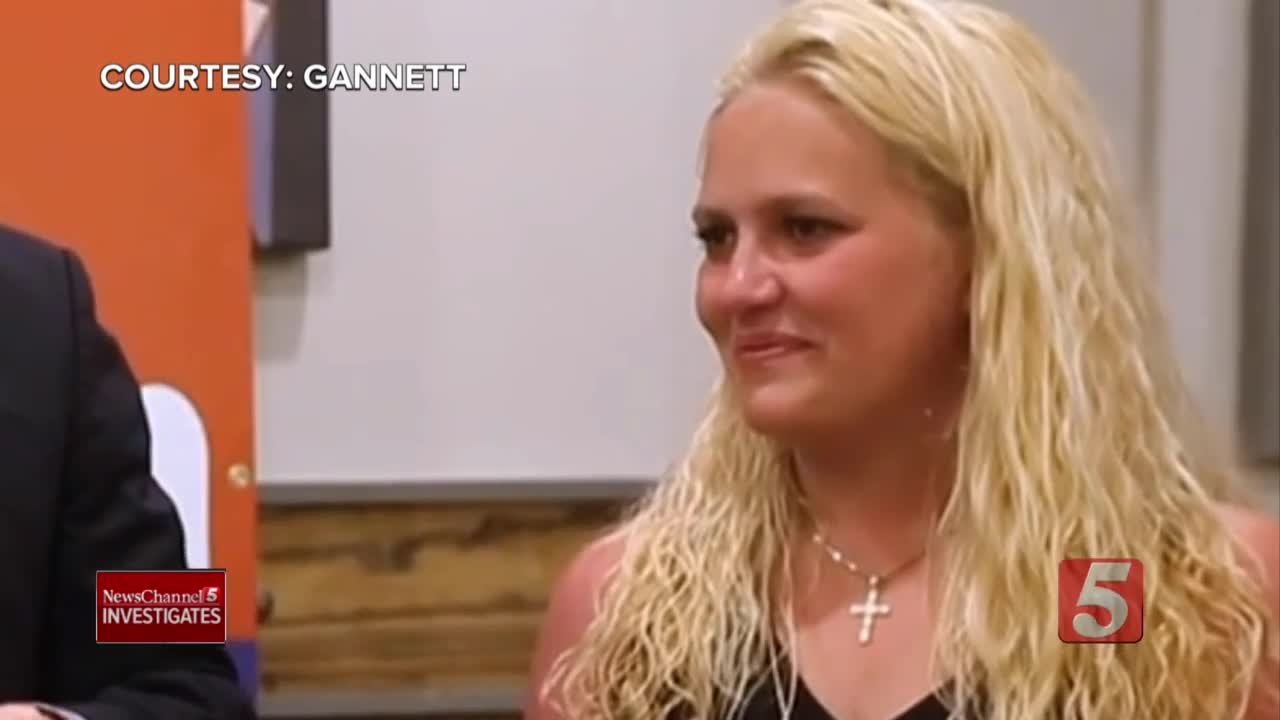 Murfreesboro insurance agent has been banned from all insurance-related activities by state regulators for fraudulent practices after she allegedly took a homeowner's money, but failed to get a policy. 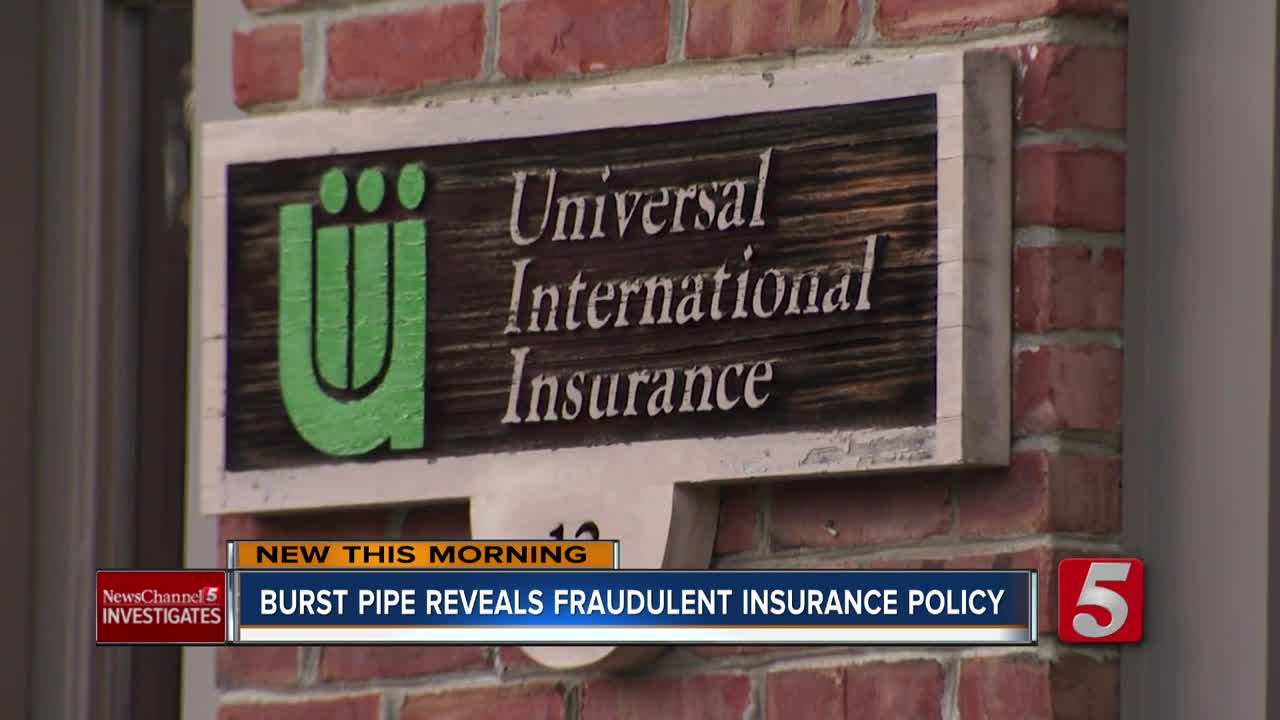 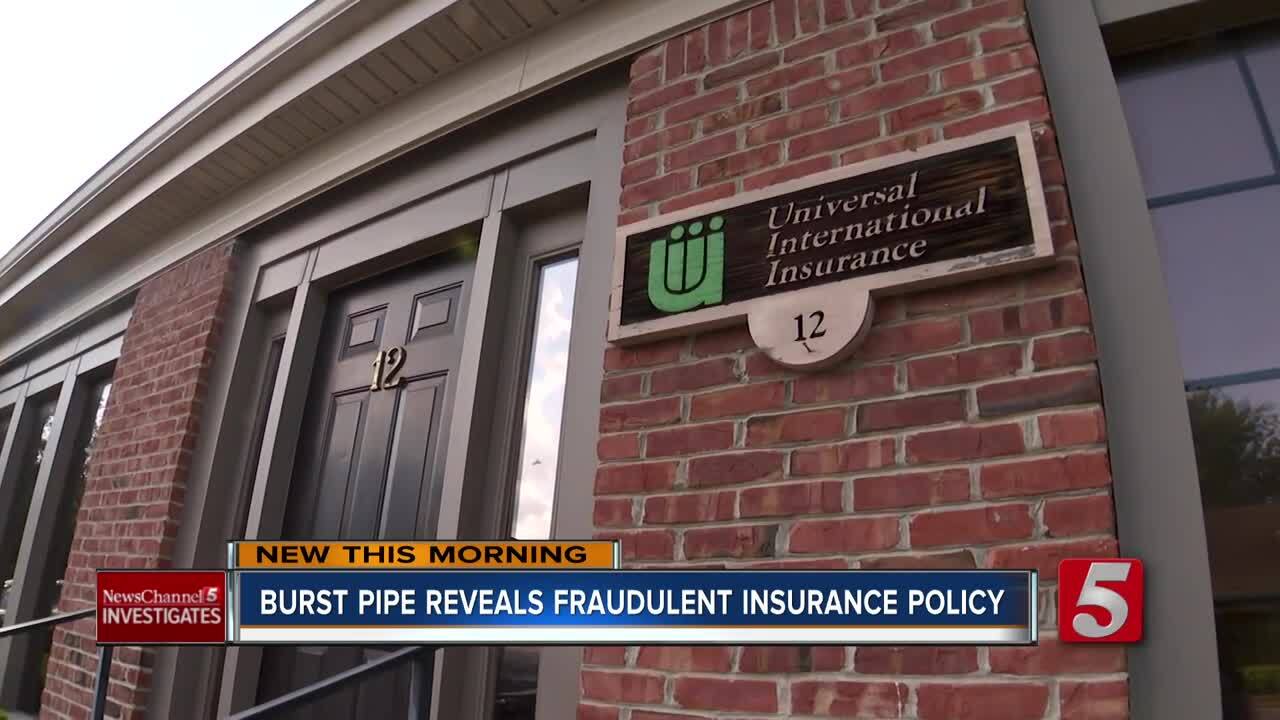 MURFREESBORO, Tenn. (WTVF) — If you own a house, you have insurance, just in case something ever goes wrong. But imagine thinking you're covered and then discovering you're not, when you really need it?

A homeowner in Bedford County made that unsettling discovery after a frozen pipe burst in her home. And now both the homeowner and state regulators say the insurance agent is to blame.

You really want to be careful walking through Susan Calvin's Shelbyville home. "This floor is all bubbled up," Calvin said as she led a visitor through her dining room. "You hope that it isn't going to give way when you're walking on it," she added as they navigated the bouncing wooden floor. "I mean this here is just squishy. Kind of squishy like."

Jennifer Kraus is continuing to work on this story and will have updates throughout the day. Her full report airs tonight on NewsChannel 5 at 10 p.m.

"You can see the floor boards actually moving!" her visitor remarked.

In January of last year, a frozen pipe burst covering, she said, the entire bottom floor in water, causing extensive damage throughout the house.

"A mess. A total mess. You can't imagine," Calvin recalled.

But a year and a half later, that damage still hasn't been fixed. Soon after it happened, Calvin discovered the homeowner's insurance policy she'd paid for didn't exist. It turned out, her agent had cashed the check, but never obtained the policy.

"We were deceived. You know, we were taken advantage of. We paid for a service and it was bogus," Calvin told NewsChannel 5 Investigates.

Calvin bought the policy from Universal International Insurance in Murfreesboro, a longtime family run insurance agency owned by Bill Ketron who served in the state senate for 15 years until last fall when he was elected mayor of Rutherford County.

Susan Calvin dealt with his daughter, 28 year old Kelsey Ketron, who according to her LinkedIn account is Universal's Vice President. Like her father, she too is active in Republican politics. She grew up working in his state senate campaigns and now is herself an elected member of the Tennessee Republican Party State Executive Committee. And in May when she got married, Senator Marsha Blackburn tweeted this picture of Ketron posing with the Senator and other top current and former GOP officials.

@treyran and Kelsey Ketron— congrats on your beautiful wedding. So happy to join you today pic.twitter.com/6VHUpzScvL

Ketron was not at the insurance agency when we went looking for her, but employees told us she is normally there and is still running the place even though the state of Tennessee issued a cease and desist order against her back in May, banning her from all insurance-related activities.

Insurance regulators said they were forced to take this "emergency action" after investigating Ketron's actions in Susan Calvin's case.

State investigators said Ketron "falsely held herself out to be a licensed insurance agent and falsely negotiated insurance" without a license. They also allege she "intentionally misappropriated" Calvin's insurance premium, by taking the money but never actually setting up the policy. Investigators also accused Ketron of "fraudulent practices" for "personal financial gain" and said Ketron "lied to" Calvin, by telling her she had an insurance policy when she really didn't.

Murfreesboro police confirmed they have "an on-going investigation" now into the matter. And they said in a statement that the case "is actively being investigated by multiple agencies and "criminal charges will follow.” We went looking for Ketron at her office after she ignored our repeated calls and messages.

"What has she (Ketron) said to you?" NewsChannel 5 Investigates asked homeowner Calvin.

"Nothing. Absolutely nothing," Calvin replied.

"She's not apologized?" we asked.

Calvin filed her complaint with the state insurance division shortly after she discovered she had no insurance. And on the very same day state investigators contacted Ketron about the case, she sent a check to Calvin's mortgage company for the exact amount of Calvin's insurance premium. Calvin thinks that was not a coincidence.

"What was she trying to do?" we asked Calvin.

"I believe that she was trying to cover her actions. Absolutely!" Calvin responded.

Calvin just wants her house fixed. And, she'd really like an apology. "I'm waiting for them to come forward and to own up to what they've done," Calvin explained.

We reached out to Universal's owner and president, Kelsey's father, Bill Ketron, and he vigorously defended his daughter, but declined to talk on camera. Meanwhile, multiple sources tell us Susan Calvin is not the only customer who has had problems like this. We are told there is at least one other open investigation.