If You Get One Of These Letters, Just Throw It Away 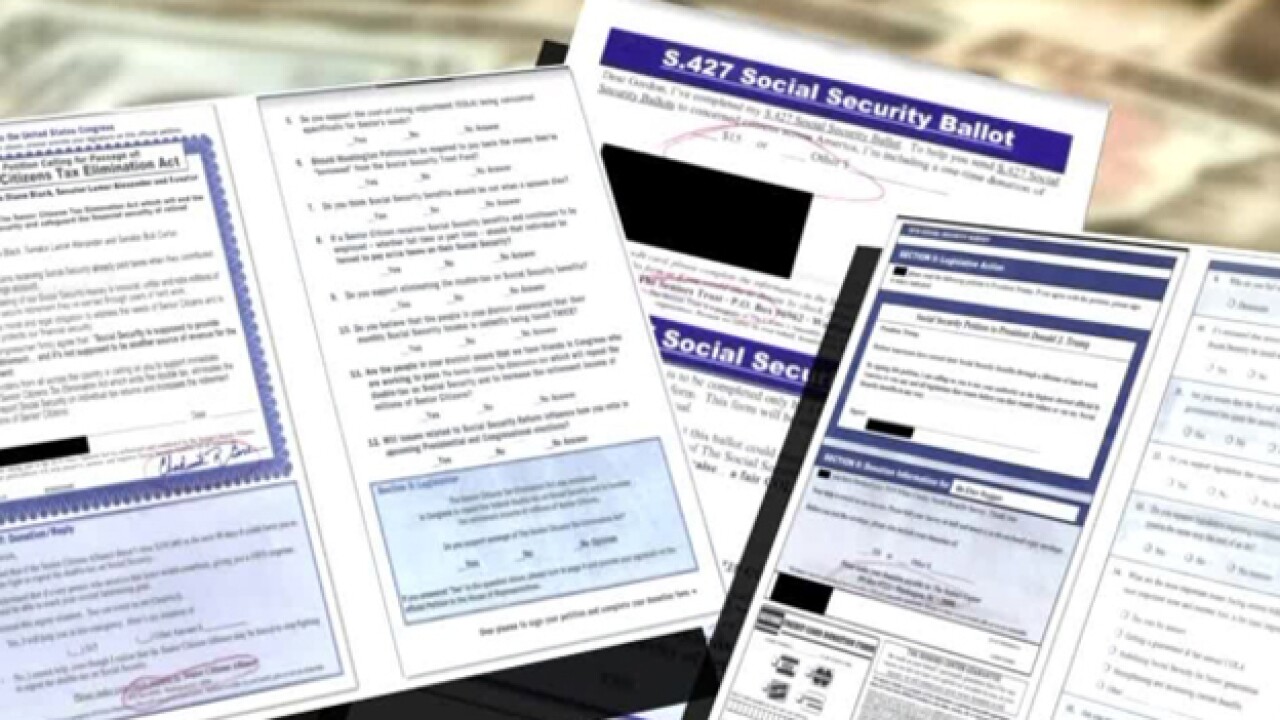 A warning from the Better Business Bureau about solicitation letters that are showing up in mailboxes. Here's why you probably just want to throw it in the trash.

These letters are going primarily to senior citizens. And, according to the BBB, they prey on seniors' fears of losing their Social Security benefits.

These letters are from organizations with names like the Senior Citizens Alliance, The Seniors Center and the Seniors Trust and they ask for donations. They claim the money will be used to help get legislation passed in Washington that will help protect Social Security.

The letters use strong language, even what you might call scare tactics, saying that if you do not respond and send money, the organization will not be able to fight to keep Social Security funds from being cut. They also come with official looking surveys and one of them even claims that if you sign and return it, your name will be added to their official citizen's petition to Congress.

But the Inspector General of the Social Security Administration has called this sort of mailing "deceptive" and just a way to separate seniors and their hard earned money.

Keep in mind, these are not charities, but lobbying groups. So if you make a donation, it's not tax-deductible.

The BBB says if you have questions or concerns about legislation that affects Social Security, you're better off contacting your elected officials yourself. After all, it's their job to represent you. And unlike the mailers, reaching out to your senator or representative directly won't cost you a thing.