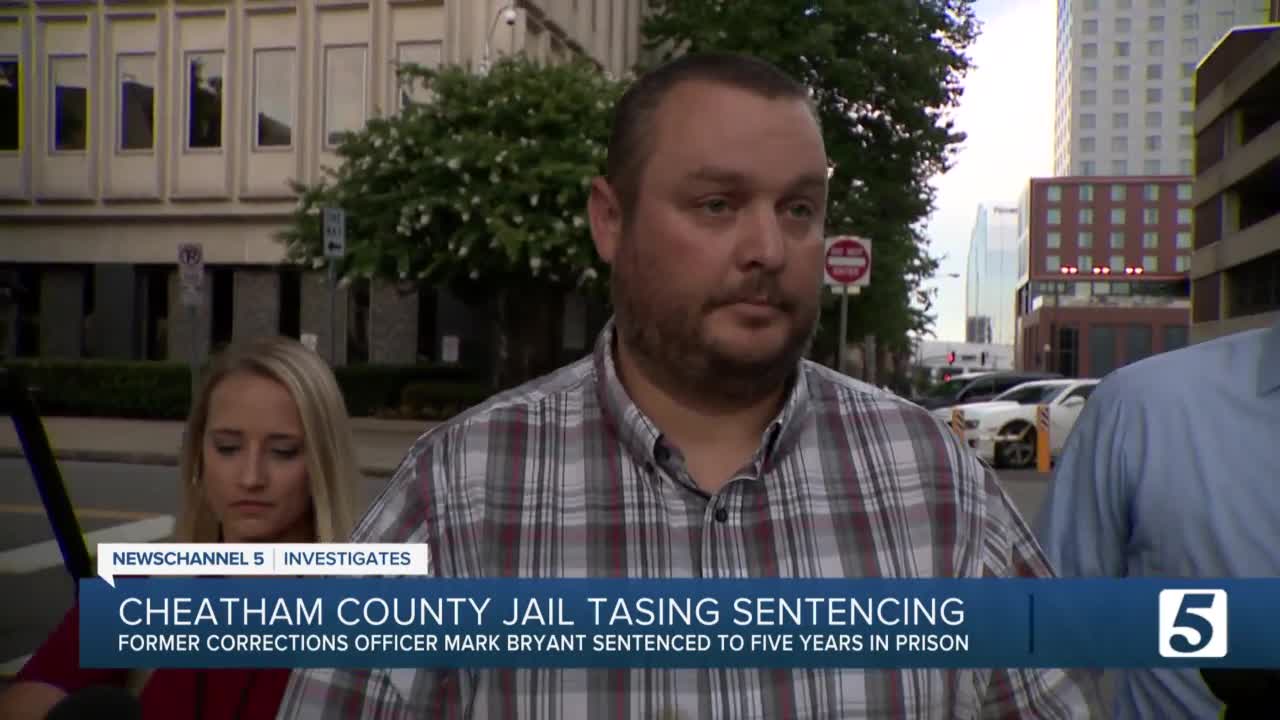 A former Cheatham County jailer gets five years in federal prison for using a stun gun on an inmate strapped to a restraint chair. 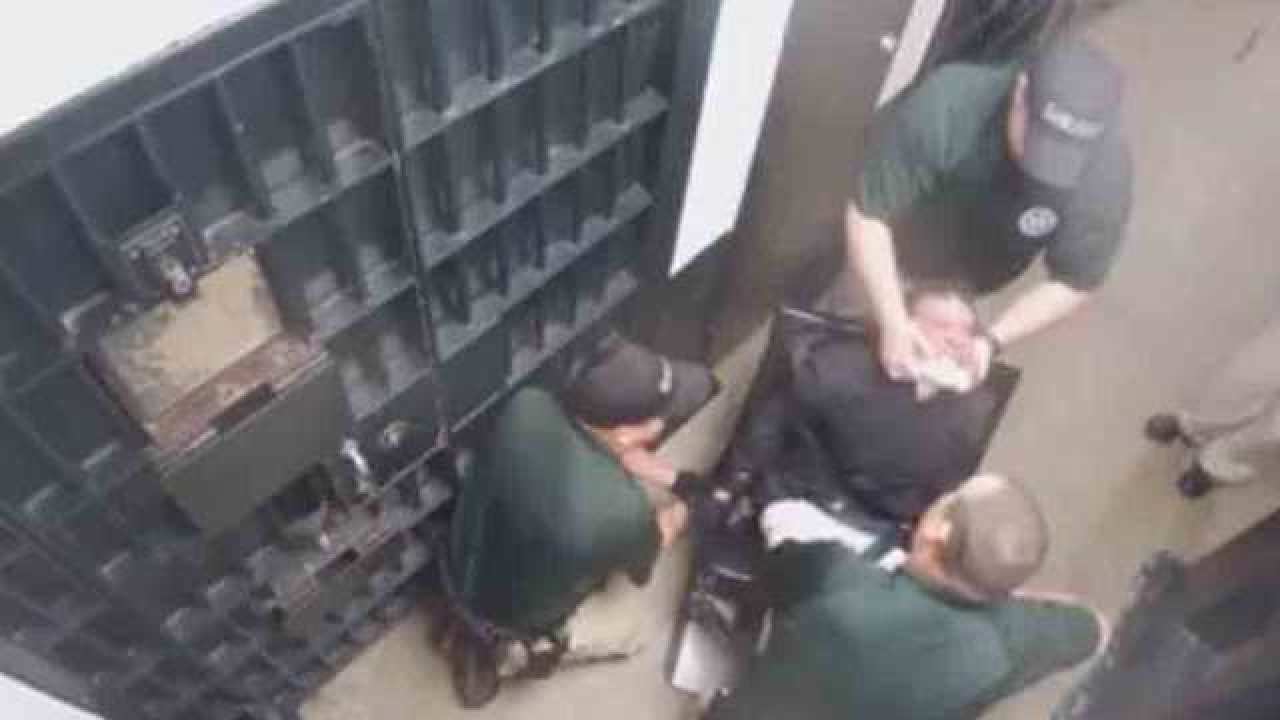 NASHVILLE, Tenn. (WTVF) — A federal judge has sentenced a former Cheatham County Corrections Officer to five years in prison for using excessive force on an inmate in the county jail.

Mark Bryant was convicted after video showed him repeatedly using a stun gun on a teenage inmate while he was strapped in a restraint chair.

NewsChannel 5 Investigates first aired video from security cameras inside the jail that showed Bryant repeatedly tasing 18-year-old Jordan Norris while he was in a restraint chair in 2016.

The video received international attention and led to criminal charges against Bryant and another Cheatham County jailer.

But in January, a jury convicted Bryant of two counts of deprivation of rights under color of law.

The jury acquitted Bryant of two counts of obstruction of justice and one count of lying to the FBI.

In a written statement submitted to the court, he said that Norris had never been in jail before and "he was not the violent monster that Mr. Bryant's defense attempted to portray."

Chapman said Norris had frequent nightmares and severe chest pain and that he fell into deep and prolonged depression after the tasings.

He testified, "Mark Bryant's actions that night were torturous, callous and heartless and brought on months of suffering. And as attested by a jury of his peers, those actions are indefensible."

Jordan Norris did not live to see Bryant's conviction and sentencing.

Two years after the incident, and after Cheatham County settled a civil lawsuit about the tasing, Norris was found dead in his home.

Family members say it was a drug overdose, and that Norris was never the same after his arrest and repeated tasing in 2016.

Prosecutors said former Corrections Officer Bryant deployed a stun gun on Norris for about 50 seconds while Norris was in a restraint chair on November 5, 2016.

They said Bryant returned more than an hour later, as Norris was compliant and fully restrained, and used the stun gun on him again.

One prosecutor said Bryant taunted Norris while he tortured him.

Bryant's defense attorney said that Bryant faced a difficult situation trying to restrain Norris and the prosecution's story of what happened was not completely accurate.

The maximum sentence Bryant could have received was ten years for each conviction.

Former Sheriff's Sergeant Gary Ola was convicted for lying to federal investigators in this case.

Ola is scheduled to be sentenced next month.