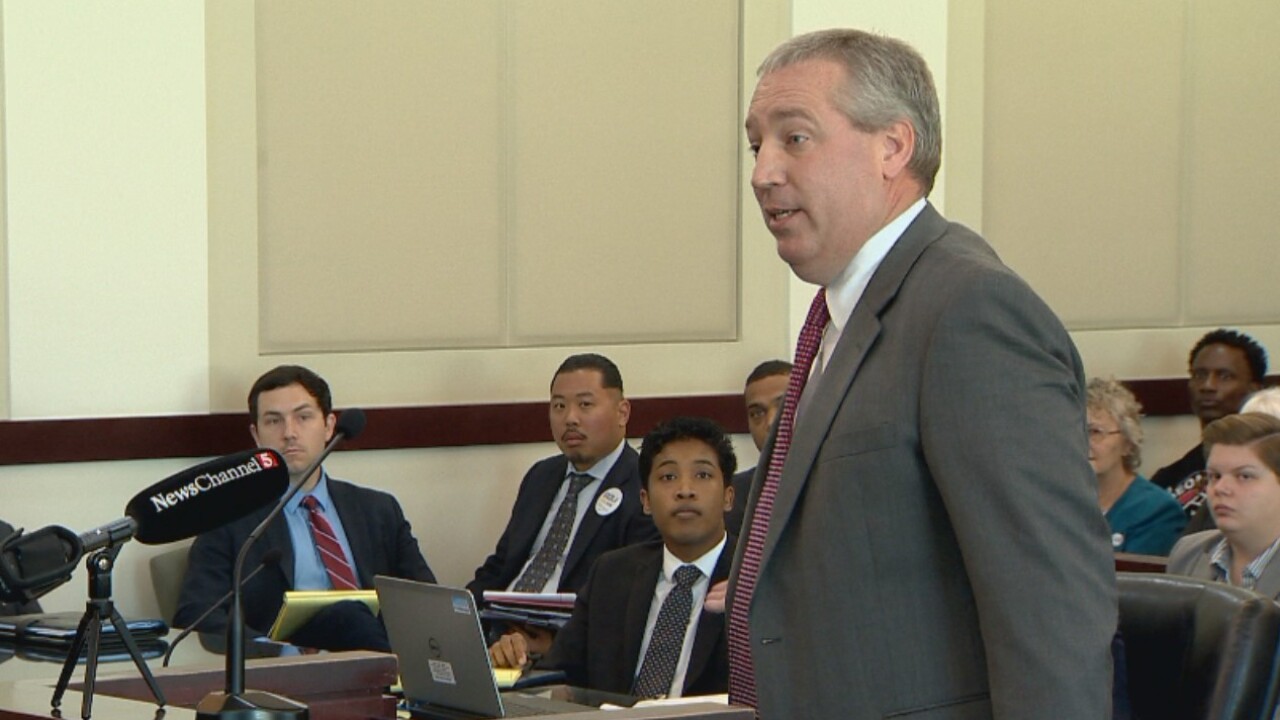 General Sessions Judge Diane Turner rejected the motion to disqualify Coffee County DA Craig Northcott, who was assigned as a special prosecutor in the case against Justin Jones. The Vanderbilt divinity student faces an assault charge for throwing a foam cup of tea onto an elevator with Casada and other lawmakers during a protest.

"I am not persuaded that it is an appropriate case" for disqualifying a prosecutor, Turner said, concluding that there was no legal authority for her to take such action.

Nashville DA Glenn Funk recused himself after NewsChannel 5 Investigates raised questions about an email submitted by Casada's office in an attempt to have Jones' bond revoked. The date on the email from Jones to Casada appeared to have been altered to suggest that it was sent after a court order for Jones to have no contact with Casada.

After Northcott was appointed as a special prosecutor, new details emerged about his controversial beliefs. He has compared Muslims to members of the KKK. He refuses to use Tennessee's domestic violence laws to protect people in same-sex relationships. And he has suggested that protests by black NFL athletes are an "attack on Christianity."

"It's the public's faith in the integrity of the justice system that is at stake here," Leonardo told the judge.

But Northcott countered, calling the motion to disqualify him "a political stunt designed to get me out of the way" so that the defense can "handpick" a new special prosecutor.

"I'm just asking the court to let me do my job," the DA argued.

Northcott still faces two ethics complaints that have been filed against him with the Tennessee Board of Professional Reponsibility, which regulates lawyer's licenses.