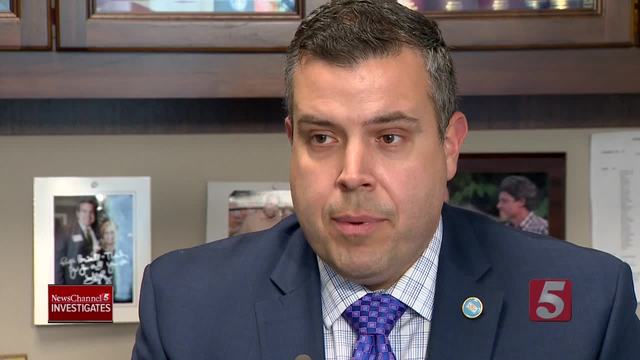 Sixteen students have died this school year compared to 36 last school year according to Metro SchoolA lawmaker is pushing legislation to make sure parents are told if there's lead in their child's school water.

Lead is an invisible toxin, sometimes found in drinking water, that can affect children's brains, causing learning and behavioral problems.

Now, following a NewsChannel 5 investigation, a Nashville lawmaker is pushing legislation to make sure parents are told if there's a problem.

"People need to know if there is lead in the drinking water so they can take action," said Rep. Jason Powell, D-Nashville.

"They can bring bottled water. They can make sure that they voice their concerns to the school to say 'Are you going to do something to stop us from having lead in our drinking water?'"

For Powell, it's a personal issue.

He's a parent with a child in Metro Schools.

Powell was alarmed after NewsChannel 5 Investigates revealed that the district had found measureable amounts of lead in the drinking water of several schools.

But we discovered that officials kept that information to themselves for more than a year.

Under legislation that Powell just filed, parents must be notified if lead is found that is near so-called "action levels" in drinking water.

And his bill would not just apply to public schools.

It would also apply to private schools, pre-K programs and day care centers.

"Unfortunately, we passed a bill a couple years ago that said, if lead is found in the drinking water, you've got to notify the consumer immediately," Powell said.

"We didn't cover schools because I figured surely we'd be taking care of that and, if the school system found lead in the drinking water, they would certainly let the students and the parents and the teachers know about it.

"But that didn't happen here in Nashville. So now we are going to make sure, if it does happen in the future, that the public knows about it and they can stay safe."

Powell also has a bill that would require periodic testing in schools and another one to require that water lines in older school buildings be flushed on a regular bases.