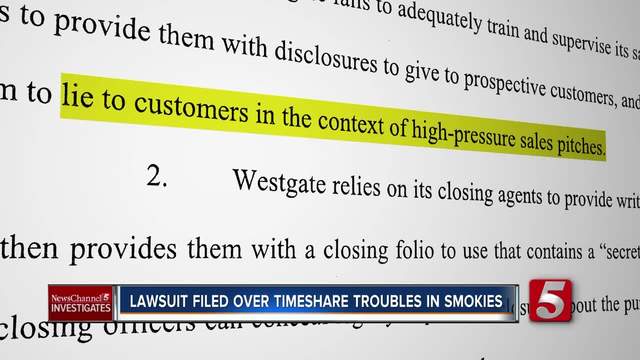 A new lawsuit claims the Westgate Smoky Mountain Resort and Spa in Gatlinburg is selling dream vacations in the Smokies, but when timeshare owners go to book their vacations, there are never any rooms available. 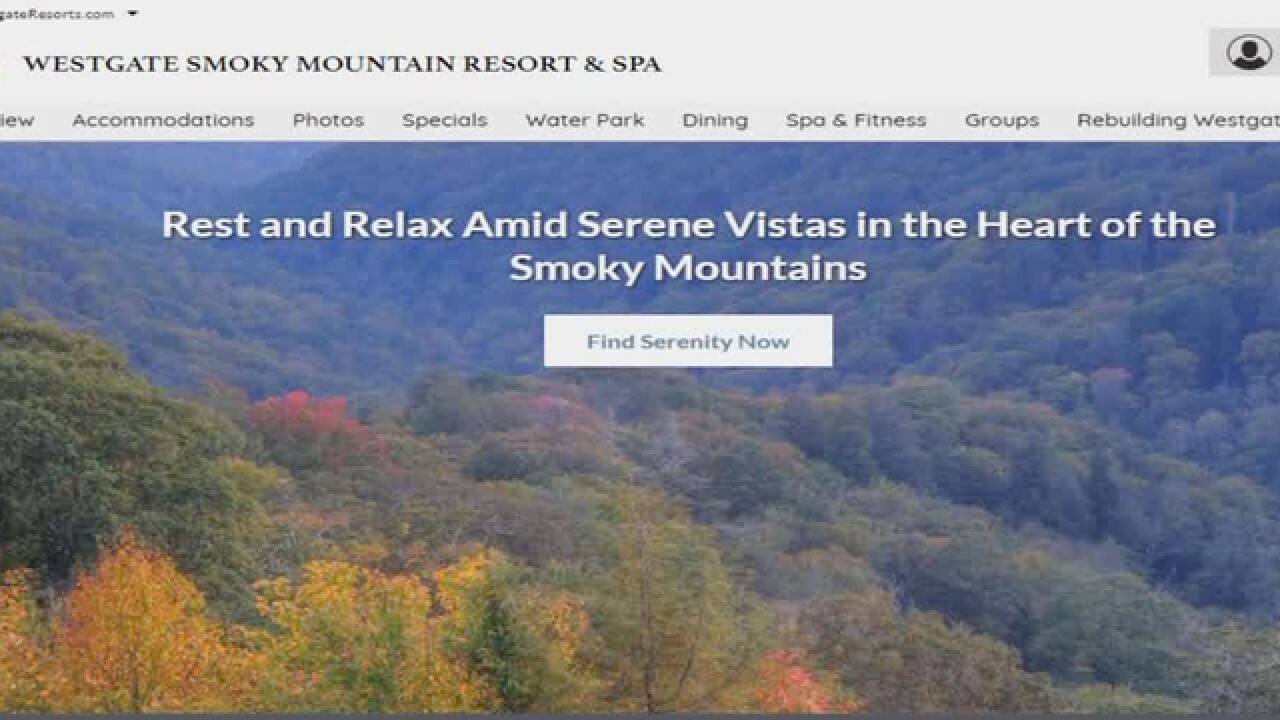 What if you bought a timeshare and could never use it?

A new lawsuit has claimed a Gatlinburg resort is selling dream vacations in the Smokies, but when you go to book that vacation, there are never any rooms available. And, it turns out, that's not the only surprise some consumers are getting.

We've all heard of high pressure timeshare sales, but what's alleged in this lawsuit takes it to a whole new level.

According to the suit, it's happening right in the heart of where so many people love to vacation: Gatlinburg and the Smokies.

The Westgate Smoky Mountain Resort and Spa's website promises you can "rest and relax" right in the heart of the Smokies, close to the popular tourist destinations of Gatlinburg and Pigeon Forge. It even has a water park, but a new lawsuit has alleged that those who buy timeshares at the Westgate Resort never get to experience any of this.

"It's part of a very complicated, high pressure scheme, as we've alleged, to take money but deliver essentially nothing," said attorney Mark Chalos with the Nashville office of Lieff Cabraser.

Chalos is one of the lawyers now suing the companies that own and run the Westgate. The 65-page suit has claimed Westgate salespeople are "encouraged to lie to customers in high-pressure sales pitches." But customers, the lawsuit said, are never given a key piece of information.

"They're never told that in fact they're probably never going to be able to ever use the property," Chalos explained.

"So, one unit, they may sell hundreds of times, and when people call to say, 'I'd like to use a week,' they're not available," Chalos relayed.

The class action lawsuit right now names six clients, including a woman from Murfreesboro who paid $18,000 for her timeshare and another woman from Goodlettsville who spent $30,000. Both said they were never able to book a vacation.

And then there is the "secret pocket."

According to the lawsuit, when consumers buy a timeshare at Westgate, the company makes it very difficult for consumers to find the legal documents that spell out their rights, including their right to cancel the transaction.

"It appears to be a standard practice there that they use these leather binders that have these secret compartments or secret pockets, and they appear to be used with some frequency," Chalos told NewsChannel 5 Investigates.

"You call it a secret pocket? You think these are designed to hide documents from consumers?" we asked him.

The lawyers believe what they're alleging affects a "substantial" number of families. They said there are certainly hundreds, likely thousands and possibly a lot more consumers who've fallen victim to these business practices, as they maintain these sorts of things have been going on at Westgate for at least the last decade.