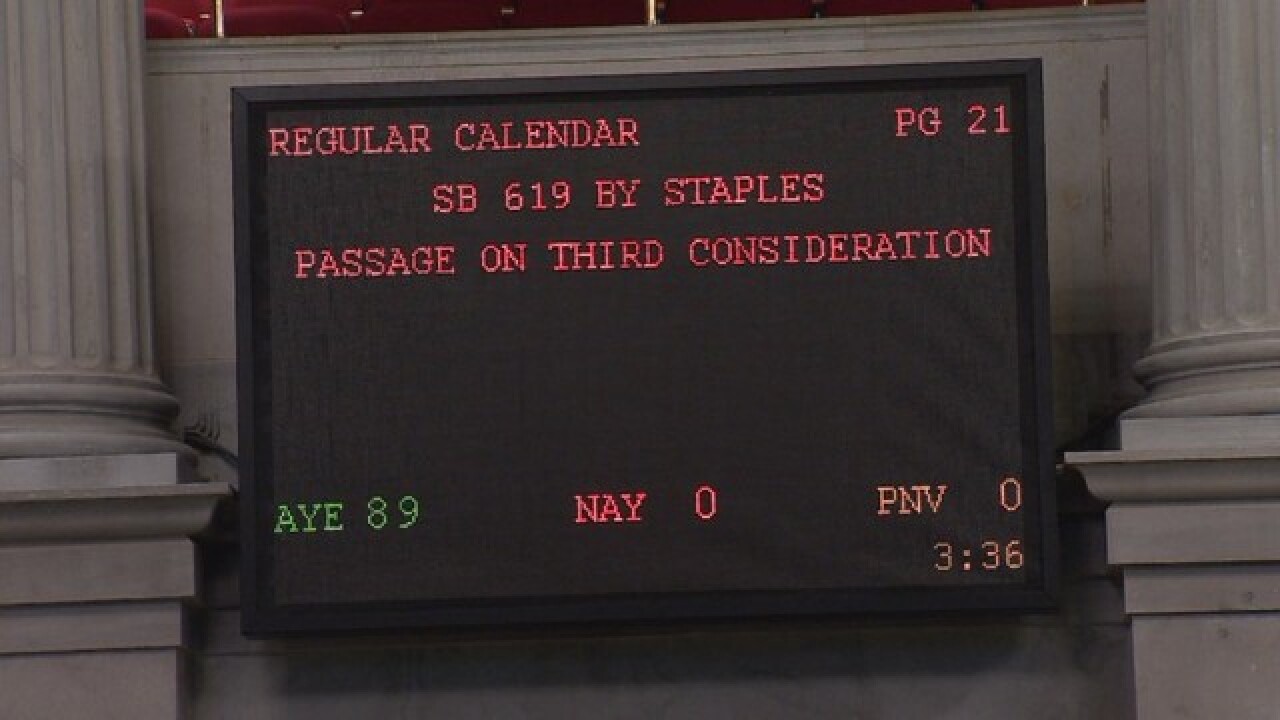 Legislation requiring Tennessee school systems to test for toxic lead in their drinking water now heads to Gov. Bill Haslam for his signature.

On Tuesday, the bill cleared the state House on an 89-0 vote. It passed the Senate the day before on a 33-0 vote.

Rep. Rick Staples, a Knoxville Democrat who sponsored the bill, praised the bipartisan effort that led to its passage.

"I want to say thank you to all for this support," Staples told his colleagues. "Thank you for helping me make this a realization. And I realize with this success, I did not do it by myself."

That legislation failed to make it out of committee last year - and it appeared to be doomed again this year because of a lack of funding.

That changed last week after NewsChannel 5 Investigates called attention to the bill's precarious position in a series of tweets, and House Speaker Beth Harwell intervened.

It follows a nearly yearlong NewsChannel 5 investigation that exposed children being exposed to the toxic metal in their school water.

On an 88-0 vote, the House also approved a second bill to require public utilities to notify parents if high lead levels are found in public or private schools, as well as pre-K centers and daycares.

That legislation is awaiting a final vote in the Senate.