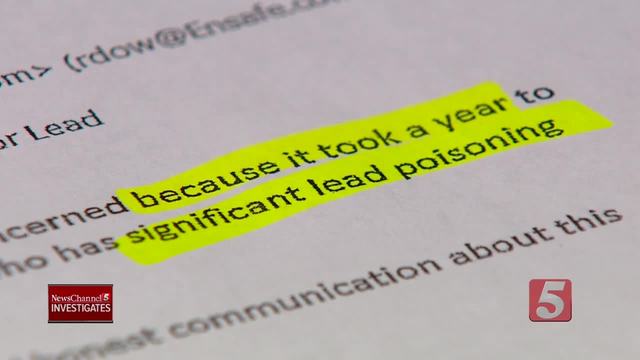 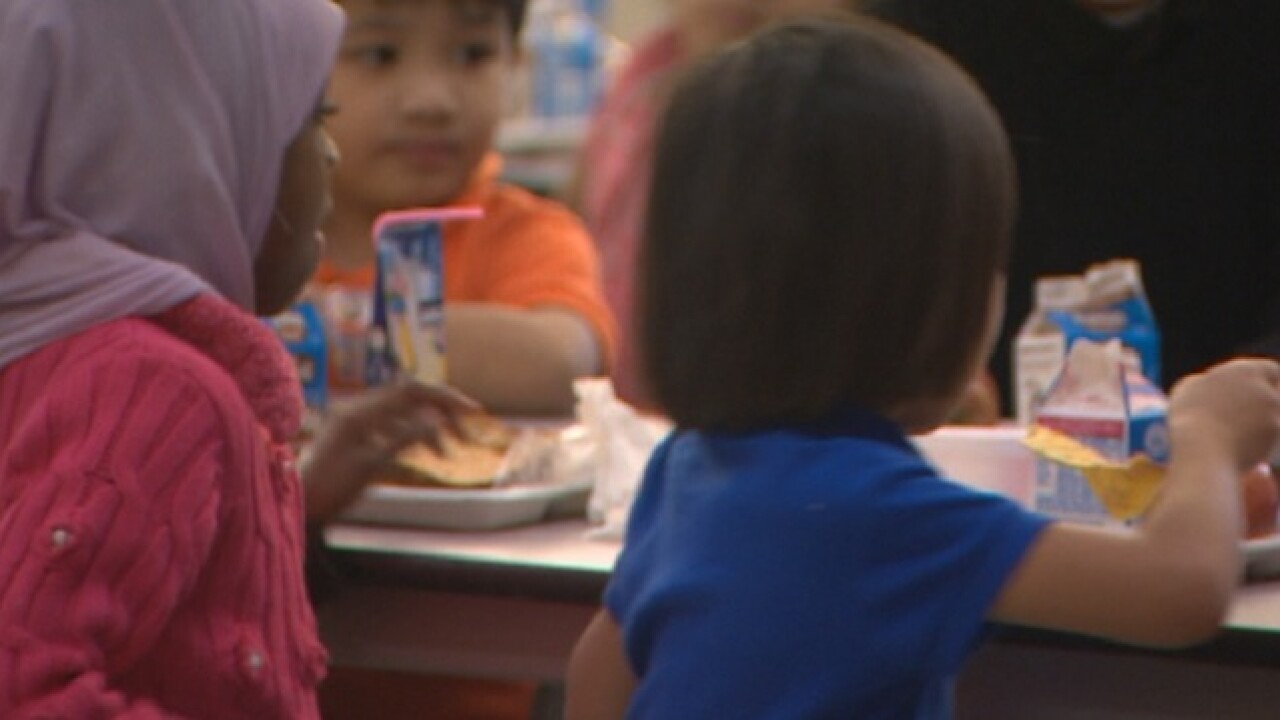 It occurred inside Tusculum Elementary, one of the district's poorest and most diverse schools with students from all over the globe.

"In hindsight, would we do things differently? Would we communicate better? Probably, but we were learning as we went," Henson told NewsChannel 5 Investigates.

In the summer of 2016, the district began a voluntary program to test the testing water inside its older schools.

But internal emails, obtained under the Tennessee Public Records Act, reveals that Metro Schools did nothing after tests found high levels of lead inside the South Nashville school.

We showed the evidence to T.C. Weber, a local education blogger whose two children attended Tusculum last year. His wife also teaches there.

"I think it's inexcusable," Weber said. "It's absolutely inexcusable."

The documents show that, in June 2016, two water fountains at Tusculum tested high for the toxic metal -- a result that was confirmed a month later in a follow-up test.

The June tests showed the two fountains with lead content of 21.8 and 23.8 parts per billion. The "action level" recommended by the Environmental Protection Agency for public water systems is 15 parts. The July test again showed lead levels of 16.8 and 23.2 parts per billion.

Henson said district officials considered whether they should go with lower test results that were achieved by letting the water run for 30 seconds. That method is not endorsed by the EPA.

"Once we determined how we were going to view those results, then we took action and immediately disconnected any water source that exceeded the threshhold," Henson insisted.

He replied, "As soon as that decision was made."

The files also show that, in September 2016, the district's consultant issued its final report for Tusculum, urging that Metro Schools at least consider a flushing program. They even suggested that students be encouraged to let the water run for 30 seconds before taking a drink.

But an email show the results were not shared with the principal until June of this year.

The email told her the district office was "pleased to report that only two of the locations sampled" high in lead.

Tusculum's principal, Alison McMahan, was assured that the troublesome fountains would finally be removed over the summer.

In response, she expressed frustration with the process.

"First, I am concerned because it took a year to get the results," McMahan wrote. "Moreover, I am very concerned because I have a student who has significant lead poisoning that was assigned to one of the rooms."

NewsChannel 5 Investigates asked Henson, "So the fact that children were drinking water with high amounts of lead for a year, does that concern you?"

"It's concerning, and it's something that we don't take lightly." he answered. "That's the reason that we did this testing."

We also showed the evidence to Metro Council member Steve Glover, who sits on the council's education committee and is a former school board member himself.

He says the district's recent boasts about being proactive ring hollow.

"Why does it take almost a year to say, hey, look you've got a problem?"

In fact, NewsChannel 5 Investigates found multiple examples of other schools where the consultants reported high lead levels, recommending flushing of the water lines.

But, over and over, the district told principals that "no further action is needed."

Henson's explanation: "With as many schools as we have, 140 schools, a flushing program is something that would be quite an undertaking. And there are still questions regarding when to flush, how long to flush."

We asked Weber, "Do you have any idea if your children were drinking this toxic water?"

And that's where, Glover said, Metro Schools failed the children.

"It is our job to be cognizant to this to make sure that these type of things, once we are made aware of it, we fix it. We don't wait a year."

Metro Schools tested every water fountain in every school this summer, and they say they've removed every fixture with high levels of lead.

Late Monday, the district sent us pictures of the water fountains they say they've disconnected.

But the experts say there is no safe level for children.

So far, the district has not released all the test results so parents can know what their child may be drinking.