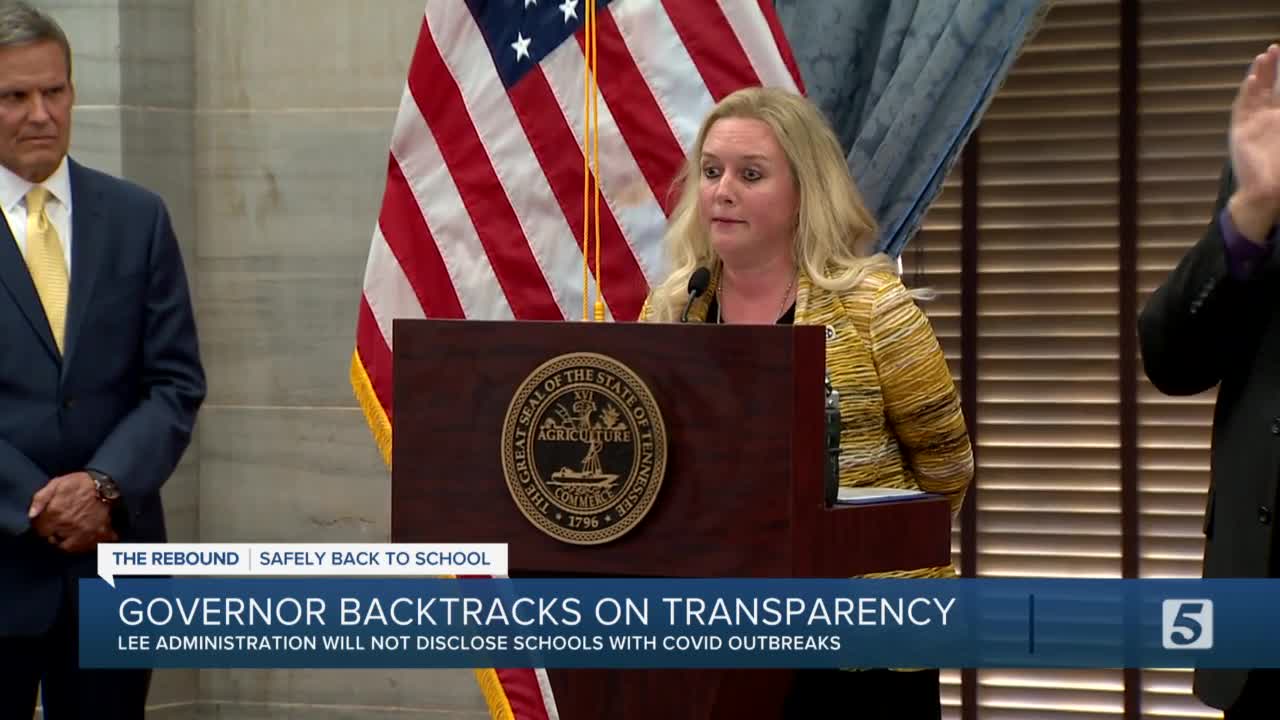 The Lee administration will not disclose what schools have COVID-19 outbreaks. 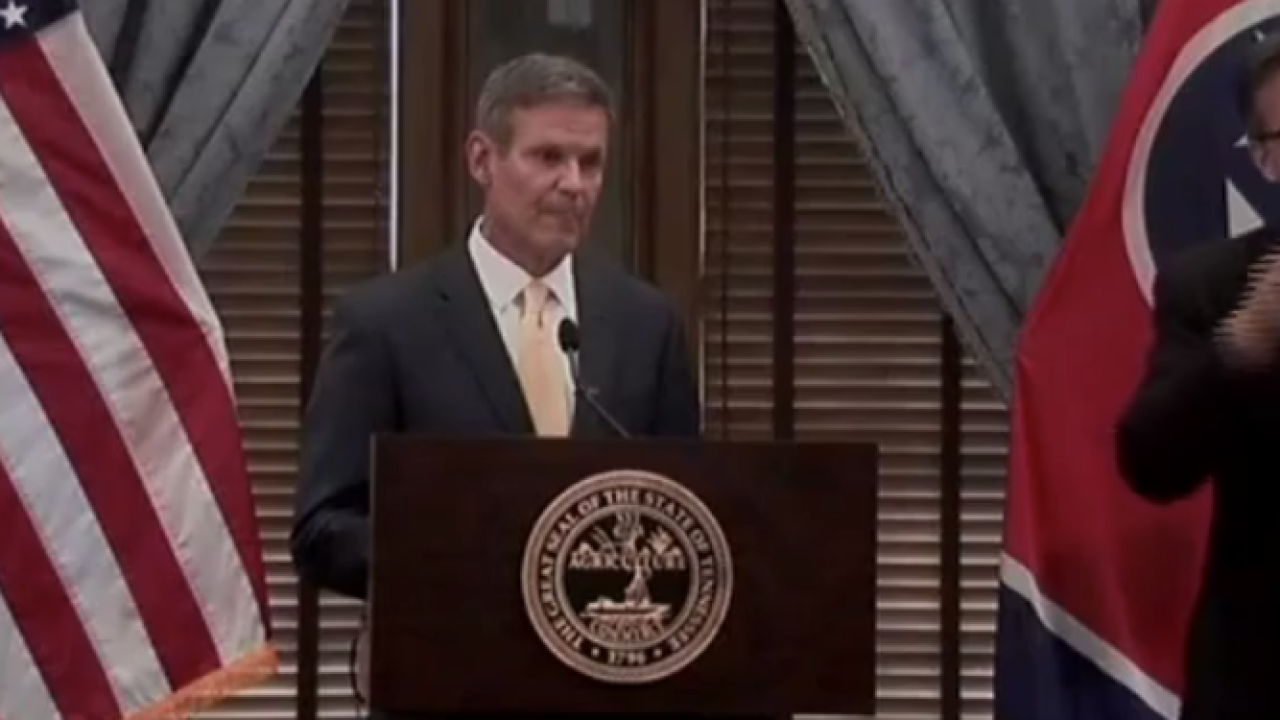 NASHVILLE, Tenn. — Two weeks after Tennessee Gov. Bill Lee promised to be completely transparent about COVID-19 outbreaks in Tennessee schools, he and his administration are backtracking.

Now, Lee says he'll leave that up to parents to figure out for themselves.

The governor told reporters Tuesday that he's more worried about people potentially figuring out who has COVID in their communities if his administration reveals where the problems are.

"It's really important that people in a school district can't figure out which children individually have a case," Lee said.

Tennessee has begun releasing data on the number of school-age children in each county who have been diagnosed with COVID-19, but the state will not identify which schools have outbreaks.

Lee suggested that simply telling parents whether or not there was a closure of a school because of an outbreak was adequate information.

"Information about children, to the public, is really important to protect," the governor added. "That is why this is such a balance."

Health Commissioner Lisa Piercey said her department could not release such information because the federal Health Insurance Portability and Accountability Act prohibits it.

NewsChannel 5 Investigates noted that Piercey had once cited HIPAA as her reason for not disclosing clusters in nursing homes, before eventually backtracking.

Piercey said her department was following the guidance of the U.S. Centers for Medicare and Medicaid Services when it reversed that decision.