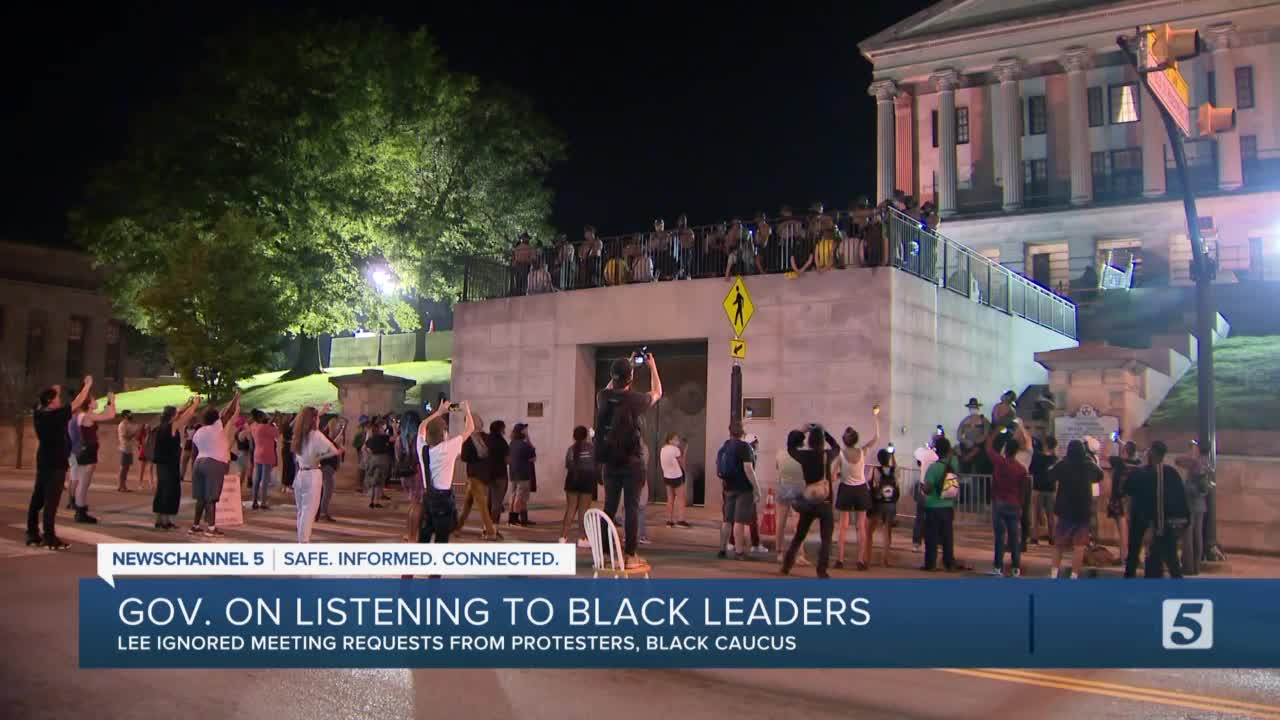 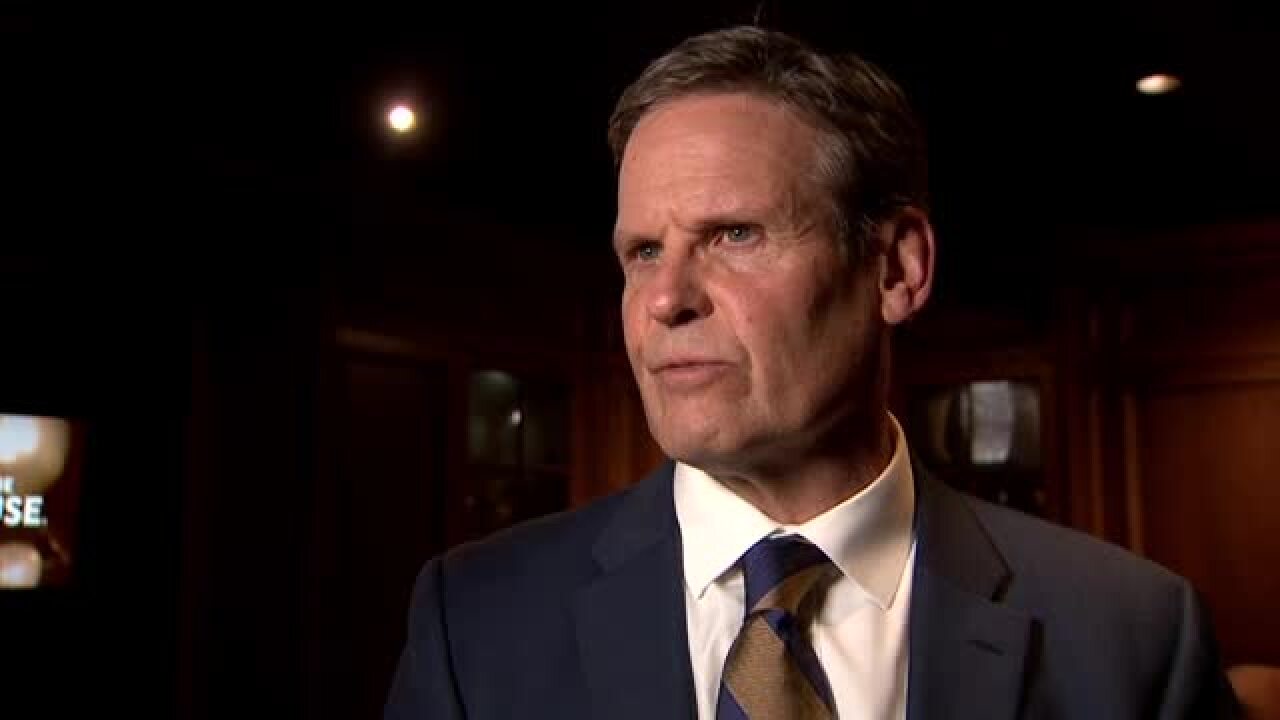 But the governor told NewsChannel 5 Investigates that there's a reason he refused to meet with protesters, even members of the legislature's Black Caucus.

"We meet with those groups that are willing to work together to move forward - and that's what it's been like," Lee said during an afternoon news briefing.

"He doesn’t think it would be prudent to meet with the black elected officials that are literally located in the same building as him," the Nashville Democrat tweeted.

"As a member of the BC, I take offense to that!"

According to @GovBillLee, the Black Caucus isn’t willing to work together to move forward. Also, he doesn’t think it would be prudent to meet with the black elected officials that are literally located in the same building as him. As a member of the BC, I take offense to that! https://t.co/xkLusy6yTb

During a recent interview with the conservative Beacon Center, Lee said that he's trying to listen more to African American leaders to discuss issues of racial justice.

He said he had engaged in three such meetings.

“I don’t know their viewpoint because I haven’t, I’m not an African American guy. I haven’t lived that way or grew up that way in America," Lee said.

But during the recent protests at the state Capitol, the governor refused to meet with protest leaders to hear their concerns.

Members of the legislature's Black Caucus also asked for an emergency meeting just before the recent special session.

In a letter dated Aug. 2nd, those lawmakers indicated they wanted to discuss allegations of "unlawful arrests, unlawful seizures, assaults and mistreatment of minors resulting in physical injuries" in the state's response to the protests.

"We have a lot of requests for a lot of meetings to meet with folks," Lee said Thursday in responses to NewsChannel 5's questions.

Earlier in the week, Lee defended his willingness to sign recently passed legislation that would make it a felony for protesters to set up overnight protests, "camping" outside the state Capitol.

NewsChannel 5 Investigates noted that protests by Black activists would be treated more seriously than someone who uses violence to intimidate voters, parents who abuse older children, spousal abuse, even sexual contact with a minor by an authority figure.

We asked, "Is that justice?"

Lee responded, "On balance, I think it was the right thing to do."

TN will make it a felony to set up overnight protests at state Capitol. Use of violence to intimidate voters, child abuse, spousal abuse, sexual contact w/ minor by authority figure are misdemeanors. Is that justice? @GovBillLee says "on balance, it was the right thing to do." pic.twitter.com/BhVBH4kbBP