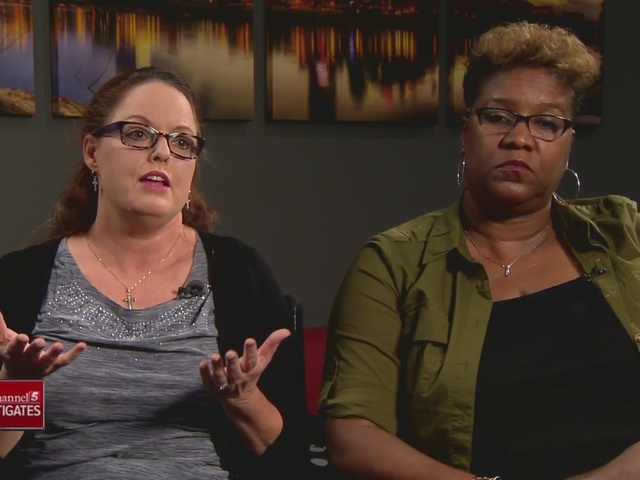 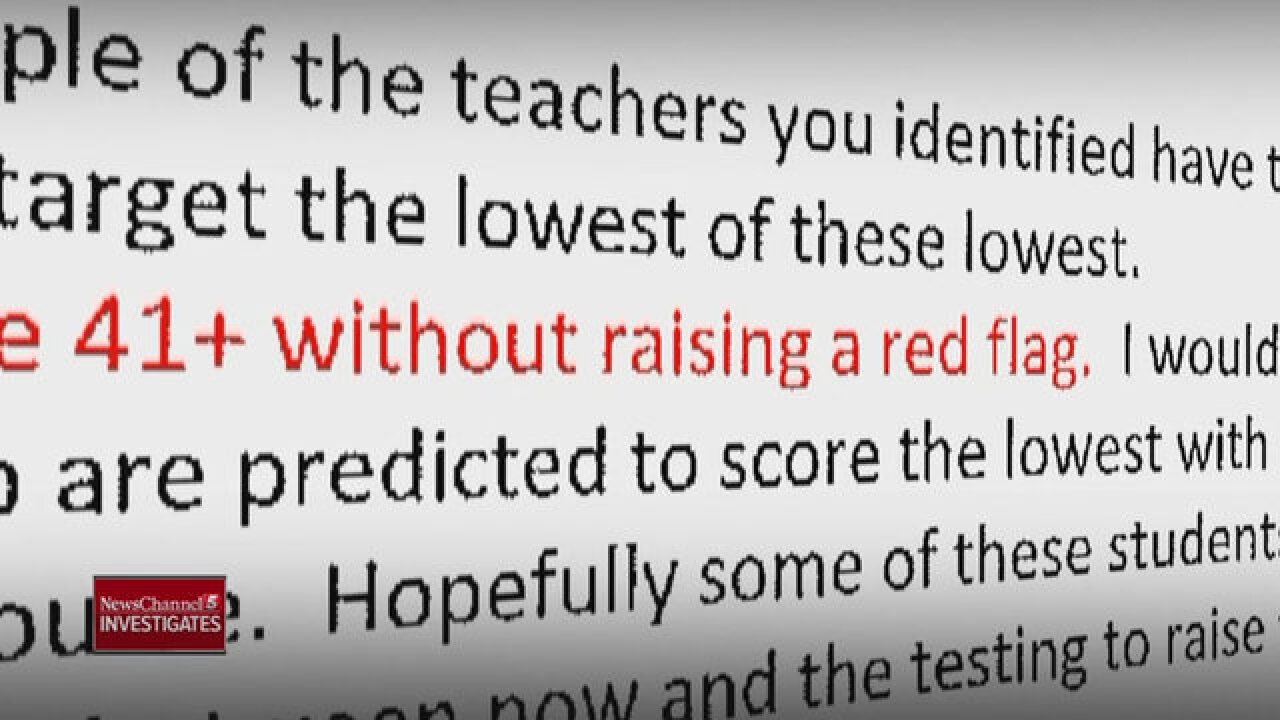 We asked state Rep. Rick Womick, "How close is this to a smoking gun?"

"I'd say the gun's pretty red hot -- and it's still smoking," the Rockvale Republican answered.

For the past six months, Metro Schools officials have downplayed questions raised by NewsChannel 5 about the district's testing practices.

Our investigation began with two Metro Schools insiders, who went public with concerns about struggling students being pulled from critical classes at some struggling high schools -- based on predictions that they might not perform well on End-of-Course exams that are used to rate the performance of the schools.

Yet, when lawmakers held hearings, Metro Schools official insisted there was no evidence of any such manipulation.

But the emails tell a different story.

"Everything they said in their testimony has just been proven to be a lie by these emails," Womick said.

The emails were written in February 2010 as Metro Schools faced pressure to boost test scores to avoid a state takeover.

Hunters Lane High School principal Susan Kessler notified then-Associate Superintendent Jay Steele that she had looked at students failing Algebra I and had identified more than 41 who were unlikely to pass their End-of-Course exams.

Steele's reply? "There is no way to move 41+ without raising a red flag."

Womick laughed at that statement.

Steele then suggested that the principal specifically "target the students who are predicted to score the lowest" to pull from the class.

Whistleblowers Kelly Brown and Shana West questioned -- if the goal was to provide interventions for struggling students, as school officials have claimed -- why Steele would have said "there is no way to move 41+ without raising a red flag."

The principal asked: "Stick with under 10?"

"If it's the best thing for the student, do it for everybody," Brown asked.

"Why would you keep it low?" NewsChannel 5 Investigates asked.

"Why would you do that?" she agreed.

And Steele's suggestion to "target the students who are predicted to score the lowest," the two women said, is a critical point.

The emails show that the principal instructed her assistants to check ThinkLink, a program that was used at the time to predict how students were likely to perform on those EOC exams.

"You want your best students to test," West interjected.

"Yeah," Brown agreed, "and you want to throw your low ones out."

West called it "gamesmanship, manipulating data. That's exactly what it is."

The whistleblowers had also told us about immigrant students being demoted from 11th grade to 10th grade in the computer system -- so they would not have to take an 11th grade writing assessment that was also used to rate the performance of the schools.

And there it was in an email from Jay Steele, instructing principals: "This is NOT a demotion and does NOT affect graduation."

Steele made the move after Glencliff High School principal Tony Major complained that immigrant students who had not enrolled in English III had "killed our scores."

Steele expressed hope that the on-paper demotions would boost the district's Adequate Yearly Progress scores -- the very scores that would have factored into a state takeover.

Copied on the email: then-director of schools Jesse Register.

"When you change paper to be something that's not what it's supposed to be, that is fraud," Womick added.

Despite those emails, Metro Schools issued another written statement saying the district stands by the findings of its internal review that there has been no systemic gamesmanship of testing data.

Ironically, the two individuals responsible for that internal investigation were copied on some of the very same emails that we discovered.

Here is the statement from Metro Schools:

Metro Schools stands by the process and findings of its Internal Review, specifically the conclusion that there was no evidence of systemic “gamesmanship” where students were being moved out of classes to avoid end-of-course (EOC) exams in order to inflate school performance data. This conclusion is based on an extensive review of large volumes of data. The number of incidents identified where students were moved out of courses was extremely small at most schools. Even at the school that had the most, the numbers were not large enough to have a substantial impact on school-level academic performance data, and certainly not district-level performance data.

Based on email records, the principal at Hunters Lane High School was given authorization by district staff in 2010 to move nine failing students out of an Algebra course during the spring semester that year. However, nothing in the email communication constitutes blanket permission for the principal to use that as an intervention strategy going forward. Those involved in the Internal Review process as well as the principal’s supervisor did not find the emails from six years ago to be relevant to the situations from the 2013-14 school year that were uncovered during the review process. As you know, as a result of the Internal Review, we have revised the district’s course re-take policy to give greater guidance to principals, counselors and teachers on the best educational practices to help struggling students.

As for district policy changes in 2009 related to English Learner (EL) students, we explained to you in detail the rationale behind those changes in a memo on Feb. 1. We stand by the explanation we provided in February.