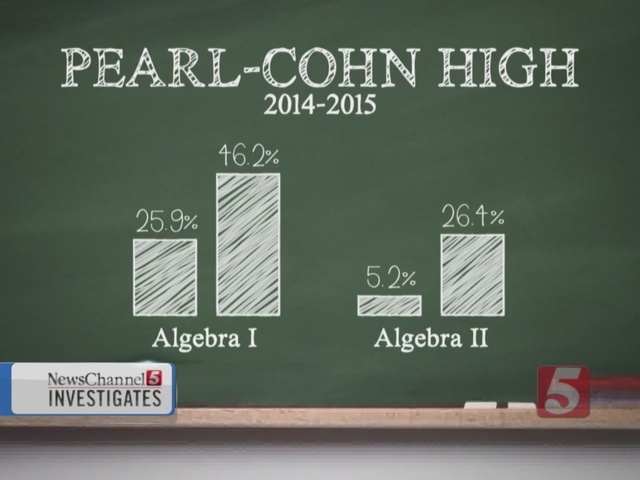 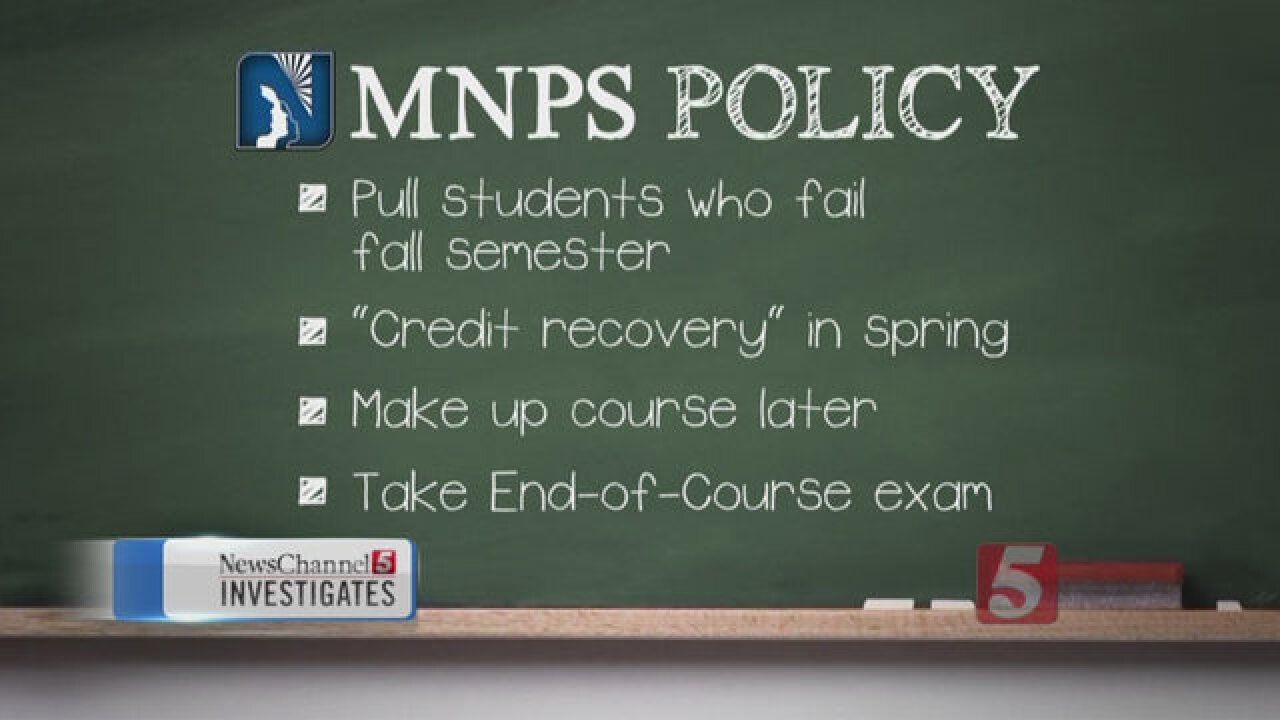 "We would call it gamesmanship, manipulating test scores so that the district's educational policies appear to be a bit better," said Bob Schaeffer, who works with the National Center for Fair and Open Testing, better known as FairTest.

Among the students who disappeared from the Metro Schools' statistics was Brenda Seay's granddaughter, a student at Nashville's Hunter's Lane High School.

Her course load included English I and Algebra I - both courses that she would need to graduate.

"She didn't have an A/B average, but she was passing," Seay recalled.

But Seay said that, when the second semester came around, someone at Hunters Lane pulled her granddaughter from both classes -- without ever telling her why.

"I wasn't even aware that she got moved," Seay said.

MNPS officials said that there were extenuating circumstances with Seay's granddaughter that they cannot discuss because of federal privacy laws.

They said that some schools pulled some struggling students from classes that had state-mandated End-of-Course exams -- the same exams that are used to measure how well the schools are performing.

Why would they do that?

Chief Academic Officer Jay Steele -- the architect of the city's high school program -- refused to go on camera to answer our questions.

But school officials insisted what they did was in the best interests of students who needed extra help.

Under an MNPS policy implemented in 2014, schools could pull students who failed the fall semester of a class, then put them in independent student for so-called "credit recovery" in the spring, expecting that they would make up the second half of the course sometime later.

Only then, whenever that occurred, would those students finally get around to the End-of-Course exam. (Read related email here.)

The Tennessee Department of Education said that would not violate its rules.

That came as students, who the district says were failing, were moved out of those critical classes.

As a result, at test time, the percentage of students passing Algebra I almost doubled.

But any students who were pulled out of those classes disappeared from the stats.

"On the one hand, it may help some students who will have more time and more teaching. At the same time those very policies will make the district look better by taking out likely low scores from the pool of students."

But Shana West and Kelly Brown told NewsChannel 5 Investigates that they uncovered examples of where students were pulled from classes even though they had passed the first semester.

That ignores the district's own policy -- known as "grade averaging" --  that allows students who fail one semester of a course to pull up their grades in the second semester to pass. That way, those students are not forced to make up the class later in their careers.

"Many of them were like 65, 67, you know, every easily could have grade averaged," Brown said.

NewsChannel 5 Investigates asked, "But they were not given a chance?"

Among them: a male student - identified to us as Student H - was enrolled in English II at Pearl-Cohn in 2013-14.

He did fail the first semester with a 66, but then he pulled his grades up to an 84 in the third quarter.

Still, his practice tests predicted he might not pass the End-of-Course exam that's so important for the school's ratings.

That's when, Brown said, he was pulled from the class.

"The behaviors you describe go quite a bit farther further and appear to cross the ethical line," Schaeffer said.

He added that, if students really have been pulled from classes just to help paint a rosy picture of what's going on inside the school, that's more than gamesmanship.

NewsChannel 5 Investigates did obtain an email showing the MNPS central office was aware of concerns over students being pulled from certain critical classes at Pearl-Cohn -- right before those End-of-Course exams back in 2014.

A second email suggests that higher-ups asked the principal about it, and it notes that the principal indicated that "four students were moved."

But a Metro Schools spokesperson insisted that, whatever happened there, it was not a violation of district policies. (Read the email here.)

This is what @NC5PhilWilliams is reporting tonight, including a data-backed response. https://t.co/UYxxiTu2Ai

It contains slightly different numbers from the ones obtained by Kelly Brown and suggests that there could be extenuating circumstances with some of the cases.

But it does not dispute what Schaeffer said, that the school system's own policy allows for the students who are struggling the most to not be counted in the stats showing how well the school is doing.