Former 'Teacher Of The Year' Alleges Pressure To Change Grades 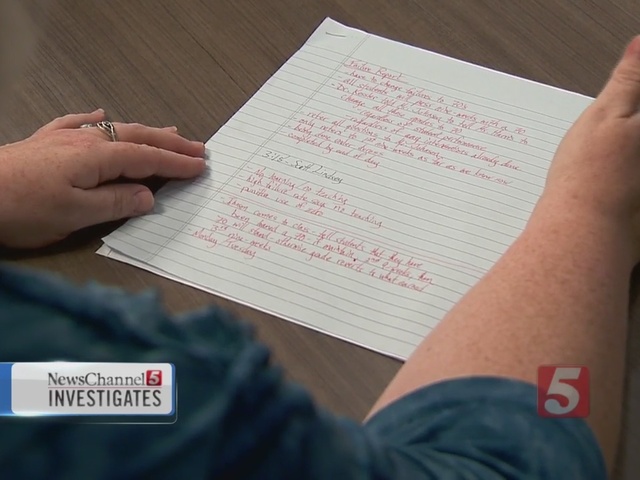 A former Teacher of the Year says she was ordered to change failing grades to passing inside one Nashville high school. 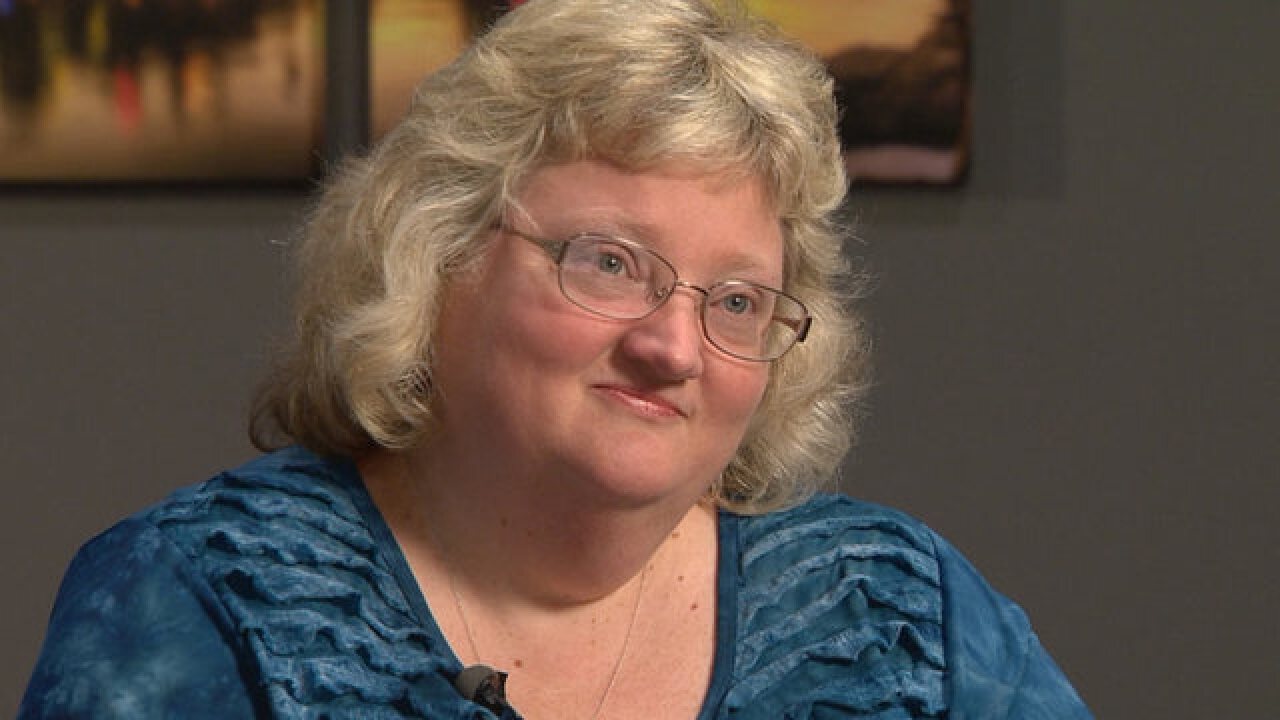 A former Teacher of the Year says she was ordered to change failing grades to passing as one Nashville high school faced pressures to improve graduation rates.

But a 2012 controversy inside Hunters Lane High School -- and the internal investigation that followed -- raise questions about how that has happened.

"It's sad that we as educators cannot have high expectations when the administration is saying that no, no, high expectations are going to make us look bad as a school," teacher Lanita Harris told NewsChannel 5 Investigates in an exclusive interview.

For Harris, Hunters Lane was a special place.

She became a well-respected English teacher who, in 2006, was named the Metro high school teacher of the year.

But under the direction of Principal Susan Kessler, Harris had the higher-level English classes taken from her.

She was assigned to teach English II to a group of struggling students.

"I had tried everything I knew to do and the scores, their performance was still very poor," Harris recalled.

Then, in March 2012, Harris says an assistant principal came to her at the end of one grading period with a message.

She had too many failures -- almost half of the students were failing -- and something needed to be done.

"I needed to change every grade, failing grade, for every student -- that it had to be changed to a 70, which is a passing grade of a D," she said.

"Every single grade?" we asked.

She pulled out a sheet of paper to document it all.

"Let me make this clear, 'All students will pass nine weeks with a 70.' And he said 'that's right.'" Harris recounted. "And then I asked him if this was his idea and he said 'no.' And I pushed him and he finally said that, yes, Dr. Kessler, the executive principal had given this directive.

"So I wrote that down: Dr. Kessler told Mr. Johnson to tell Miss Harris to change all these grades to 70.

"And I said, is this what she said? And he said, that is correct."

Harris said she was stunned.

"I had one student who had been in my classroom only one day that I had physically seen this child,"  she said.

NewsChannel 5 Investigates asked, "And you had to give that student a passing grade?"

Harris continued. "One student in particular would just throw the work on the floor. I don't know if I can say this on camera, but the student would tell me to get the f... out of my face."

We asked, "And you had to give that student a passing grade?"

"And that student got a 70," she acknowledged.

There was even a student who had assaulted her a few months before, who was still on the books in her class.

"Yes, he was one of the failures," Harris said.

NewsChannel 5 Investigates asked, "And you had to give him...."

"A passing grade," she nodded. "That's an insult to me. That was hard to do."

Harris said she did what she was told. Then, she headed down to the school board offices to file a complaint.

The next morning, Kessler summoned Harris to her office.

"If 49 percent of your students didn't learn anything, then that's a teaching concern," Kessler said.

During a 45-minute conversation, Kessler tried to put the blame back on Harris.

She suggested the teacher was being unfair to the student who refused to do the work, since the student seemed to grasp the basic concepts.

"If his performance indicates that he's learned, then why would he fail?" the principal asked.

"Because he does not choose to do the work," Harris answered. "He doesn't want to pass."

"I guess, here is the question," Kessler countered, "why does he need to do the work if he can perform in a way that indicates he's already learned it?"

Harris said her reaction was: "The whole time I'm thinking that we're skirting the issue here, that you asked me to do something, under duress, that is wrong."

On the recording, Kessler suggested that Harris treat the passing grades as a "loan" to encourage students to do better in the next nine weeks.

Yet, in a written response provided to the human resources department, Dr. Kessler insisted that Harris "was never directed to change her grades," that she simply did that on her own as a "knee jerk reaction" to being questioned.

She even argued that the former teacher of the year's "credibility is highly suspect."

But NewsChannel 5 Investigates got the file from human resources, and it shows that another teacher revealed that the same assistant principal told her "you have to change these grades."

He was specific: "Dr. Kessler wanted the grades changed by the end of the day."

Another teacher was told "any failing grades would not be acceptable."

Yet another was ordered to change "failures to passing" -- all of them -- "regardless of how close they were to passing."

In that case, a second assistant principal actually had an email from Kessler herself saying "he needs to change them."

One teacher even reported that a colleague was rumored to have made statements that  he "changes grades so (he) can keep (his) job."

The director of employee relations for Metro Schools, Scott Lindsey, remarked in one email: "I really feel bad for those teachers at Hunters Lane."

But when word got to Chief Academic Officer Jay Steele's office, higher-ups decided there was no violation of policy.

Still, in an email, the lead principal over all Metro high schools cautioned Kessler: "You must do everything you can not to exacerbate the problem in any way that may cause the teachers to take their complaints elsewhere."

Harris said, "A successful teacher in Metro under this regime is going to be a teacher who is willing to sacrifice those things and say nothing about it."

In the end, she decided to move to another district.

But the woman who once considered one of Metro's best teachers still worries for the children at the school where she found her own direction in life.

Metro Schools graduation rates have, in the words of the district, "skyrocketed." 13/ pic.twitter.com/BqEs1OObM2

Dr. Kessler declined our request to tell her side of the story.

In the audio recording, she never said that it was her idea for Harris to change her grades, but she doesn't reverse the decision either.

Her written statement does acknowledge ordering grades to be changes in at least a couple of cases where she argues students were being "victimized" by low-performing teachers or teachers who she feared might have bad motives.

Kessler argued -- and Metro Schools agrees -- that board rules allowed her to change grades if she thought it was necessary. (Read the statement from Metro Schools here.)

In fact, Kessler's view represents the direction that all Metro schools have gone since 2013.

Now, a student who refuses to do a test, for example, can never get below a 50 and students are not allowed to be graded on homework.

But Harris told NewsChannel 5 Investigates that wasn't even offered to her as a option.

"As a 20 year veteran, I was always willing to work with students," she said.

"Have I given 50s from time to time? Yes, but never was I asked to change grades to passing. That is a whole different violation right there that is completely unethical, completely unfair, and it sets the student up for -- I believe -- an even worse failure down the road."