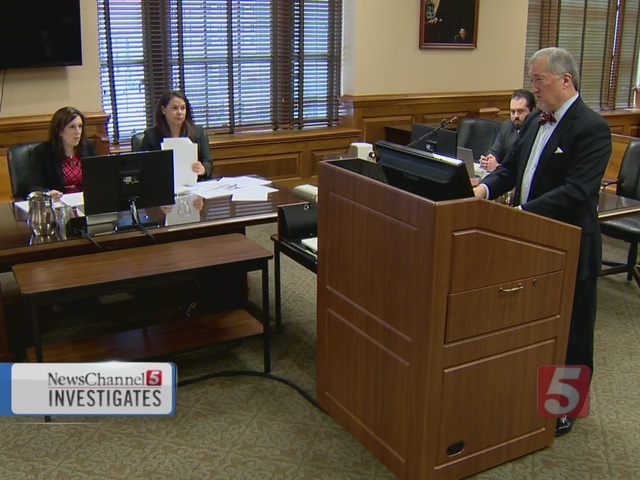 A judge has dismissed a class-action lawsuit filed by a Metro Schools student over the district's testing practices.

A Davidson County chancellor has dismissed a class-action lawsuit filed by a Metro Schools student who claims she was pulled from a class to help manipulate her school's test scores.

Chancellor Ellen Hobbs Lyle granted the motion filed by Metro lawyers, who argued that 18-year-old Toni Jones had no constitutional right to sue.

"The court concludes that the allegations in the complaint do not rise to the level of a constitutional property right," Lyle said Friday morning in a ruling that followed a 30-minute hearing.

As NewsChannel 5 Investigates first reported, Toni Jones was a freshman at Nashville's Pearl-Cohn High School in 2014 when she was pulled from Algebra I just before a critical End-of-Course (EOC) exam that's used to judge the performance of the school.

School records show that Jones was actually passing, but predictive tests indicated that she might not score well on the EOC exam that is so important to the school.

Jones was put into a computer lab and told to study Algebra on her own. Without a teacher, she did not complete the course that she needed to graduate. As a result, Jones said, her academic career went into a slide from which she never recovered.

"We are admitting all of the facts as they are contained in the complaint," she said. "We are also admitting there may have been harm from that."

But Roberge argued that allowing school decisions to be brought into court would be "opening a Pandora's box" of litigation.

The solution, she insisted, is "a political remedy," such as complaining to the principal or the school board.

"This was not done for Toni Jones, it was done to her," he said.

"There are hundreds of these children, you honor, who are in a class, passing this class, removed without so much as a call to the mother, given no explanation, taken to another room and denied a teacher. Now, if that's not a denial of a fundamental right of education, what would they have to do to deny that right?"

Blackburn said he will take the case to the Tennessee Court of Appeals.

"If this decision is sustained, it means that the Metropolitan government can deny teachers to children and they have no remedy. We're going to appeal that finding," he insisted.