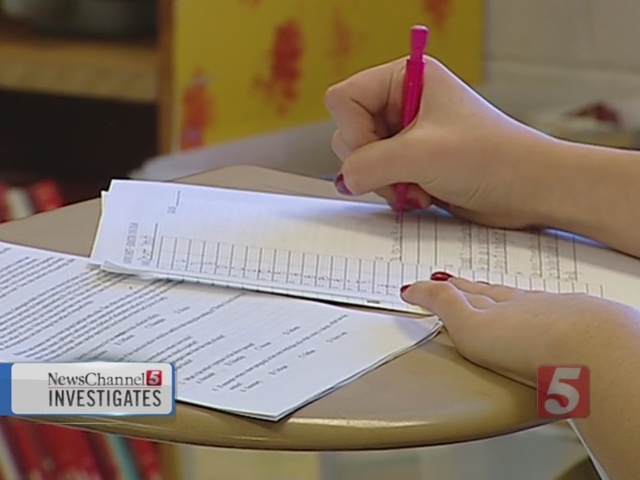 If there's a problem, we'll get to the bottom of it. That was the message Friday from Metro Schools officials. 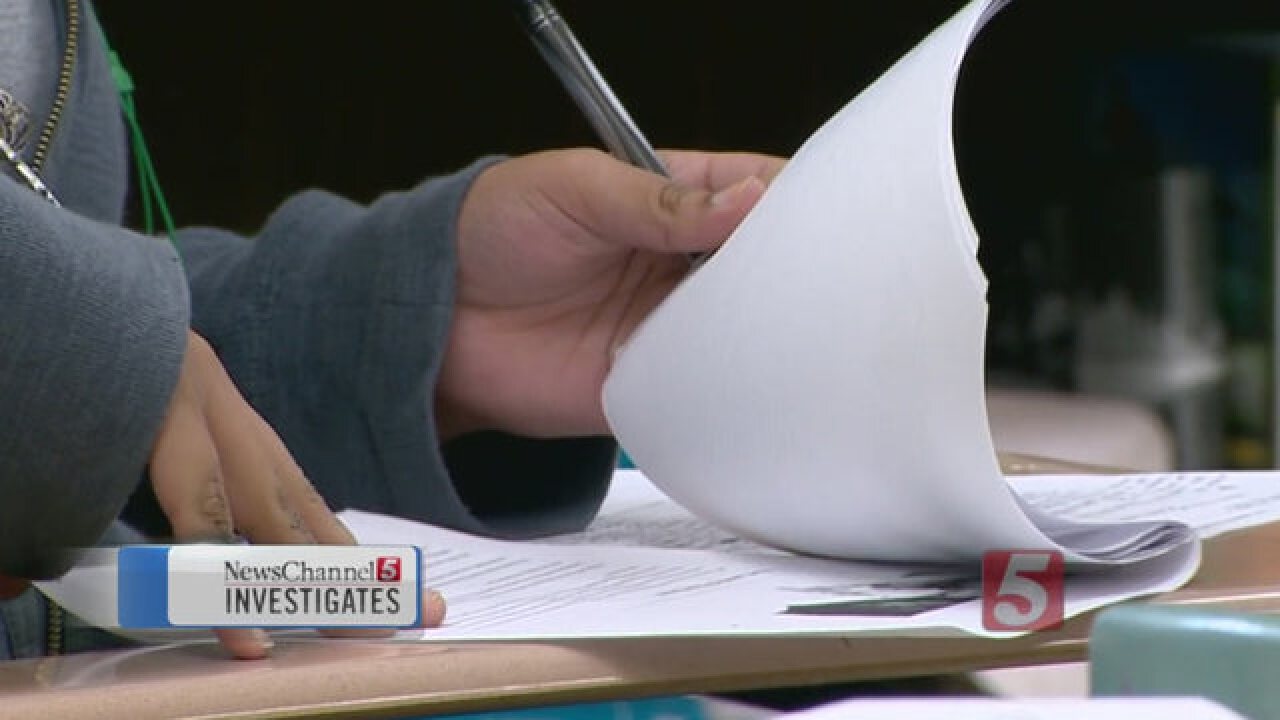 If there's a problem, we'll get to the bottom of it.

That was the message Friday from Metro Schools officials.

It follows questions raised by two whistleblowers about testing policies inside some of Nashville's struggling high schools.

"We are taking this very seriously and we are looking through a lot of data," said Fred Carr, the district's chief operating officer.

Paul Changas, the district's executive director for research, assessment and evaluation, said that he's "had multiple people looking into this data for the last week and a half."

"I have a good team of problem solvers, and we are trying to approach this from different directions: If we were going to game the system, where would we go? And we haven't found anything that's come out as being a problem."

However, the man who sets the policies for Nashville high schools, Dr. Jay Steele, is still refusing to sit down and answer our questions.

The whistleblowers, both Metro Schools employees, allege that some high schools pulled low-performing students from certain critical classes, specifically the core classes that have End-of-Course exams that are also used to grade the schools.

"I can assure you that I have staff that are not hesitant to let us know when they see these discrepancies," Changas said.

He explained that his staff  analyzed the records of last year's graduates and only found isolated examples of students who didn't take the required exams.

Other staff are now combing through records looking for suspicious transfers of students from those critical courses.

"We are having to look at thousands of kids with thousands of schedule changes to see if there is anything there," Carr said. "If it's there, we want to find it."

In a recent Skype interview, Bob Schaeffer -- with the testing watchdog group FairTest -- said he's seen plenty of other testing controversies where well-meaning researchers looked at the data and found nothing -- only to see it blow up later.

"Our experience is that it does not make sense to have a district investigate itself," Schaeffer explained.

"In almost every place where major patterns of score manipulation and cheating have taken place, it has been up to outside investigators, often lawyers and police who are trained in asking questions -- not educators who are trained in teaching and learning -- who have gotten to the bottom of what's really going on."

But the Metro Schools officials said they're committed to the truth.

"So far, we have not been able to uncover any kind of systematic issues, but we are still looking," Carr added.

Also Friday afternoon, Interim Director of Schools Chris Henson sent out an email to Metro Schools employees, urging them to come forward if they have any knowledge of inappropriate conduct.

It added that, if they don't feel comfortable going through district officials, they can report it anonymously to the internal auditor for Metro government.

A Tennessee Department of Education spokesperson said state employees reviewed some evidence from one of the whistleblowers earlier this year, but they did not see anything there that would be a violation of state rules.

When we asked Metro's own admission, that Pearl-Cohn made up its own grading rules and made it easier for students to graduate, the spokesperson refused to comment.