MNPS: 'No Evidence Of Systemic Gamesmanship' 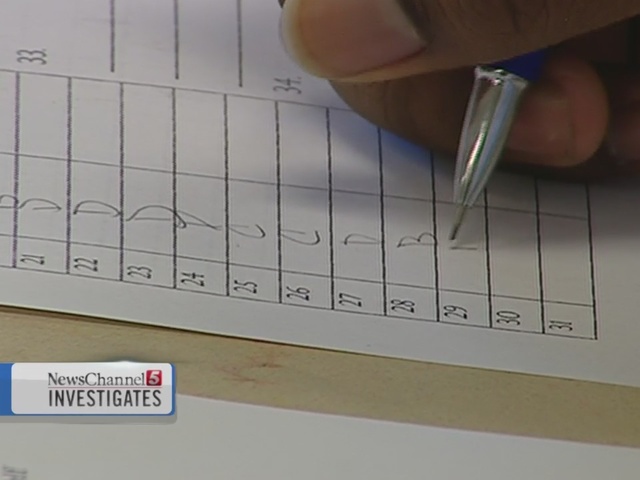 An internal review of testing practices by Metro Nashville Public Schools found no evidence of a district-wide effort to manipulate standardized test scores. 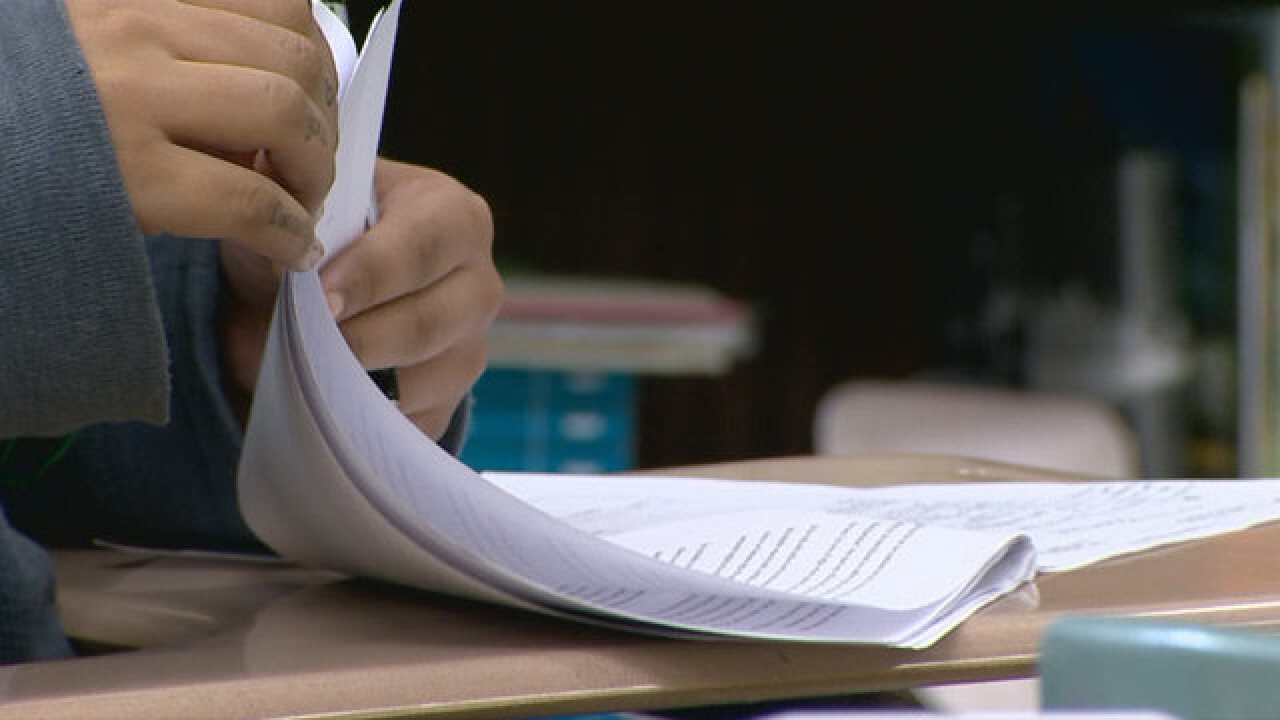 An internal review of testing practices by Metro Nashville Public Schools found no evidence of a district-wide effort to manipulate standardized test scores.

But that review did uncover suspicious patterns -- what the school system called "outliers" -- at one Nashville high school. And it found policies that need to be revised.

"There is very clearly not a systemic, coercive plan to do this across the district -- the numbers don't support that," said Fred Carr, MNPS chief operating officer.

That internal review was prompted by an exclusive NewsChannel 5 investigation in which several whistleblowers described efforts at some low-performing high schools to pull struggling students from classes with critical End-of-Course exams.

Those exams are used to gauge the performance of the schools.

At Hunters Lane High School, the district's internal review found "an unusually high number" of students who were moved out of Algebra II and English III shortly before those EOC exams. Students were moved from traditional classes and put into "credit recovery" to study the subjects on a computer.

That meant those students did not have to take the tests that are so critical to the school's scores.

NewsChannel 5 Investigates asked Carr if there is a "problem at Hunters Lane."

"I'm having trouble with the world 'problem,'" he answered.

"When we did the internal review basically we were looking at numbers and trying to show what we found. The 'whys' of what we found was really beyond the scope of what've done in the report."

Former guidance counselor Kelly Brown had told us that, at Pearl-Cohn High School, the principal ordered certain students to be pulled from classes with End-of-Course exams, but that plan failed when a counselor forgot to follow the principal's orders.

Related story:
Toni's Story: 'I Was Cheated Out Of My Education'

NewsChannel 5 Investigates asked Paul Changas, the district's director of research, about his review of the Pearl-Cohn situation.

"Did you interview guidance counselors?" we asked.

"No, we did not," Changas acknowledged.

"First of all, we found very few students that fit the pattern that we were looking at."

Our investigation also uncovered allegations that some struggling students were encouraged to skip the ACT college prep test that's supposed to be given to all 11th graders.

The internal review found only 85 percent of 2014 graduates ever took the test.

"If you have a high schooler that is not college bound and you are giving the test on Thursday and it's a five-hour test and they don't come to school, it's a real challenge."

NewsChannel 5 Investigates asked, "Did you ask whether principals had been telling students they could skip that day?"

"We did not interview people for this," Carr admitted. "We did not go out and ask. This was not an investigation. This was basically a review of data."

Our investigation also raised questions about some schools increasing their graduation rates by devising their own grading plans or ordering teachers to change failing grades to passing.

The internal review did not delve into those issues.

In addition, the Tennessee Department of Education is working on its own investigation of Metro's testing practices.

“We take any allegations of test impropriety or wrongful actions against students extremely seriously. When two MNPS staff members came forward claiming that students were being removed from EOC courses to inflate school performance data, I directed our Chief Operating Officer to launch an extensive internal review into the matter. After four months of work, which included close collaboration with the Tennessee Department of Education, I feel confident we now have a full grasp of what is and is not occurring in our schools in regard to EOC testing. While we did not find the type of systemic issues that were alleged, we did find a small number of student cases that are not in line with what we would hope to find in our schools. Even one case is too many, and we are addressing the situation through more robust policy related to academic interventions and additional monitoring practices going forward. We want parents, students and community members to know that, as a district, we put our students’ best educational interests first and we expect each of our schools to do the same.”

You can read the internal review here.