School Testing: Are Some Metro High Schools Faking The Grade? 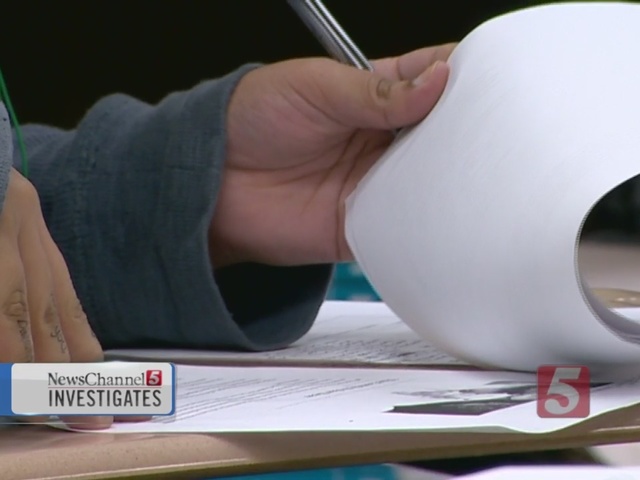 For the first time, two Metro educators are going public with their concerns -- and others, who did not want to go on camera, are telling similar stories to NewsChannel 5. 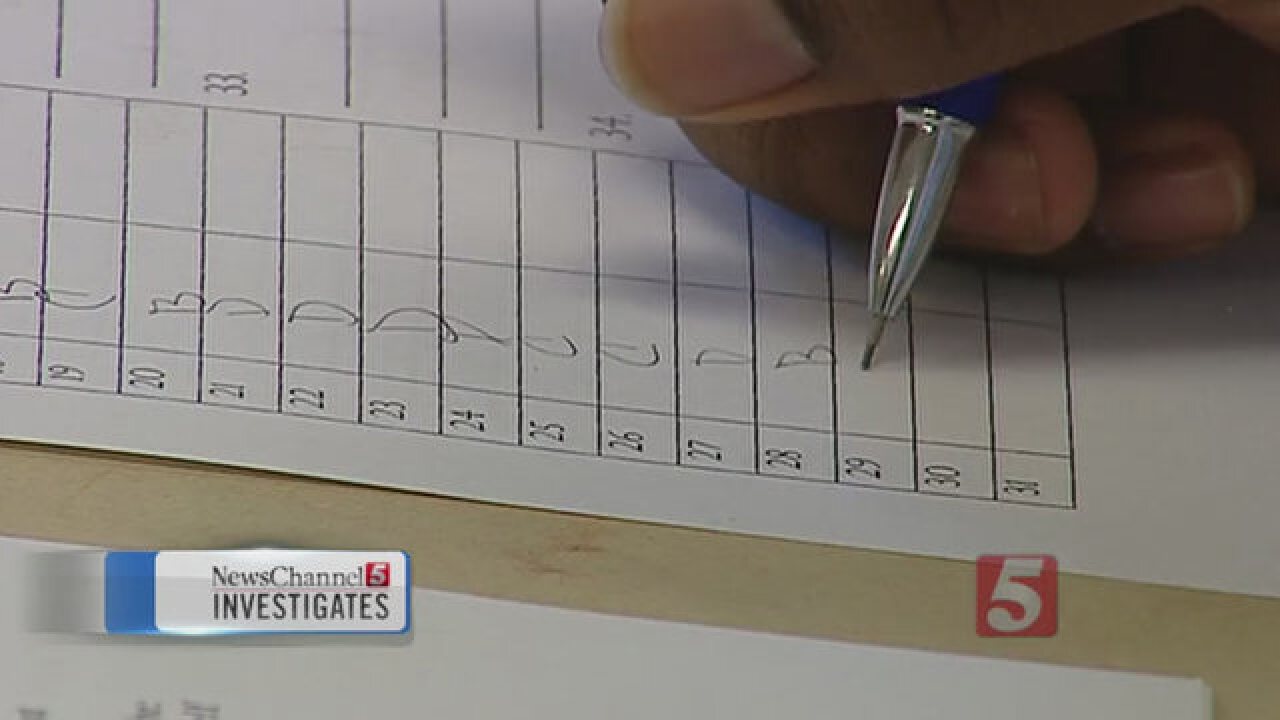 For the first time, two educators are going public with their concerns -- and others, who did not want to go on camera, are telling similar stories to NewsChannel 5 Investigates.

One national magazine even dubbed it a "District of Distinction."

"When I hear those stories, it makes me angry because I know they are not true," said Kelly Brown, a Metro school teacher who once served on the district's school counseling leadership team.

"True gains would involve making sure that every student tested," she said.

Now, these current Metro school employees are risking it all to blow the whistle on a testing system that, they say, hides the students who need help the most -- all to make the schools' test scores look better.

"This is manipulating data. This is making the test results different from what they would have been," Brown said.

In Tennessee, high schools are judged largely on the percentage of students who score proficient or advanced on End-of-Course exams in seven subjects -- three years of English, two years of Algebra, as well as biology and chemistry.

Underlying the controversy is this question: are these MNPS numbers as great as they look? 18/ pic.twitter.com/bFrlU829sJ

In 2013-2014, Brown was the lead counselor at Pearl-Cohn, the lowest-performing high school in the city of Nashville that was facing the potential for a state takeover.

"We were pretty much under the gun to get our scores up. It was kind of a do-or-die thing," she recalled.

Pearl-Cohn has tried to carve a niche for itself as an entertainment magnet school.

But in April 2014, Brown said her principal brought her a list of students who needed to be pulled from classes -- just a few weeks before those critical End-of-Course exams.

"A lot of them were, yes, failing - but not by much. There were some that were actually passing," Brown said.

"They were actually passing?" we asked

"And they were pulled from the class?"

When Brown looked at their files, she discovered that the students who were pulled had not done well on a round of practice tests -- tests that are supposed to predict how well they'll perform on their exams.

"All of these students, the ones that got pulled, have that in common: they did not perform well on the predictive tests," she insisted.

Shana West was a ninth-grade counselor at Hunters Lane High School, a school that showed gains on those exams due to what the principal described as a different approach to involving the students as partners.

"Some would say, 'Ms. West, why did you change my schedule?' And I said, 'Well, I didn't change your schedule,'" she remembered. "I thought, well, let me just check the 10th and 11th grade rosters, transcripts, and noticed that, OK, there were more."

NewsChannel 5 Investigates asked, "So they were pulling the students who had not done well on the practice tests?"

District officials say they did approve a policy that let schools pull students who failed the fall semester of a class to give them remedial help in the spring -- what they call "credit recovery" -- expecting that they would make up the second half of the course sometime later.

Then, they would take the End-of-Course exam.

But these former high school counselors showed us plenty of examples of passing grades: a 74, a 78, even an 84.

In one case, a female student -- identified to us as Student D -- was enrolled in Algebra I at Pearl-Cohn and actually passed the first semester with an 81.

But Student D's three predictive tests suggested she might score "below basic" on the exam that's used to judge the school. That's the lowest level.

That's when she was pulled from the class.

Then, like most of the others, Student D was signed up to finish Algebra I on the computer, using a program the district calls A-Plus -- an assignment that, more than a year later, Student D still hasn't completed.

"So they're really having to get that information on their own and they don't. The vast majority of students don't -- without real structure and guidance -- do not finish A-Plus, and they didn't finish A-Plus."

"I said I can't work in a school where we pull students from testing," she recounted.

Brown said the direction would have come from one of the principal's superiors in the Central Office.

Shana West admitted that she got into trouble at Hunters Lane when she actually promoted some of the students who had not been allowed to complete their classes.

"These students should have had had the opportunity to take the course and be promoted and not have to go into credit recovery for something that they did not fail," West said.

Both women said that they know of students who have been hurt by these practices -- all at the same time school officials are busy patting themselves on the backs.

"I would never want this done to my own child -- never," Brown said. "Who in their right mind would do this to their child and if you wouldn't do this to your child, why are you doing it to these children?"

We noted, "It's cheating the children."

"It's cheating them," Brown agreed.

Both women said that they've heard similar stories from colleagues inside other struggling Metro high schools, which is another reason why they think the direction was coming from higher up.

For everyone who just saw the Phil Williams story, this is our full response. Definitely worth a read. https://t.co/11VrUgv3w0

NewsChannel 5 Investigates requested that a Metro Schools official sit down to answer our question.

Instead, they sent us a written statement, saying that they had begun an internal review as a result of the questions we had asked.

"Records reviewed to date indicate that there is no evidence of systematic avoidance of EOC exams," the statement said.

That research uncovered "a relatively small number of students" who did not take those state-mandated tests, but those cases "appear to be spread out and not unusually high for any particular school."