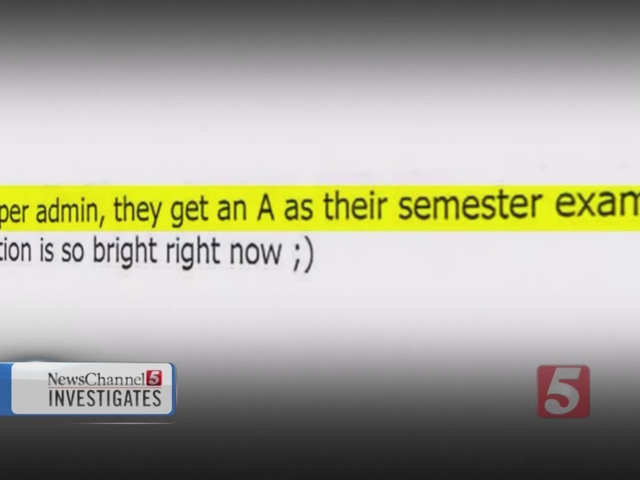 A struggling Nashville high school, under pressure to improve graduation rates, made up its own grading rules, our investigation discovered. 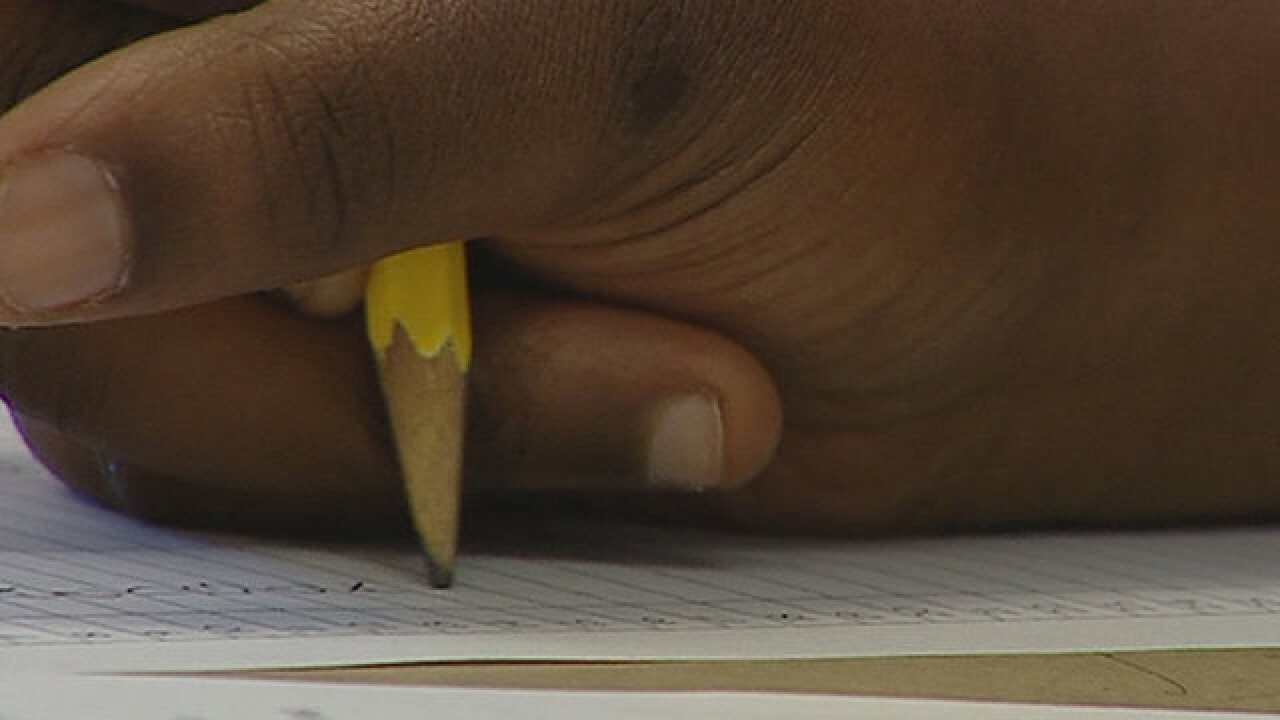 A struggling Nashville high school, under pressure to improve graduation rates, made up its own rules as it tried to help get students out the door.

That's the latest finding from our NewsChannel 5 investigation of Metro Schools, and it raises serious questions about the school system's own claims.

Metro Schools recently put out a big announcement, claiming that graduation rates in the city have "skyrocketed."

The biggest gain for the year came at Pearl Cohn High School in North Nashville, where graduation rates jumped from 69 percent to almost 85 percent in just one year.

Last year, Pearl-Cohn was placed on the state's priority list -- the list of the lowest performing schools.

But in a recent application for federal funds, Pearl-Cohn officials boasted that the school's graduation rates are on the rise and that more students than ever are taking Advanced Placement tests.

Still, we discovered the school has been playing by different rules.

Out on the football field, the Pearl-Cohn High School team plays by the same rules as everyone else.

A touchdown is still six points.

A point after is still one.

But inside the building, officials apparently made up their own rules as the school faced the risk of a state takeover.

The results even brought an invitation for the principal, Dr. Sonia Stewart, to meet with the U.S. Secretary of Education.

Brown, now a Metro Schools teacher, is blowing the whistle on some of Metro Nashville's testing and grading practices.

In 2013, Metro implemented a controversial policy that no student could ever get a grade below a 50.

But Pearl-Cohn's policy was nothing below a 60 -- that's just 10 points below passing.

"If a student came in and didn't do anything, you're not going to get anything lower than a 60," Brown said.

NewsChannel 5 Investigates asked, "So if a child wads up the test and throws it back at the teacher, you still get a 60?"

Metro Schools confirmed Brown's story, saying it does violate the district's policies and that no one at the central office knew about it.

A spokesperson said the Vanderbilt-educated principal simply misinterpreted the "nothing below a 50" policy to be 60.

In fact, she said, Pearl-Cohn teachers challenged their principal about why they weren't following district policy.

At a recent Pearl-Cohn football game, we wanted to give Dr. Stewart a chance to defend herself.

But she refused to say whether the grading policy was really something she did on her own.

"She would have to have gotten approval through central office for something like that," Brown said.

We asked, "She's not the type of person to go rogue."

And while the Pearl-Cohn football team knows it has to do more than just show up, Brown had an email where she complained about Advanced Placement students who, 20 minutes into their big AP tests, were sleeping.

She asked an English teacher, "Why would they pay to take a 3 hour nap?"

The teacher replied, "Per admin, they get an 'A' as their semester exam grade for taking the test." The teacher added, "So they paid for an A, basically."

Metro Schools acknowledged, in a statement, that Pearl-Cohn followed such a policy in violation of district policies, but it said that "the district takes responsibility for not adequately communicating expectations" to high school principals.

"Of course, it makes our school look better because we can now say we had x-numbers of students taking AP, and our numbers are growing," Brown said.

In this round of @NC5PhilWilliams responses, we take responsibility for some practices that need to be done better. https://t.co/81xdNfboag

And while no one else can score a touchdown for the Pearl-Cohn team, Brown said that, inside the school, another administrator openly bragged about doing online work for students so they could graduate.

"I told myself I don't want to know that because if it is what it is I have to report it," she recalled.

Then, one day, she saw it with her own eyes -- and saw the administrator telling a senior: "You need to get back up there and get working on that math so that you can graduate. After all, I'm down here doing your English so you can do that."

Her reaction: "I couldn't believe it. I was just floored."

That's when she confronted her colleague.

Brown said she reported it to Stewart, but the administrator denied it.

And when the central office heard the rumors, an email shows Stewart assured higher-ups that the administrator "did not take the course nor the test for the student," but she did get a "reprimand for being too engaged with the student."

NewsChannel 5 Investigates asked Brown, "If someone wanted to find out whether cheating was going on, that record is going to be in the computer system."

"And as far as you know, no one ever looked at that?"

"If they did," she replied, "then they would have found what I said."

Brown declined to identify the administrator.

But she provided us with screenshots from the school computer system, showing that -- in the case of that one student -- it shows the student was making up two separate courses on two separate computers at the exact same time.

Metro Schools said, in a statement, "the student was working on two separate courses in two rooms with two separate faculty members, which is possible and allowed in the credit recovery program."

The statement acknowledges that Metro Schools higher-ups were aware of the allegations, but that "it was determined by high school supervisors that the principal acted properly and made the right decision in resolving the allegations."

There was no independent investigation.

Pearl-Cohn is the same school where Brown alleged the principal asked counselors to pull certain low-performing students from classes right before the district critical End-of-Course exams -- exams that are used to judge how well the school is performing.