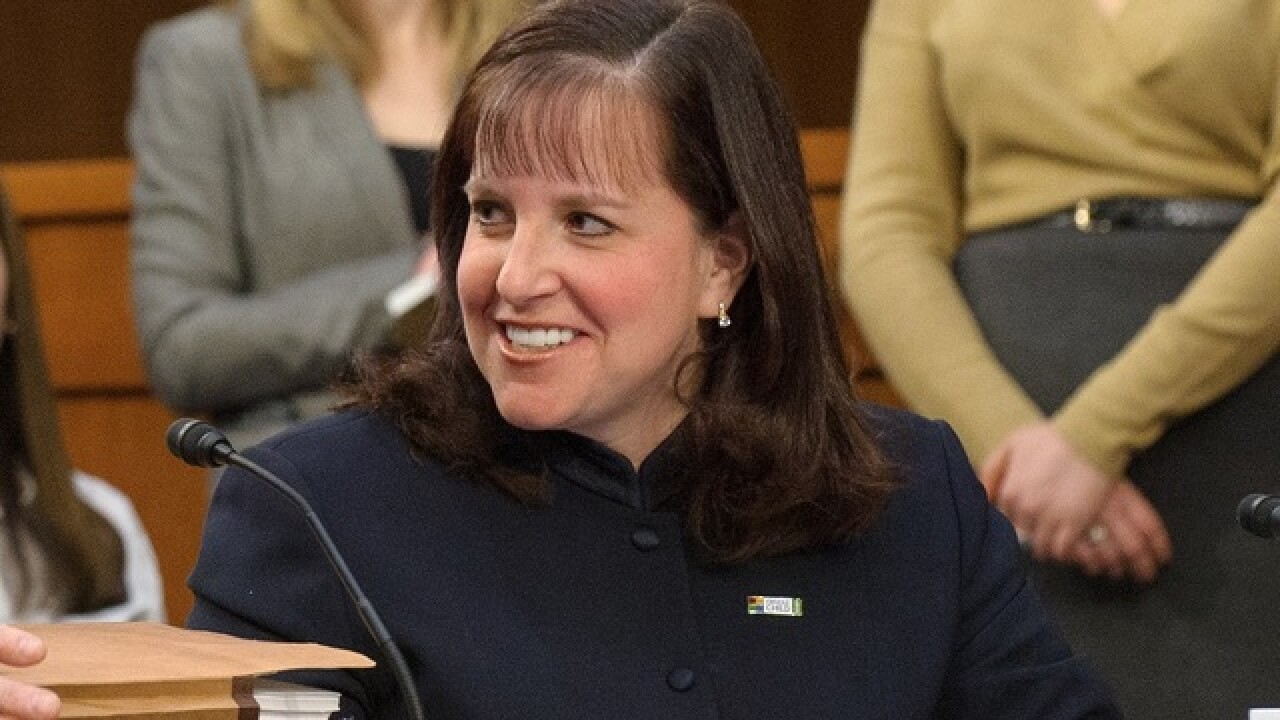 An attorney for a Nashville high school principal at the center of a testing and grading controversy has warned Metro Schools that she's prepared to sue over the district's failure to defend her -- or if the district takes any disciplinary action against her.

In a letter sent last month to Metro's interim director of schools, the attorney for Hunters Lane High School principal Susan Kessler also accused the district's chief spokesperson of "engaging in a deliberate attempt to slander and defame" Kessler.

"Dr. Kessler has been a loyal advocate for Metropolitan Nashville Public Schools over her many years of employment and her impact as an excellent principal has been well documented," wrote attorney David L. Cooper in a December 11th letter.

"Why the school district would not vigorously defend her when her actions are consistent with policy and best practices for meeting the needs of students who are academically behind is unfathomable."

Cooper also warned that, "in the event that any adverse job action is taken by Metro against Dr. Kessler, it will be considered a form of retaliation for reporting her concerns" about the district's communications office.

The letter comes as Metro Schools officials are conducting an internal investigation as a result of questions raised by NewsChannel 5 Investigates.

In a series of interviews with NewsChannel 5, current and former Metro Schools employees have claimed that struggling students at Hunters Lane and other schools were pulled from classes with End-of-Course exams.

Those exams are used to judge the schools' performance.

"Dr. Kessler has been directed not to speak with the reporter and she has repeatedly followed those instructions, even though she has been willing to be interviewed," Cooper wrote.

"We believe Ms. Lacy and the communications department is deliberately trying to sabotage and defame Dr. Kessler, with the ultimate effect that the truth is not being told by Metro," Cooper argued.

The attorney also claimed that Lacy "demanded" that district officials "take punitive action against Dr. Kessler so she could inform the media and show the district's response."

In addition, Cooper criticized the district's response to an earlier story where a former Metro Teacher of the Year accused Kessler of pressuring her and other teachers to change failing grades to passing.

A 2012 internal investigation revealed similar allegations from other teachers and an assistant principal.

Others in the district's human resources office expressed concern about Kessler's actions, but the principal's bosses concluded she had not violated any policy.

However, in his letter to Henson, Kessler's lawyer said that Lacy first suggested "that she was going to write a press release that claimed that the 'investigation conducted in 2012 was botched.'"

Instead, the district ended up issuing a statement defending Kessler.

But the attorney blasted the district for not including Kessler's claim that "fewer than 1 percent of the grades at Hunters Lane High School were changed" -- because Lacy could not verify those numbers.

But in a memo to the school board, sent the same day that Kessler's letter was released to NewsChannel 5 Investigates, the MNPS administration outlined the district's communications strategy.

Part of that strategy, the memo said, is "to not deny any accusations unless we can substantiate our positions with data or other clear evidence."

"In our opinion, the worst outcome of this situation would be for us to deny an accusation that is later proven true," the memo said.

It goes on to note that "answering questions on camera is the most credible way to defend serious accusations in an investigative story such as this."

"However," it added, "to be credible, the message must be delivered by the person who is responsible for the issue(s) under investigation."

The MNPS memo noted that the responsible person, Chief Academic Officer Jay Steele, refused NewsChannel 5's repeated requests for an interview before his resignation in December.

"We do not feel it is fair to our principals for them to be the face of Mr. Williams' investigation when their division head chose not to be interviewed," it said.

Still, the MNPS document said, "our principals and their supervisors in Leadership & Learning make the ultimate decision about whether or not they accept his interview request."

Kessler, who recently began communicating with NewsChannel 5 Investigates by email and once by phone, has continued to deny our requests for an on-camera interview.