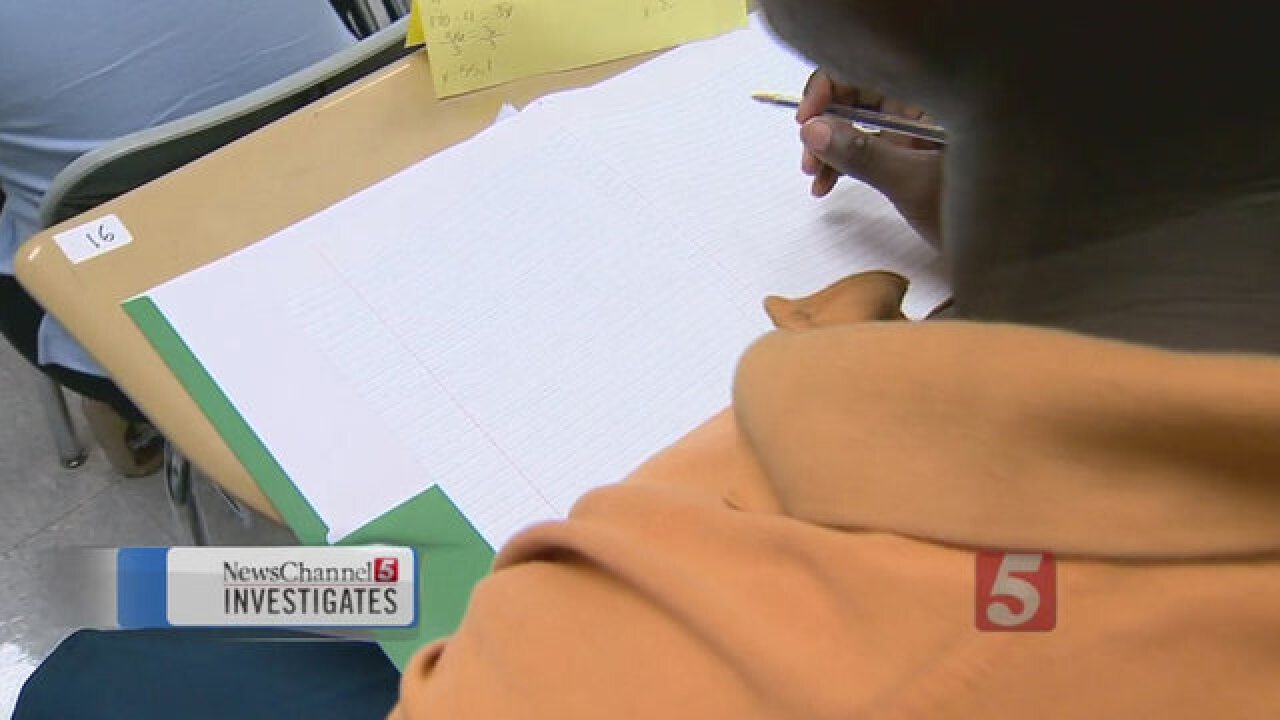 The lawyer for two Metro Schools whistleblowers is calling for an independent investigation.

This comes a day after the women went public with their concerns about testing procedures inside some Nashville high schools.

Gary Blackburn said they want the truth to come out -- and he cautioned that the school system needs to focus on that goal, as well.

"It would be foolish for the School Board to retaliate against these women. They are public employees. They have spoken out about a matter of significant public concern," Blackburn told NewsChannel 5 Investigates.

Both women still work for the school system.

They allege that students in some struggling high schools were pulled from certain critical courses -- out of fears that those students might pull down the schools' test scores.

But Blackburn said the women are willing to tell investigators what they know and show them the evidence.

Still, he cautioned it must be a real search for the truth.

"If there is to be an investigation, it should be like all investigations. It should be conducted by someone other than those who are accused. That just makes good common sense," Blackburn said.

The veteran Nashville lawyer has sued Metro Schools before for violating students' rights, and he thinks that could possibly be true here if certain groups were inappropriately pulled from their classes.