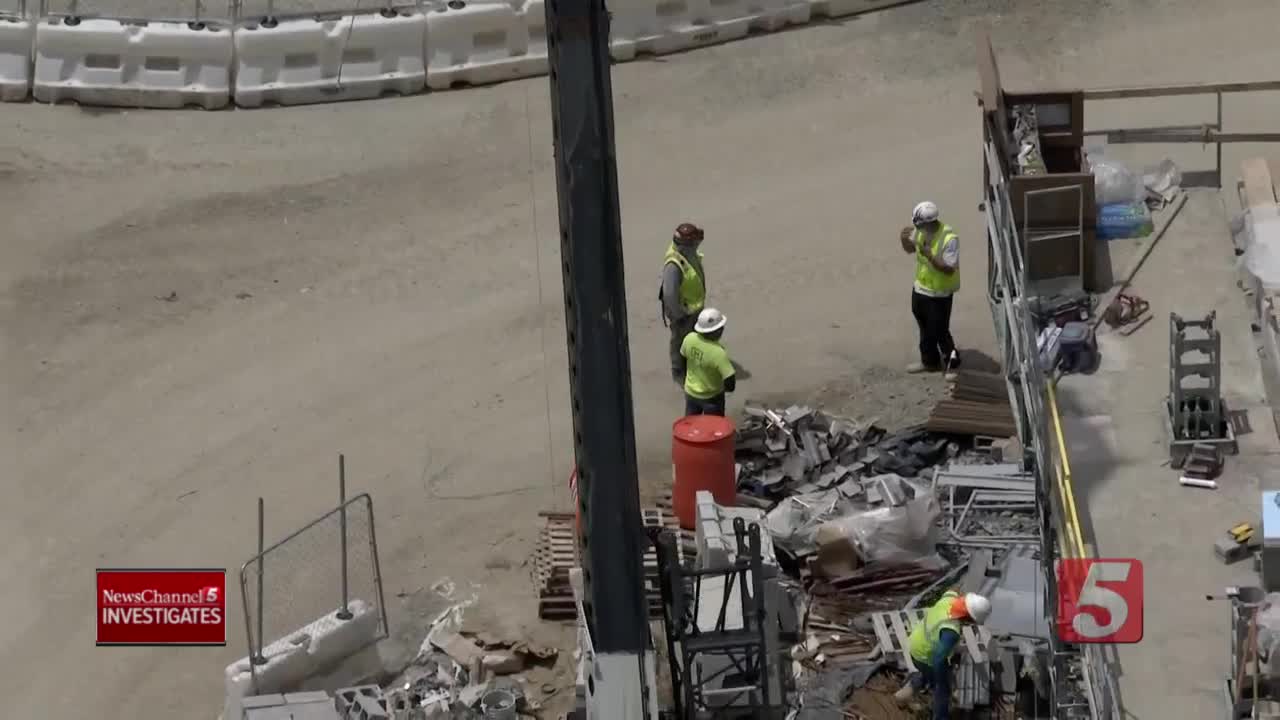 Mass testing of workers at a Nashville construction site has revealed more than 70 cases of COVID-19. 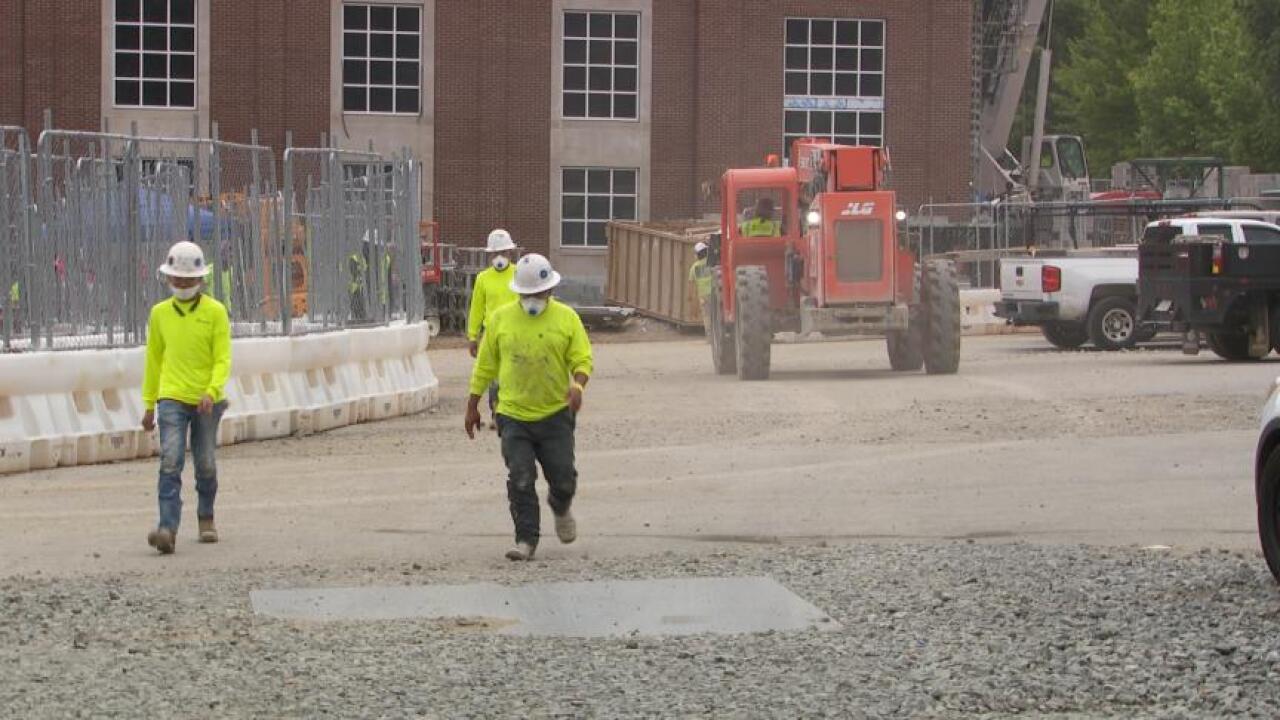 NASHVILLE, Tenn. (WTVF) — Mass testing of workers at a Nashville construction site has revealed more than 70 cases of COVID-19.

The Metro Health Department is monitoring the site on the campus of Montgomery Bell Academy, a prominent private school off West End Avenue.

General Contractor Brasfield & Gorrie is overseeing construction of an athletic facility on the campus.

Emails obtained by NewsChannel 5 Investigates reveal the "first positive case" on the site was discovered earlier this month.

The contractor then closed the site for five days for cleaning and testing of workers.

Another email shows by May 18, 329 workers had been tested and 60 had come back positive.

The Metro Health Department said in a statement late Wednesday there have now been "74 cases across multiple sub-contractors."

And "We continue to do contact tracing among the confirmed cases to make sure they remain isolated."

NewsChannel 5 Investigates has talked with worried construction workers on other sites in the downtown Nashville area.

NewsChannel 5 Investigates asked one worker, "Why don't you just walk off the job?"

The worker responded, "Because you can't get unemployment if you just quit. So I have to provide for my family."

"You just rely on people whose profit is at stake on telling you whether to go forward or not," the worker said.

Brasfield & Gorrie sent a statement about the MBA site saying "our current policy requires everyone on our jobsite to have either received a negative test or self quarantined for the recommended period before returning to work."

Here is the complete statement from Brasfield & Gorrie:

"Brasfield & Gorrie continues to take proactive measures to mitigate the spread of COVID-19. As soon as we learned of the first positive case on the Montgomery Bell Academy Field House jobsite, we had the affected individual self-quarantined, initiated contact tracing, and cleaned the areas where the affected individual had been working. We later closed the site and began collaborating with the Metro Health Department when we became aware of more positive cases. We reopened the site with heightened safety measures, including symptom and temperature screenings conducted by a third party upon entry to the site. Additionally, at the recommendation of the Metro Health Department, Brasfield & Gorrie and its subcontractors instituted a COVID-19 testing requirement for all workers. Our current policy requires everyone on our jobsite to have either received a negative test or self-quarantined for the recommended period before returning to work. We will continue fully cooperating with the Metro Health Department. We place the highest importance on the safety of everyone on our jobsite, and our thoughts are with all those who are affected."

Here is the entire statement from the Metro Health Department:

"The Metro Public Health Department has been working with the general contractor and a number of sub-contractors for about the past three weeks. Mass testing was conducted among workers at our recommendation. As of today, there are 74 cases across multiple sub-contractors. The contractor made the decision to shut down the site. There is a safety plan in place at the site, with daily precautions taken on the site each day. Our epidemiologist is in regular contact with the general contractor at this site and they have been compliant with all recommendations. We continue to do contact tracing among the confirmed cases to make sure they remain isolated, as well as close contacts of the confirmed cases in an effort to stop the spread of the illness."