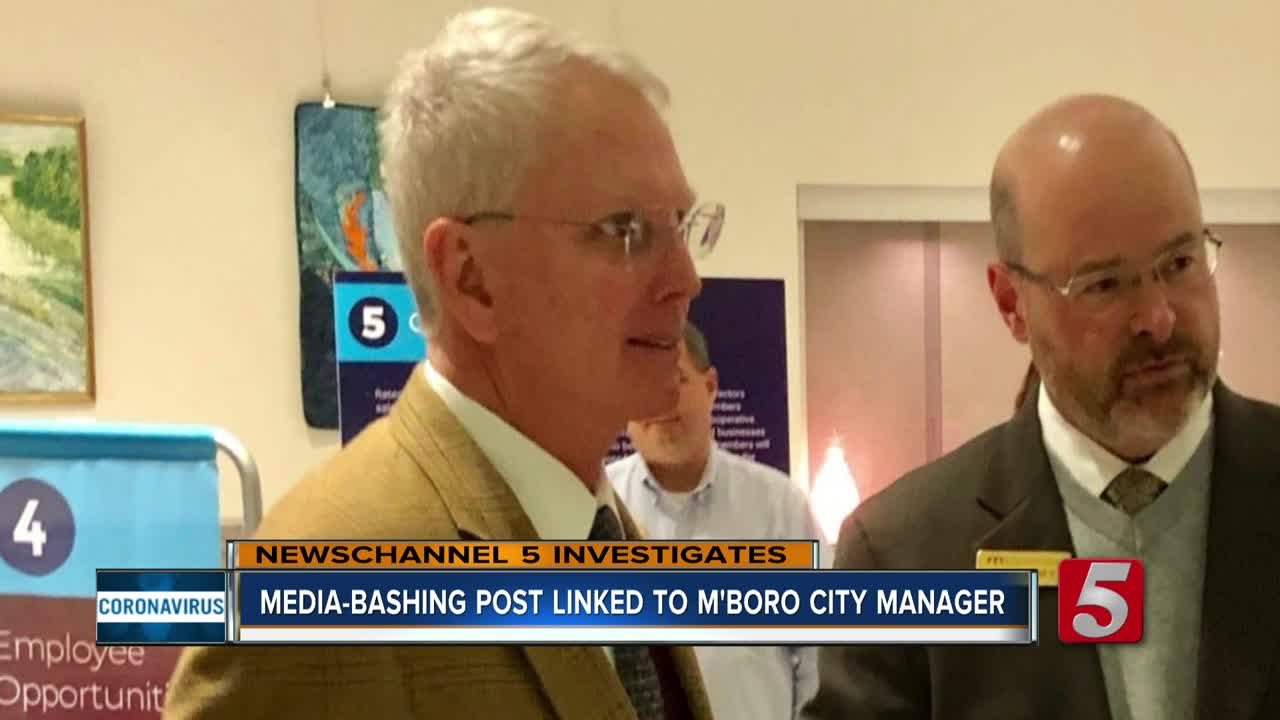 A controversial post in which the City of Murfreesboro warned residents that the news media were just trying to "generate clicks" in covering the COVID-19 pandemic was written by City Manager Craig Tindall, public records show. 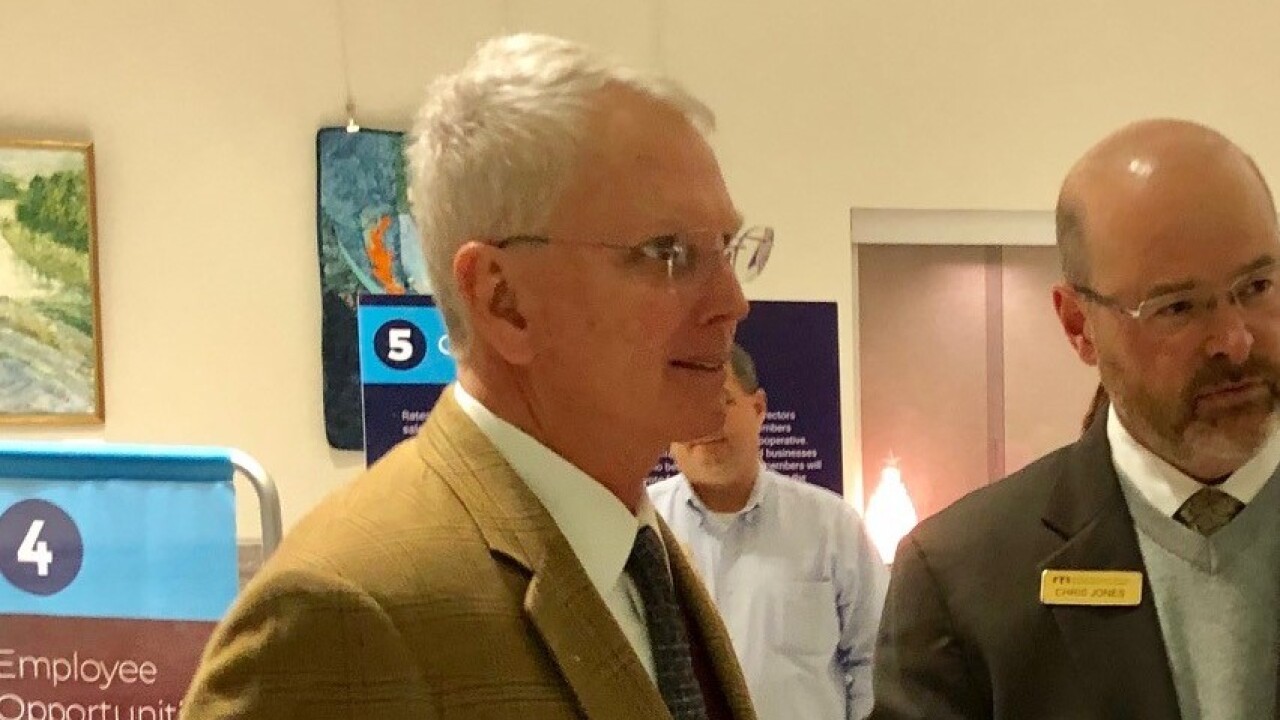 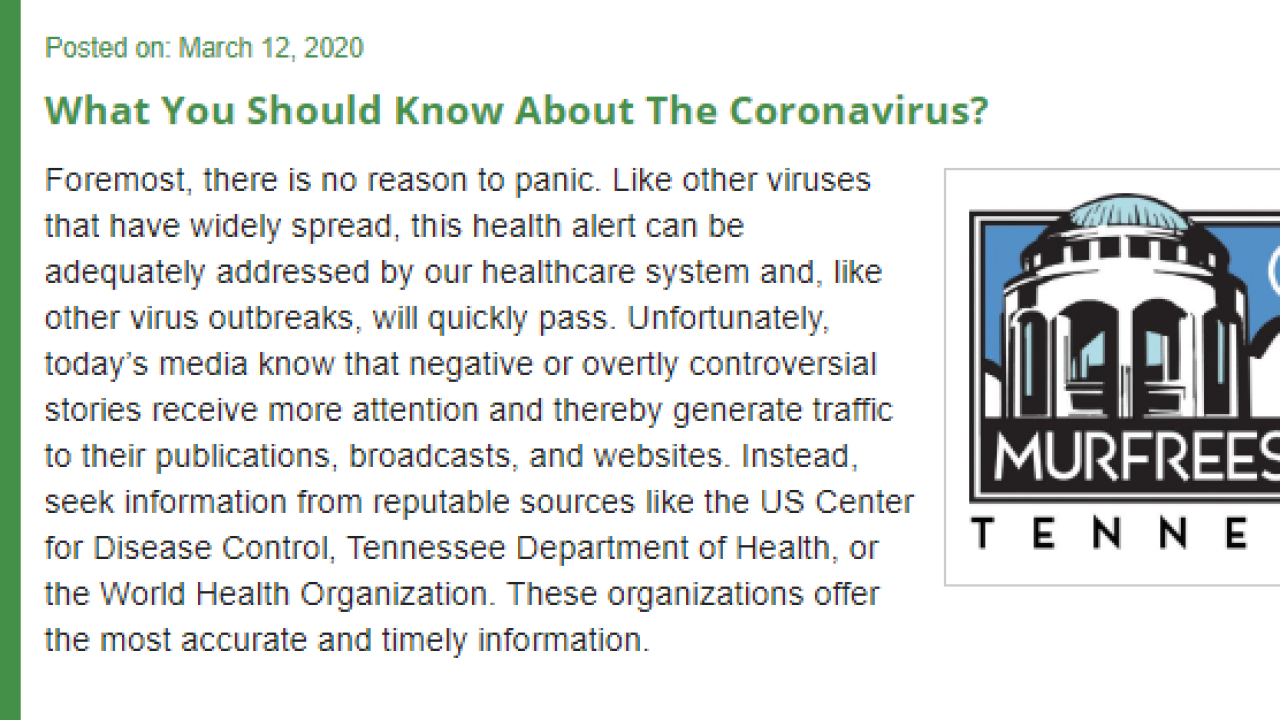 NASHVILLE, Tenn. (WTVF) — A controversial post in which the City of Murfreesboro warned residents that the news media were just trying to "generate clicks" in covering the COVID-19 pandemic was written by City Manager Craig Tindall, public records show.

Emails, obtained by NewsChannel 5 Investigates under the Tennessee Public Records Act, show that Tindall sent the statement to his assistant and the city's public information director with instructions to proofread and "post this on our website, prominently and at the topmost of the home page. Also distribute through social media."

A day after that post, the Tennessee Department of Health confirmed Friday that Rutherford County, where Murfreesboro is located, had recorded its first case of the coronavirus.

The city manager did not respond to NewsChannel 5's request for comment, but Murfreesboro Mayor Shane McFarland said Tindall admitted he had made a mistake.

"We, as elected officials, should always take caution in what's being posted," McFarland said.

"It should have never been posted. It was something that I stressed to our team today that we really need to make sure that our social media accounts are not about opinions, but they are about facts. That's what we want to do."

McFarland said he first became aware of the post after NewsChannel 5 Investigates tweeted an image and tagged him.

Thanks, Mr. Mayor. Who was responsible? https://t.co/kezyzxEKV4

It urged that media reports be ignored.

"Instead seek information from reputable sources like the U.S. Center for Disease Control, Tennessee Department of Health or the World Health Organization."

Asked if he had let Tindall know that he was not happy with his actions, Mayor McFarland responded, "I think that would be an understatement."

Tindall, who had previously served as Murfreesboro's city attorney, was hired as city manager in 2018 with an annual salary of $180,000 per year.