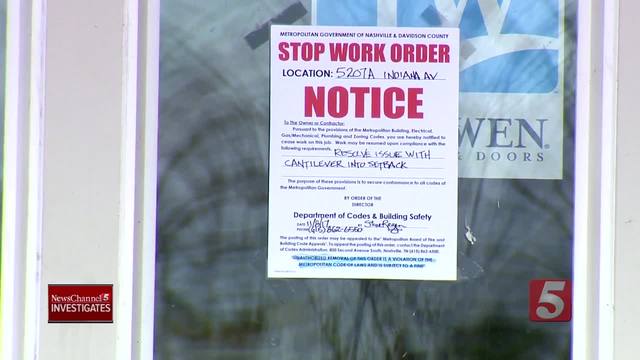 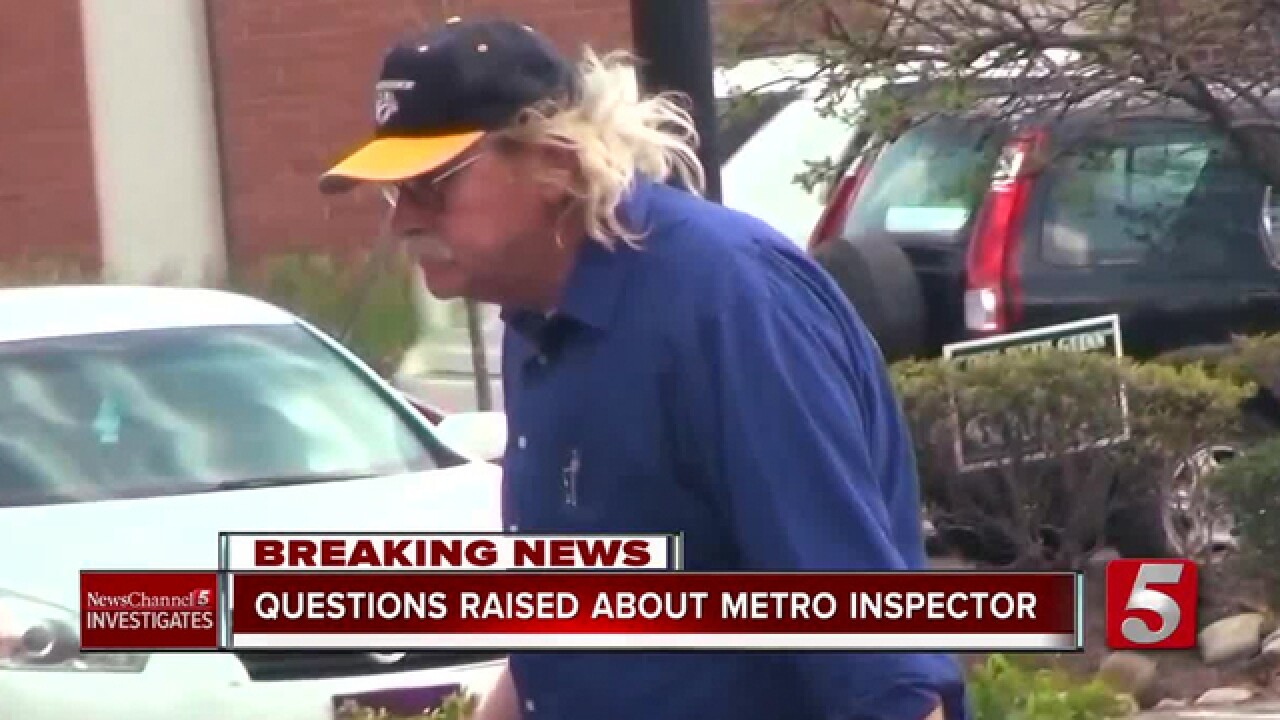 Steve Regen has been repeatedly suspended and reprimanded during his more than 20 years as a Metro employee.

But his latest mistake as a building inspector over one of Nashville's fastest-growing neighborhoods raises questions about how hard it is to discipline and fire Metro employees.

"I think what he's done to my district, my neighborhood, for that alone he should be fired," Roberts said.

She does not mince words about a blunder that allowed more than 80 homes to be built too close together.

"I do think it's gross negligence. I place the blame more on the inspector than I do the builders," Roberts said.

Last December, Metro Codes issued stop work orders and admitted that numerous new homes were built too close to each other, which is a fire hazard.

Longtime resident Sam Jones worried about fires as he watched the homes constructed.

"You get two of those houses on fire, it might blow over here and set me on fire, I don't know," Jones said.

He has since seen builders remove elevated sections called build-outs and install more fire resistant windows to prevent fires from jumping from house to house.

"People have paid a lot of money for those homes, it's not right," Jones said.

The only housing inspector working the neighborhood at the time was Steve Regen.

His personnel file reveals a long history of poor performance and shows how he used Metro Civil Service rules to challenge his supervisor's efforts to discipline him.

"I don't believe this is from lack of supervision, I think this is he has learned to beat the system," Roberts said.

Regen received 1's, the lowest rating possible, on one of his first job performance reviews in 1995 for things like "Follows up with re-inspection to verify compliance with code" and "Adequately performs field inspections."

But at the bottom of his review he disagreed with his evaluation.

He wrote he had "improved" his "work performance."

By 2000, the codes director put a letter in his file, saying his work was "unsatisfactory and unacceptable."

That year his supervisor ordered him to write an apology letter to Metro Police officers after Regen complained he was "tired of police officers going around finding additional work for (him) to do."

In 2009, he was suspended for one day after his Metro vehicle was deemed "absolutely disgusting."

Pictures showed the garbage inside.

It was noted "there is evidence of mouse living in the car."

And in 2012, he was again suspended for a day for the "appearance of using your public office for private gain" by accepting furniture from a Nashville home.

He won a grievance in 2000 because supervisors did not "properly document verbal reprimands."

He filed another grievance in 2001 and argued he had not received proper training.

In 2009 he was suspended for five days for tardiness.

But after he appealed to an administrative law judge, the two sides agreed to amend the penalty.

The next year an internal email reveals Regen was still arriving to work late, but Regen's immediate supervisor asked the head of codes "What do you want to do now?"

He noted there "was arbitration" last time they attempted to discipline Regen.

"I'm grateful to you for taking this on, because I think it's something that needs to be examined," Councilwoman Roberts said.

Metro Codes officials said Regen was transferred after what happened in the Nations and is no longer inspecting buildings.

There is no indication Codes ever tried to fire Regen just that they tried to discipline him.

Steve Regen said by phone he has given Metro Codes 24 years of good service, and feels he was "done wrong" in this case.

He disagreed with his transfer after what happened in the Nations.

He also admitted his Metro issued car was dirty, but said he did not believe a mouse lived inside.

Civil Service Officials could not talk about Regen, but said rules are designed to protect employees and they often follow the lead of Metro Departments.