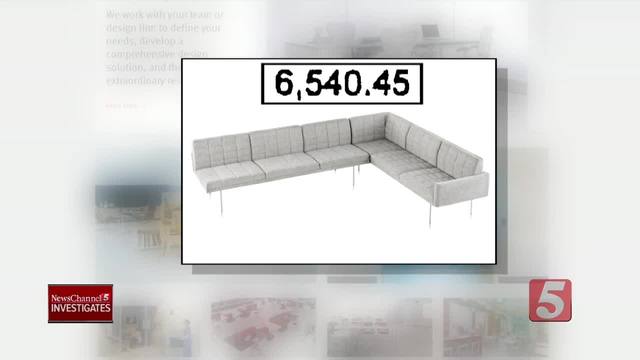 Metro bought HCA $1 million of office furniture as part of the incentives to get the company to move. 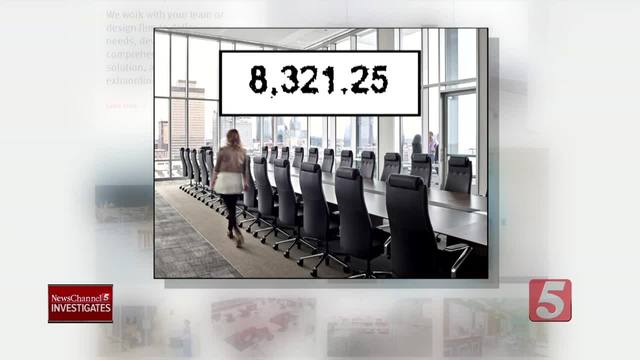 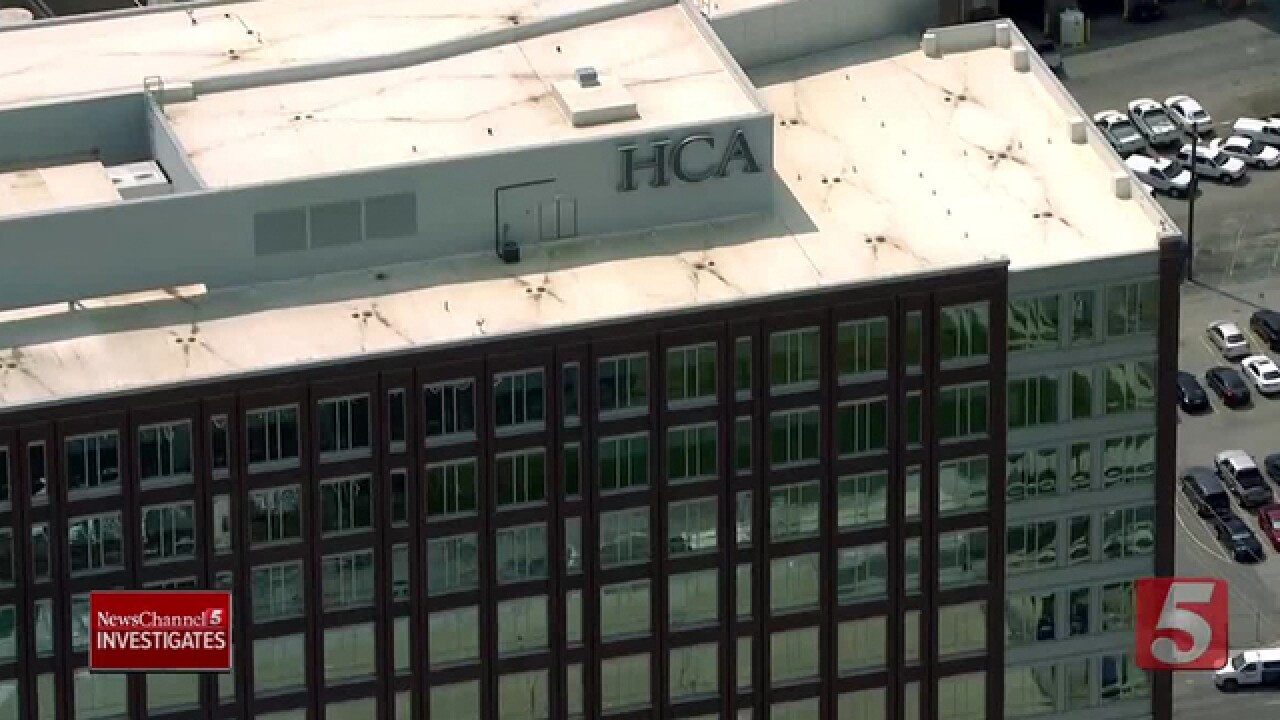 Among the incentives Metro provided HCA to move three of its subsidiaries into a headquarters building downtown was $1 million for the company to buy office furniture.

Mark Cunningham with the Conservative Beacon Center was shocked when NewsChannel 5 Investigates showed him receipts for $1 million worth of office furniture Metro bought for the new building.

"At the same time we have a budget shortfall in the city of Nashville, we are giving money out of our pockets for a multi-billion dollar organization to buy furniture," Cunningham said.

When officials broke ground on the HCA building back in 2014, there was lot of talk about how it would transform the North Gulch.

"It's a big win for our city, a big win today," said the mayor at the time, Karl Dean.

But less was said about the $66 million incentive package Metro gave HCA to build the headquarters for three of its subsidiary companies -- one of which relocated from neighboring Williamson County.

"It was a stimulus in the sense of creating jobs where there were no jobs," said Councilmember Erica Gilmore.

Gilmore represented the district where HCA built in 2014, and is now running for mayor.

She sponsored a resolution that gave the company $1 million for moving expenses.

"I was shocked when I saw some of the purchases that were made and were signed off on," Gilmore said.

Pictures from the Alfred-Williams and Company website, where HCA bought its furniture, show some of what Metro paid for.

In all, HCA submitted more than 70 pages of receipts for furniture.

"I did not vote for our money to be spent like that," Gilmore said.

But the resolution that Gilmore sponsored, and the council approved, specifically mentioned "office furniture" as something HCA could buy with the million dollars.

NewsChannel 5 Investigates asked, "You voted for a stimulus?"

NewsChannel 5 Investigates followed, "But you also voted for furniture."

Gilmore responded, "No I didn't vote for... I voted for the economic stimulus and MDHA is accountable for oversight."

Jim Thiltgen, who is the Executive Deputy Director with MDHA, said it paid for the furniture because that is exactly what the Metro council told them to do.

"We try to comply with what the council asked for," Thiltgen said.

"The council asked us to spend a million dollars on furniture and computer equipment and they (HCA) provided invoices that seemed reasonable and we paid the invoices," Thiltgen said.

The council resolution also made it clear where Metro should get the $1 million to pay HCA.

It originated from a federal grant designed to help poor people living in urban "pockets of poverty."

The resolution identified the North Gulch as a "pocket of poverty" and used money resulting from an old Urban Development Action Grant.

"If people are poor, how's a million dollars worth of office furniture for a place where they can't get jobs somehow helping them," Mark Cunningham asked.

NewsChannel 5 Investigates asked Councilmember Gilmore, "Did this help people living in a pocket of poverty?"

Gilmore responded, "I believe that this particular legislation created jobs."

HCA received $1000 for each job it brought into Davidson County to work at the building.

Zip codes reveal more than a third of the jobs went to employees driving in from Franklin and Brentwood - not people living in the pocket of poverty.

But Gilmore said the area benefited.

"As a result other restaurants came there. You have Starbucks now. You have pizza shops which allow a variety of people to work," Gilmore said.

But others question the reason for this use of public money.

"We built a brand-new, $200 million building—Capitol View—in an underdeveloped area in downtown Nashville. We believe it has and will continue to increase economic development, and jobs, to that area of town. The Metropolitan Development and Housing Agency of Nashville gave HCA certain incentives to construct Capitol View. Those incentives were important in our decision to build in Davidson County and at that location."

"Incentives play a key role in attracting and retaining companies to stay and locate in Middle Tennessee, and HCA’s decision to locate to Capitol View has been a catalyst to transform a blighted area into a vibrant new urban district.

Boyle, Northwestern and HCA also invested $10 million privately to rebuild all of the streets and utilities for the district.

LifeWay’s decision to sell its 14 acre campus and relocate to Capitol View has yielded the Nashville Yards development and up to $1 billion of additional private investment for this project.

"Thanks in large part to incentives and HCA’s decision to locate at Capitol View, this area is years ahead of schedule and today becoming a vibrant urban neighborhood serving all of downtown Nashville," Haynes said.

HCA did not let us in the headquarters to see the furniture Metro bought.