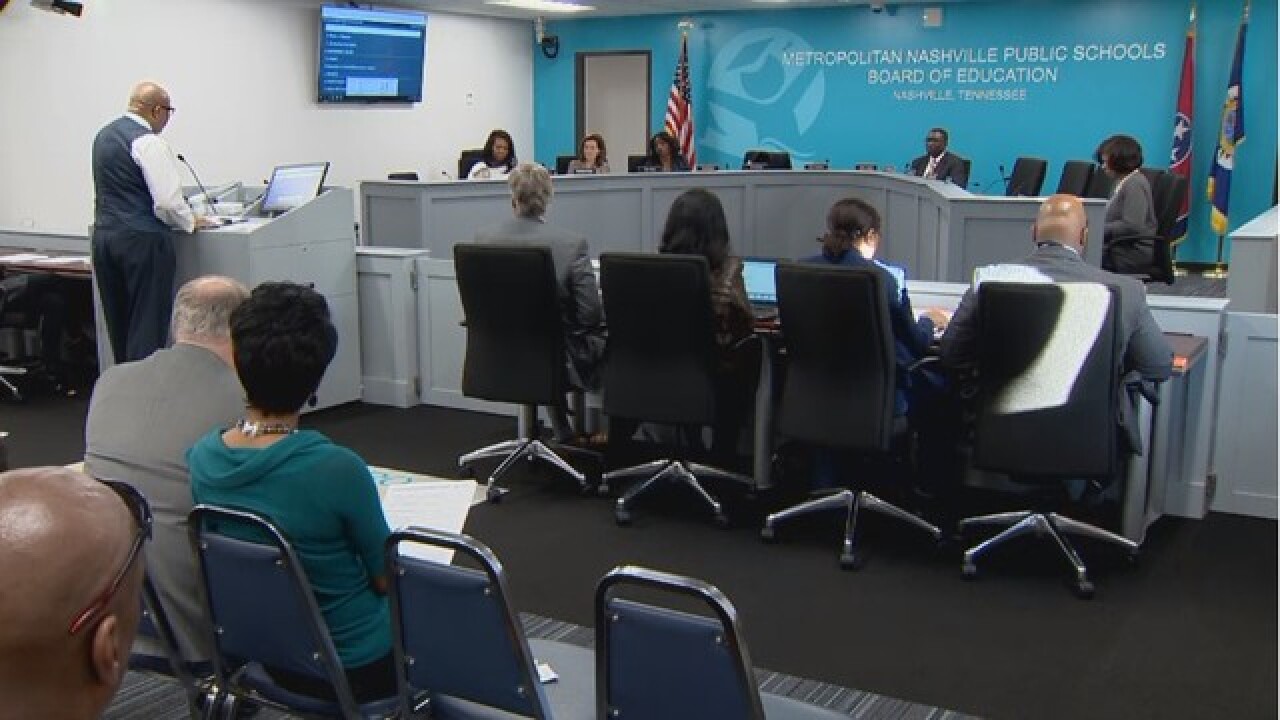 Copyright 2018 Scripps Media, Inc. All rights reserved. This material may not be published, broadcast, rewritten, or redistributed.
&lt;p&gt;MNPS school board meeting 4/12/18&lt;/p&gt;

The Metro School Board had planned to discuss the district's controversial $924 million budget proposal during an unannounced "retreat" on Friday, NewsChannel 5 has learned.

That meeting did not appear on the board calendar on the district's website, mnps.org. It was also absent from the schedule of budget-related meetings that the district had publicized.

About 30 minutes after NewsChannel 5 broke the news online, budget committee chair Tyese Hunter announced that the meeting had been cancelled because it had "inadvertently" not been posted, as required by the Tennessee Open Meetings Act.

"The public absolutely has a right to be there," said Deborah Fisher, executive director of the Tennessee Coalition for Open Government.

She later backtracked, saying: "We are waiting on information from our attorney."

But multiple school board members confirmed that the district's central office emailed an agenda for the retreat shortly after 10 a.m. Thursday.

Among the discussion items listed on the agenda:

"What does the Board think about the budget proposal recommended by Dr. Joseph and are there any additions [or] deletions that should be considered prior to the Board voting on the budget on April 16?"

"What are the specific items being recommended by the administration to the Board?"

"Are there additional items that the Board would have liked to see included in the initial budget request?"

"Would the Board like the administration to consider any additional reductions to the budget prior to the April 16 vote?"

"Do any Board members have recommendations for modifications to the budget and is there energy for any recommendations that can be brought to the April 16 meeting for broader public discussion and an alternative vote?"

Read the proposed agenda below: