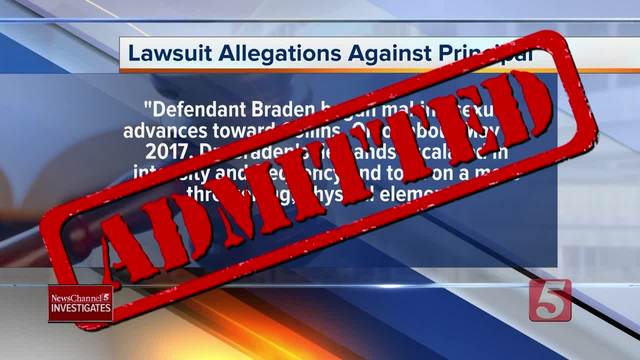 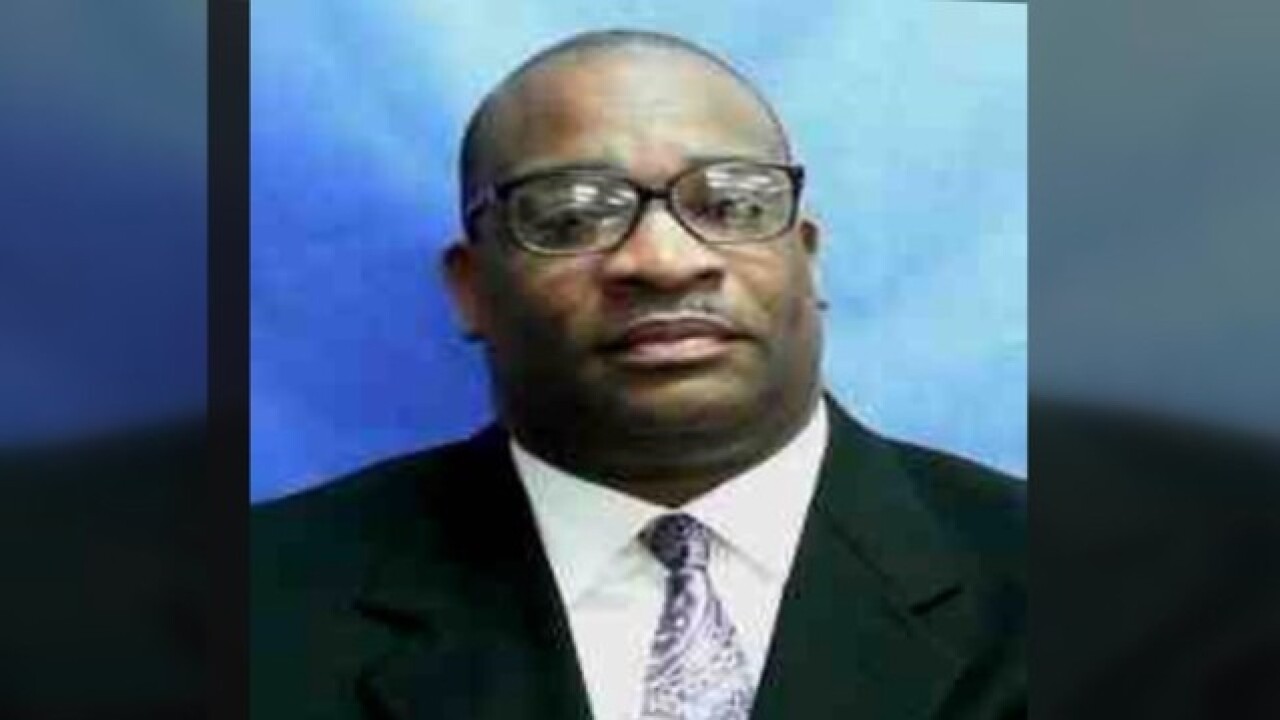 Lawyers for Metro Schools now admit some of the horrific sexual harassment allegations against a former middle school principal are true.

"It's like pleading guilty at arraignment when you are first charged with a crime," Todd said. "You generally don't do that because you want to make sure the state can prove you guilty beyond a reasonable doubt."

Read the answers filed by MNPS and Braden

After NewsChannel 5 Investigates first exposed the allegations against Braden, Metro Schools Director Dr. Shawn Joseph had accused us of blowing things out of proportion. School board members say he privately assured them there was nothing to the allegations.

But now, in response to the lawsuit filed by one former and two current Metro Schools employees, the district's own lawyers have filed an answer saying some of the most serious allegations are "admitted."

Jim Todd said he's never seen a lawsuit where the defendants admitted to so much so early.

"Generally a lawyer will deny and demand strict proof to test the evidence through discovery before going back and admitting anything, and they haven't done that here," he added.

A lawyer for Braden, who was sued personally, filed a response denying all the allegations.

In the case of teacher Sonji Collins, the lawsuit says that after Braden's arrival at JFK Middle, the principal "began making sexual advances' towards her. His "demands escalated in intensity and frequency and took on a more threatening physical element."

Collin's lawsuit alleges that Braden "frequently bragged about his penis size being 'nine or ten inches.'" He "referred to himself as 'Big Daddy' and informed people that they 'couldn't handle Big Daddy,'" the lawsuit added.

That allegation was "admitted" by Metro lawyers.

There was also the claim that, after Braden found out "Collins' boyfriend had tragically committed suicide almost two decades ago," he "began making outrageous statements and spread false rumors that [she] had murdered her boyfriend."

Again, it was "admitted."

Then, after former coach Sherman Swindall accused Braden of sexual harassing him, the lawsuit claims Braden approached the school bookkeeper and a front desk clerk "and requested that they provide him with a false statement that Swindall was habitually late to work."

Despite multiple complaints about Braden, Metro Schools did nothing for months until after our reports.

Braden was finally put on administrative leave, then he decided to retire.

Jim Todd says the crux of the case against Metro Schools now becomes: when did they learn about the harassment and what did they do about it?

The lawsuit also argues that, when individuals complained about Braden's behavior, Metro Schools conducted what were essentially sham investigations.

In their answer, however, the city's lawyers deny that the investigations were shams.