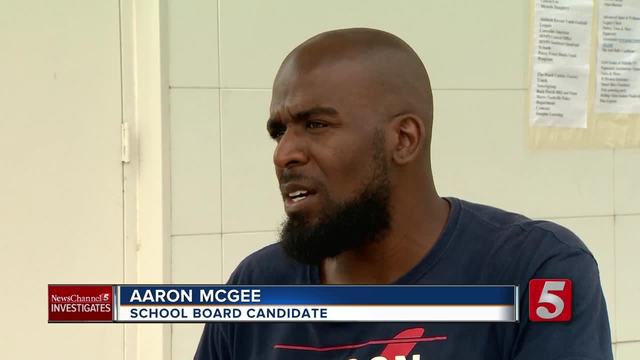 Two school board candidates are accusing the Metro Schools director of interfering in their campaign. 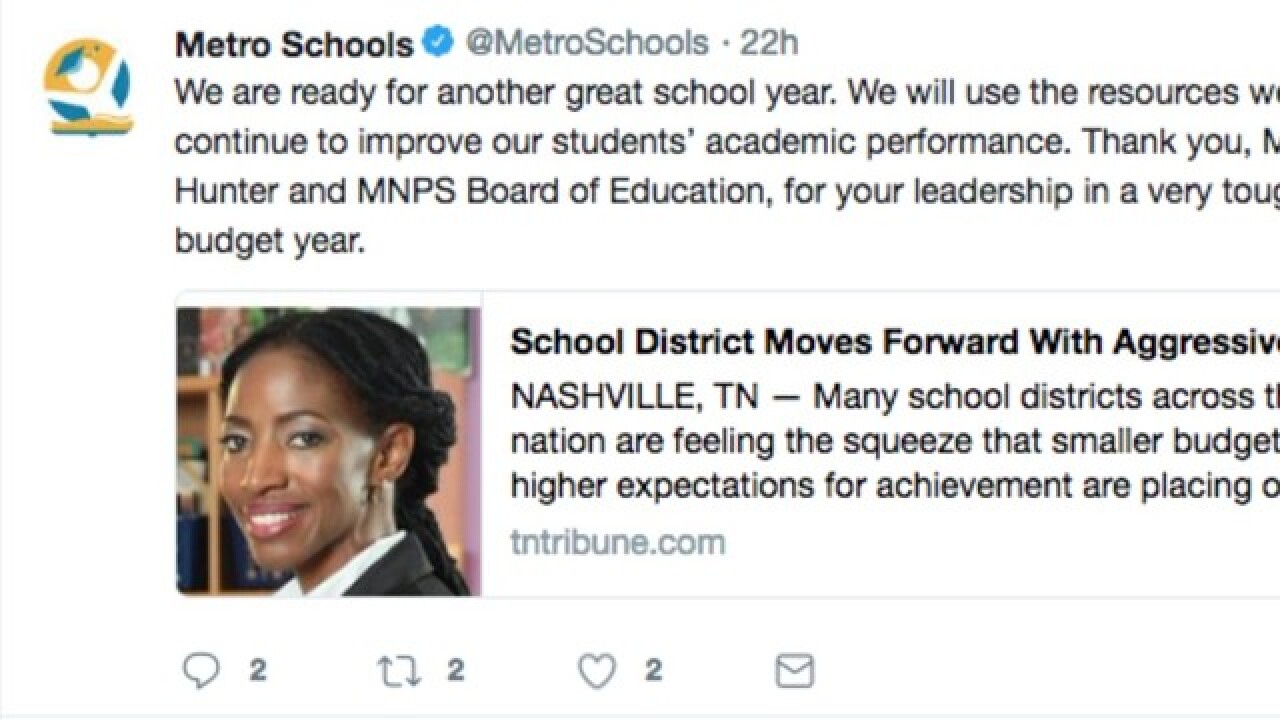 Two candidates are accusing the Metro Schools director of interfering in a hotly contested campaign for school board.

Challengers Fran Bush and Aaron McGee are upset about Dr. Shawn Joseph's use of district social-media accounts to push an incumbent board member who has been one of his most loyal supporters. That member, Tyese Hunter, and district officials all denied any interference.

"How can this happen?" Bush asked. "Once again, MNPS is interfering with our race."

In School Board District 6 in Antioch, Hunter is fighting to save her job.

The incumbent has been on the board for four years, and she's proven to be a reliable vote for embattled schools director.

At a recent forum, Hunter declared that she was there to "serve" Joseph.

The two challengers are concerned that, right in the middle of a heated campaign, Joseph just tweeted out praise for Hunter, thanking her "leadership in a very tough budget year."

That exact same message went out on the Metro Schools account, and some principals were told that Joseph wanted them to retweet the message to their followers too.

We are ready for another great school year. We will use the resources we have to continue to improve our students’ academic performance. Thank you, Mrs. Hunter and MNPS Board of Education, for your leadership in a very tough budget year.https://t.co/MAiREYet8S

Look on the district's Facebook page, and you'll find that same praise for Hunter.

"I would call it a pseudo endorsement," McGee said. "It is implied that we are celebrating her, and we want her to be part of this successful year."

Joseph's team recently forced a middle school principal to cancel a candidates forum because of the appearance of a conflict.

But a spokesperson says the district doesn't see a problem with tweeting out praise for Hunter during a campaign because they were just sharing an article that discussed the budget process.

The spokesperson said, "Sharing an article that highlights the work the district is doing, and its focus for this year, does not violate any of our policies."

"Everybody can clearly read through the lines, read between the lines," she said. "It definitely sends the endorsement to Ms. Hunter."

Bush and McGee insisted the message of those social media posts is clear.

"Three days before the election, I am going to confidently say I believe it was deliberate," McGee said.

As for Hunter, she said she doesn't believe Joseph or anyone else at Metro Schools is trying to help her campaign.

In a text, she said: "I don't need Dr. Joseph or MNPS's assistance. I'm going to crush and demolish both of them. Four years from now, they too will still be disgruntled. WATCH ME WHIP."

Hunter declined to meet NewsChannel 5 for an on-camera interview, and she did not want to record a phone interview.

Meanwhile, she has missed the filing deadline for disclosures showing who is financing her campaign.

Hunter said she's not sure if she will be able to get them filed before Election Day.