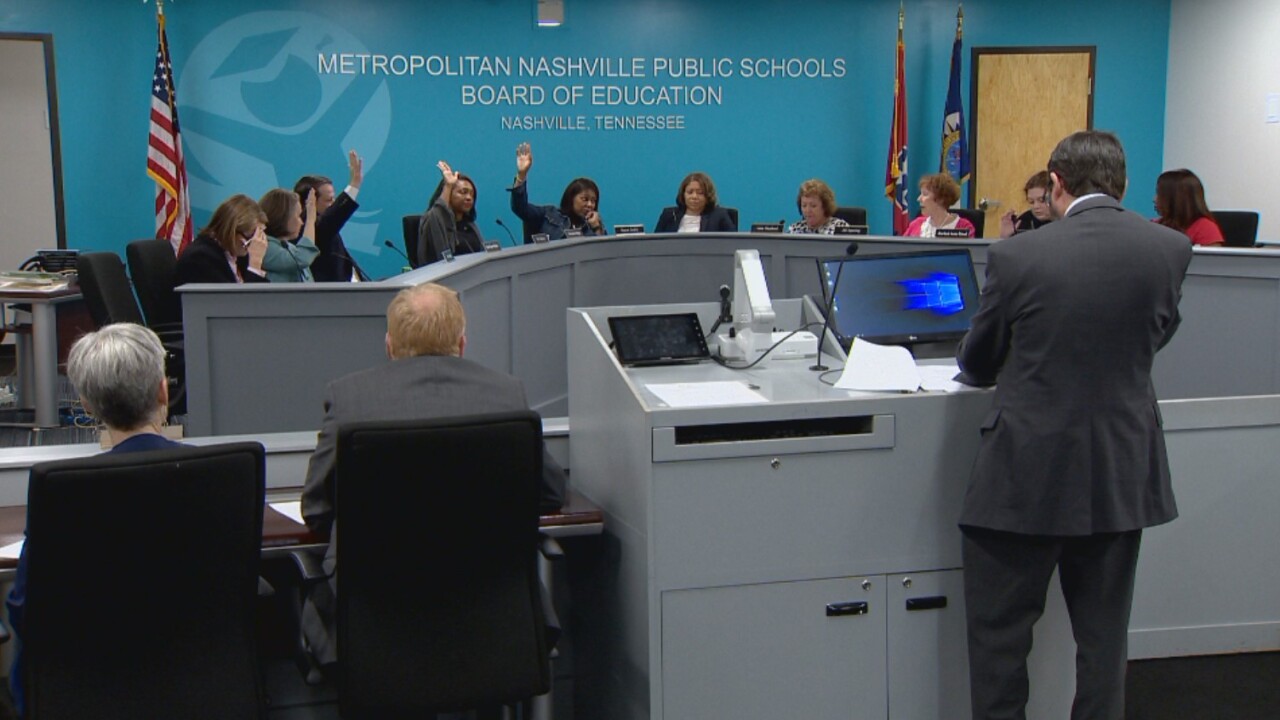 NASHVILLE, Tenn. (WTVF) — The Metro School Board approved a final agreement Wednesday to buy out the contract of its former schools director, Dr. Shawn Joseph.

That deal, which will cost taxpayers about $377,000, also includes a clause that prohibits board members from saying anything about Joseph -- even if it's true -- that would subject him to "public contempt, disgrace or ridicule."

School board member Anna Shepherd, who set the stage for Joseph's departure by giving notice that she planned to bring a motion to fire him, was among six board members to vote for the severance deal. She said a legal battle with Joseph could be even more costly.

"Even though it might be unpalpable to us, I will vote for it so we can just sever our ties and go on," Shepherd said.

The final agreement followed the broad outlines approved last week by the school board.

Under the terms, Joseph would receive about $85,500 in salary through July 31st, a lump sum payout of of $261,250, along with $7,360 for unused sick time and vacation days and up to $10,000 for legal fees to fight state efforts to suspend his educator's license. MNPS later disclosed that Joseph's buyout would also include $12,905 in pension contributions and benefits through July 31st.

Frogge, a lawyer, expressed concern about a provision that prohibits board members from saying anything "defamatory" about Joseph. That term is defined as any statement "tending to harm a person's reputation by subjecting the person to public contempt, disgrace or ridicule, or by adversely affecting the person's business."

The agreement specifies that the former director "does not waive any right to institute litigation and seek damages against any Board member in his/her individual capacity" who violates those terms.

"It's taking away our constitutional rights, I believe, to be able to speak to our constituents," Bush said. "It definitely violates our First Amendment rights."

Metro Law Director Jon Cooper, who negotiated the contract, said he could not say whether individual board members could actually be sued because his office had never dealt with that legal issue.

"That was something that Dr. Joseph wanted in the agreement," Cooper said.

The board voted 5-4 to keep that non-disparagement language in the agreement.

Bush, Frogge, Shepherd and Speering voted against it.

Joseph, who last day was Friday, April 12, still had more than a year left on his four-year contract.