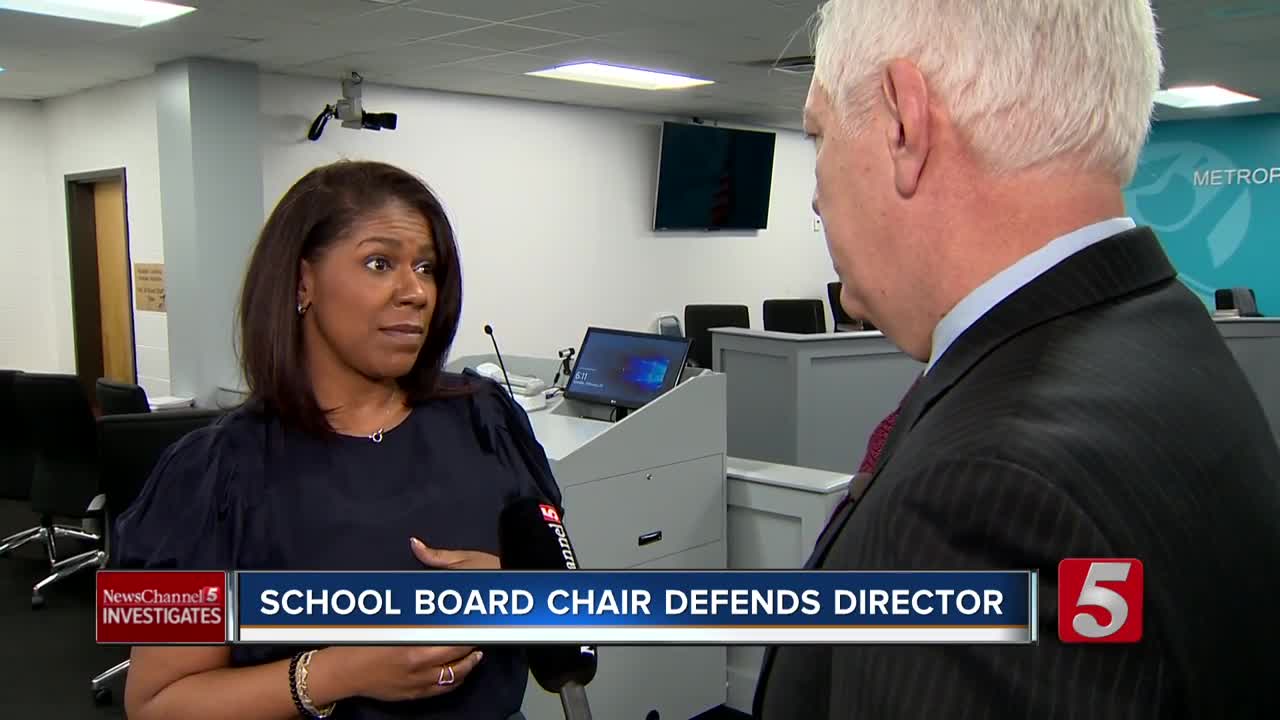 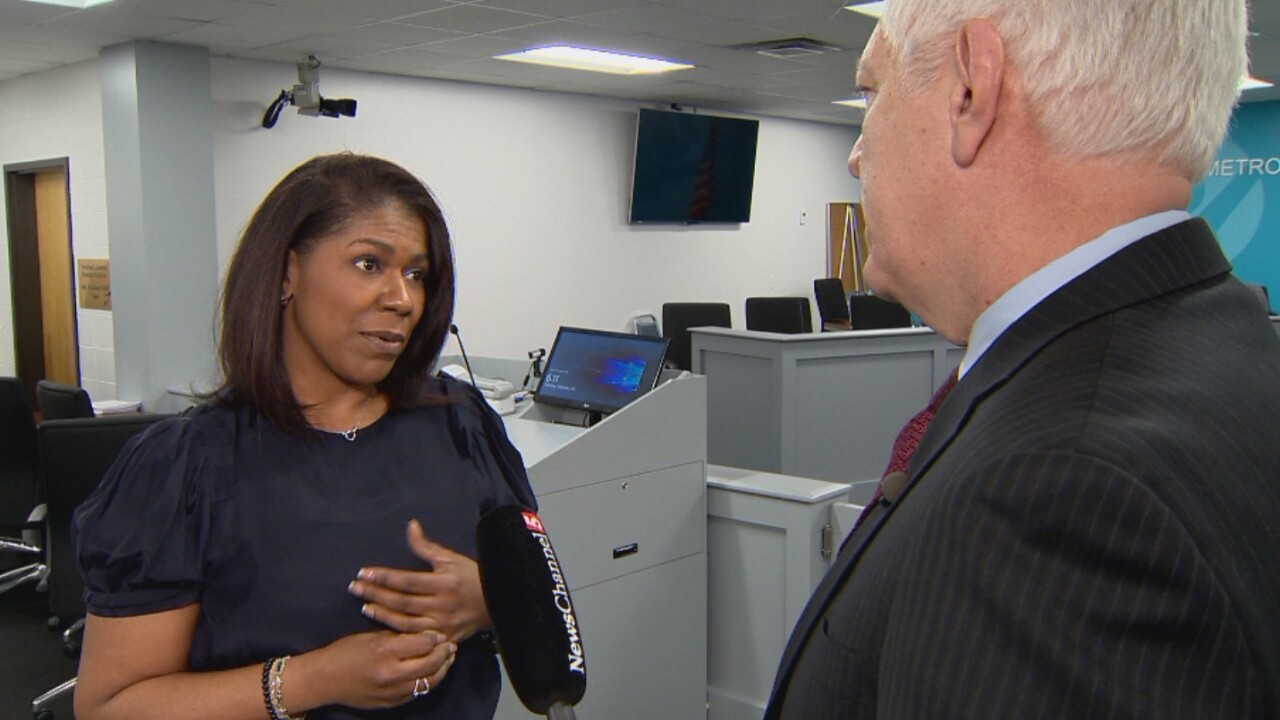 But Metro Schools Director Dr. Shawn Joseph still has the chair of the Metro School Board on his side.

In fact, School Board Chair Sharon Gentry is pushing a vote late next month on the possibility of extending his contract a year earlier.

"The job of this board is to hold him accountable," Gentry told NewsChannel 5 Investigates.

"Part of that accountability will be a vote. And, in that vote, if there is not confidence that Dr. Joseph is the person to move the district forward, then the board will vote accordingly."

It turns out, some of her defenses of the director haven't held up.

The latest source of tension among school board member is a confidential report on the district's Human Resources Department.

It was produced by the Nashville law firm of Bone McAllester as part of a$100,000 contract after our NewsChannel 5 investigation discovered Joseph's team had bungled horrific complaints of sexual harassment.

NewsChannel 5 Investigates asked Gentry, "Why was it necessary to spend a hundred thousand dollars to tell the director of schools how to run an HR department?"

"It wasn't to tell him," she insisted. "He actually requested it for support to actually get the resources that we need to do the things that need to be done."

So why did he and his people not know how to run an HR department?

"That's not what that says to me," the school board chair answered.

Gentry has repeatedly defended Joseph and his team even as the school board paid out another $350,000 in taxpayer money to settle three sexual harassment claims.

And more cases are pending, including one that accuses Joseph of personally ignoring a complaint against one of his friends.

"I can't give you specific names," Gentry answered. "I don't know if I said 'attorney after attorney.' There were three attorneys from Bone McAllester that did not find any intentional abhorrent behavior."

We followed up, "Can you really say that the report says nothing was done wrong?"

"I said no intentional abhorrent behavior," the school board chair claimed.

So why did the district just pay $350,000 to settle three sexual harassment lawsuits?

"I said, again, something was done wrong, but I said there was no intentional abhorrent behavior."

Gentry had also previously claimed that, despite lawsuits alleging misconduct by the number two HR person, Sharon Pertiller, the attorneys had privately bragged about Pertiller and her boss.

Asked about those comments, Gentry said: "OK, I don't recall that."

NewsChannel 5 Investigates asked, "Were you just making that up?"

"I don't recall that," she claimed.

"You don't recall having said that?"

In fact, the report says Pertiller was viewed by employees as "extremely divisive, dismissive and, in their belief, incompetent."

The attorneys recommended that she be fired, transferred or retrained.

"I believe there was something shared that said she was very skilled and talented in her job," Gentry argued.

"Now, being skilled and having other issues in executing those performances that's what the report discovered. Now it is up to administration to deal with those employees that are causing the problems within Human Resources."

In fact, Joseph has been dogged by multiple controversies.

Last fall, a secret recording revealed he had gone to bus drivers and hinted that they should vote against vice mayor candidate Sheri Weiner, potentially in violation of state law.

NewsChannel 5 Investigates asked Gentry, "Were you OK with him doing that?"

"I was not privy to that," she responded.

We noted, "The recordings have been posted."

"I am not privy to that," she continued.

Did she do anything to investigate?

"To investigate, no. I leave that to you."

After having previously touted a product by the company Performance Matters, Joseph came to Nashville and pushed a $1 million, no-bid contract.

"His administration has admitted that?" Gentry asked.

NewsChannel 5 countered, "Are you OK with that?"

"His administration has admitted that they - define 'they,'" she said.

We noted that Joseph's administration admitted breaking the law.

"So the 'schools' broke the law?" she countered.

NewsChannel 5 Investigates asked, "Is he not responsible for the school district?"

"He's responsible for 11,000 people," Gentry said. "So again we look to him and hold him accountable to correct those abhorrent practices."

That million dollars of your money was supposed to buy a student assessment platform, but our investigation discovered Metro Schools has no evidence it was really used.

Again, we asked Gentry, "Are you OK with that?"

"I am not OK with that," she said. "Then again we hold him accountable."

When has the Metro School Board held him accountable?

That, Gentry said, is the purpose of the upcoming vote.

With lawsuits mounting, millions of dollars in questionable spending and the district's own HR report warning of a morale crisis that threatens Metro Schools' ability to attract and keep good employees, what does that mean for the director of schools?

NewsChannel 5 Investigates, "Does Dr. Joseph have your full confidence?"

"This administration has my confidence that, given the time and the support, they can correct the practices that have been uncovered in our audits," she said.

We noted that Joseph has been in that position for almost been three years.

Another one of Dr. Joseph's longtime supporters on the school board, former chair Anna Shepherd, recently posted on Facebook that the HR report is "troubling" and that there needs to be a shakeup in the HR department.

There's no hint that the director plans to do that.

In fact, Dr. Joseph's team suddenly decided to present their response to the HR report Tuesday night - on a night when Shepherd had indicated she would be out of town and a night when two of his most vocal critics could not be there.