Should Nashville Teacher Have Lost His Job? 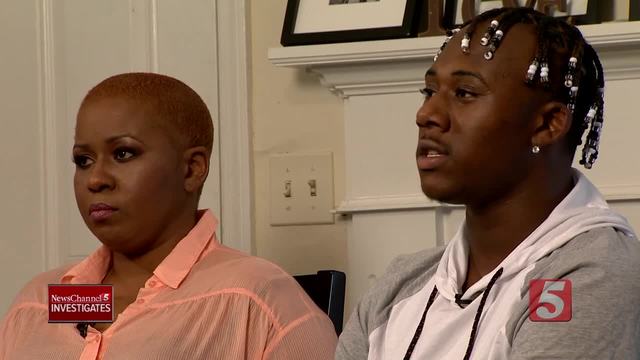 An altercation between a student and teacher raises questions about how Metro Schools polices its own. 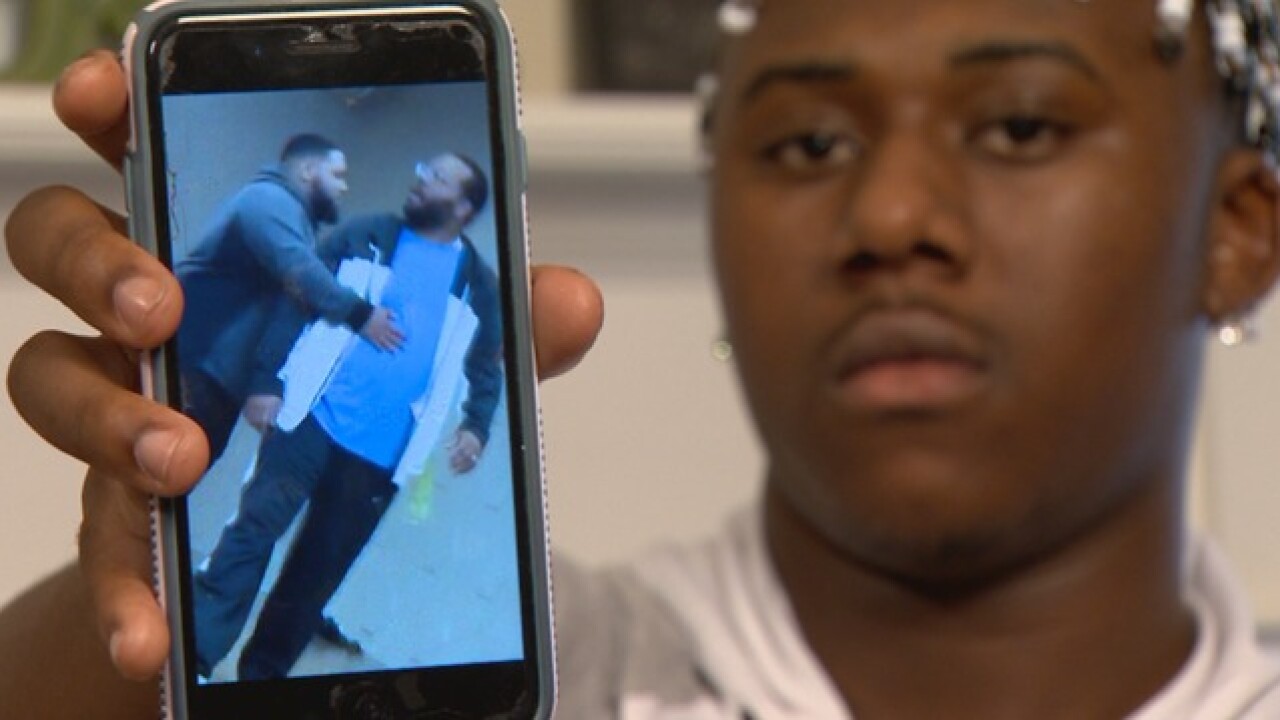 Video from an altercation between a student and teacher inside Nashville's Overton High School last year raises more questions about how Metro Schools polices its own.

The family of the student admits he made a serious mistake, but they insist it did not justify what they consider to be an assault by his teacher. And they want to know why the teacher still has a job.

When her son, senior Tai Bowman, looks at the video, he said that he knows he should not have lost his cool.

"I could have handled it better," Bowman admitted. "I didn't have to cuss him out and stuff like that."

And Matthews wasn't happy, either.

"I'm not proud of Tai, his behavior, his cursing, you know, any of that stuff," she said.

But Matthews said she also sees a teacher so out-of-control that he would shove a student, then have to be restrained by a co-worker.

"That's when it just was like, really, you allowed yourself to get that far gone?" the mother added.

The teacher, Coach Arnet Bodenhamer, has made the rounds throughout Middle Tennessee, including stints in Maury County, Rutherford County and Marshall County.

In 2017, he made the move to Nashville's Overton High School.

That's where the incident occurred.

The official investigation concluded that Bodenhamer had left his class unattended.

"I just know I was tired of sitting on the floor in that classroom, not doing anything," Bowman said.

The student said he went to the gym.

When Bodenhamer confronted him, he lashed out at the coach.

One thing led to another.

"I was picking up my backpack and stuff, and he knocked it out of my hand," Bowman recalled.

Angel Matthews said that, if you watch her son, "the whole time he was in retreat."

"I just put my hand on his chest. I didn't like use no force or nothing. I was like 'back up off my face,'" the student said. "And then that's when he full force pushed me into the wall."

Bowman said he was so upset at this point that he decided to head to the school office to report the blow-up himself.

"Once I saw the video," Matthews said, "I was livid. I cannot even explain to you how upset I was."

The mother said she was also upset by what Bodenhamer did next, calling her to suggest they needed to stick together -- because of the color of their skin.

"He just told me that, you know, he tries not to use the race card but that we, as black people, need to stick together," Matthews said.

She wrote a memo noting Bodenhamer's "aggression and his ploy to cover up the incident."

Pittman recommended that he be terminated.

"Tai called me from school and told me Coach B was back, and I was livid," Matthews said. "Nobody had called me. I hadn't heard anything from anybody."

This past spring, a local newspaper published a column from Bodenhamer's 88-year-old father suggesting that criticism of the schools director was racially motivated.

"It feels a lot like, you scratch my back, I'm going to scratch yours," Matthews said.

Even though the Overton principal was forced to take Bodenhamer back last year, she didn't renew his contract for this school year.

Still, he ended up at Rose Park Middle School.

"If you let a teenager get you that upset to the point where you are ready to put your hands on them, you don't need to work with teenagers then," Bowman said.

While both mother and son know some people will look at the video and say he got what he deserved, she argued that teachers need to be people who can rise above.

"That's what makes us adults and them children," Matthews said. "We have the life experience and the know-how to not allow ourselves to lose control when dealing with kids."

NewsChannel 5 Investigates wanted to get the other side of the story from Bodenhamer and Dr. Joseph.

When we reached the coach by phone last week, he hung up on us.

In cases of teacher discipline an initial recommendation from the school principal must be given to HR. From there, the case is reviewed with Metro Legal and meetings with the principal, Director of Schools, Executive Principal and/or Community Superintendent, and HR.  Legal and MNPS leadership weigh the merits of each case within the broader context of Tennessee tenure law and MNPS precedents. School leadership is consulted for final course of action.

In this case, Bodenhamer, represented by council (TEA/MNEA), agreed to resolve the charges against him by waiving his right to the tenure hearing process and accepting a severe disciplinary action: a five-day suspension. He also issued an apology and was non-renewed at Overton.

Tennessee State tenure law exists to protect the rights of teachers. According to Title 49, Chapter 5, Part 5 of the Tennessee Code, teachers can request an impartial hearing and then final decision by the board of education for four or more days of suspension or dismissal.