What did Joseph know about sexual harassment? 'He was aware,' assistant principal says 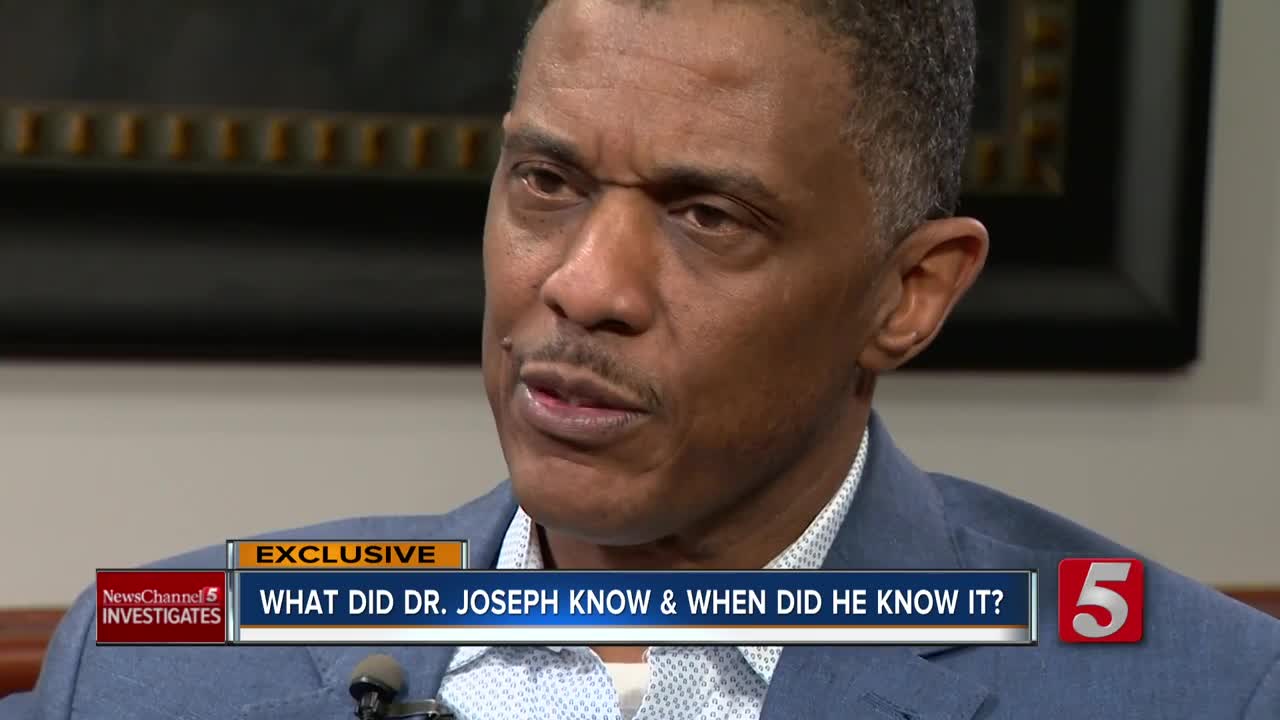 A proposal that would allow teachers and others in public schools to carry concealed firearms is receiving tepid support from Tennessee lawmakers. 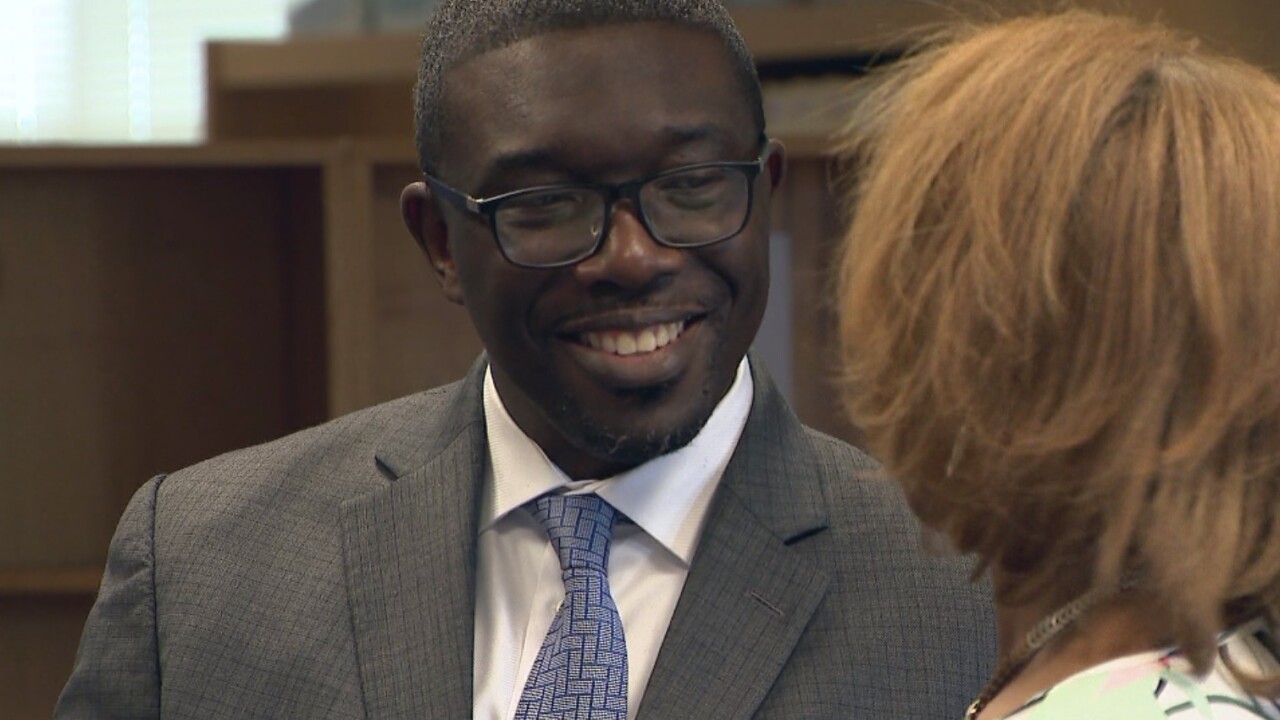 NASHVILLE, Tenn. (WTVF) — A veteran Metro Schools assistant principal says he personally warned Dr. Shawn Joseph about a "horrific" sexual harassment problem inside one Nashville school, but the director of schools did nothing about it.

Howard Jones, a local pastor who has worked in the district for more than 20 years, made the claims in conjunction with a just-filed lawsuit that accuses Metro Nashville Public Schools of unlawful retaliation. It claims the district retaliated after he reported the John F. Kennedy Middle School principal, Dr. Sam Braden, to MNPS human resources.

Jones said he warned Joseph before Braden's behavior blew up into scandal.

"I said that sexual harassment is going on, this is horrific and it's going to be bad," Jones told NewsChannel 5 Investigates.

What was Joseph's reaction?

"He would take care of it."

Jones' latest lawsuit -- the seventh so far in this on-going sexual harassment scandal -- asks for up to $300,000 in damages for the emotional distress caused by the district's retaliation.

It comes as the embattled schools director is attempting to negotiate a deal that would force taxpayers to buy out the rest of his contract.

"I'm doing this because it has to be done," Jones said. "No one should ever have to endure what I had to endure in that building for four years."

But what he had to endure there under Braden, Jones said, was hellish.

"The things that I've had to deal with in this school under the guise of education would make Stormy Daniels blush," he said.

Last year, following an exclusive NewsChannel 5 investigation, Braden became the face of a scandal that has already cost taxpayers more than $350,000 in legal settlements and helped to put Joseph's future as director of schools in jeopardy.

Jones says he told Joseph about the issues inside JFK Middle before any of that happened.

NewsChannel 5 Investigates asked, "So he cannot say that he wasn't warned?"

"He was aware," Jones insisted.

Jones says the moment he had feared came when a JFK employee came to him in December 2017, complaining that Braden was trying coerce him into sex.

The assistant principal knew he had to report his boss to HR, but he also suspected it wouldn't be easy.

"Because it's going to put us all in a precarious situation," Jones said.

"Because of a culture of retaliation."

NewsChannel 5 Investigates asked, "Inside that school?"

"Inside of Metro Schools, not just that school, but definitely, particularly that school with that particular executive principal," Jones said.

Our exclusive NewsChannel 5 investigation discovered that Braden was called to Central Office where an HR manager attempted to put him on administrative leave, pending the outcome of an investigation.

Braden was allowed to go back to work the next day.

"When I arrived at the building, Dr. Braden looked at me and said you know my father was a murderer?" Jones said.

Jones said he interpreted the remark as a threat.

Later that morning, Jones said, Braden had an assignment for him.

"He asked me or directed me, gave me a directive to escort the victim out of his building with police escort," he recalled.

What do he think the purpose was?

Those allegations are also included in the district's own HR files.

Jones' lawsuit says that Braden began to boast he was going to "get rid of Howard Jones."

The assistant principal said he went back to Sharon Pertiller.

"I told her that I was afraid of retaliation because this guy is vicious -- and she did nothing," Jones told NewsChannel 5 Investigates.

But, then that May, with a supervisor present, Jones said Braden told him his services would no longer be needed.

"I almost cannot describe the feeling of being terminated by a monster," Jones added.

According to the lawsuit, Joseph's HR department told Jones that Braden "could fire whom he pleased."

RELATED: What you need to know about Shawn Joseph’s controversies

The veteran MNPS employee was stunned.

"If I have to report someone being abused or someone being harassed and it's by law that I must stand up and cover them, who's supposed to cover me?" he asked.

NewsChannel 5 Investigates asked, "No one was there for you?"

After NewsChannel 5 Investigates first exposed how the district had ignored complaints about Braden's behavior, school board members say Dr. Joseph first told them to ignore the allegations, that there was nothing to them.

"The retaliation and the things that we've had to endure didn't just start, it didn't start with Joseph. But if I am at the helm, I've got to make some changes with it," Jones said.

He added that faults Joseph and his team not for creating the problem, but for be willing to ignore it.

"I clean it up. I don't say well because it's been dirty before me I'm going to leave it dirty. It's my responsibility as a leader to lead, to make that difference.'

After Braden terminated Jones, the lawsuit says the assistant principal filed an EEOC complaint against the district - and Metro Schools rescinded the termination. MNPS eventually found him another job

A district spokesperson said she could not comment because of the pending litigation.