MNPS Board Chair: 'I Don't Care What The Media Says' 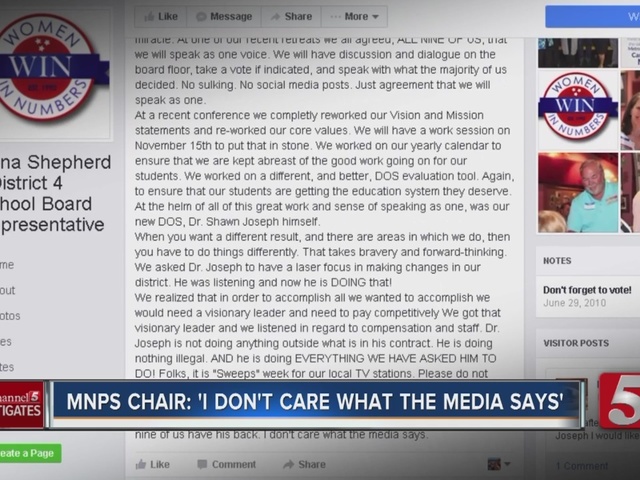 "I don't care what the media says." That's the message from the chair of the Metro School Board. 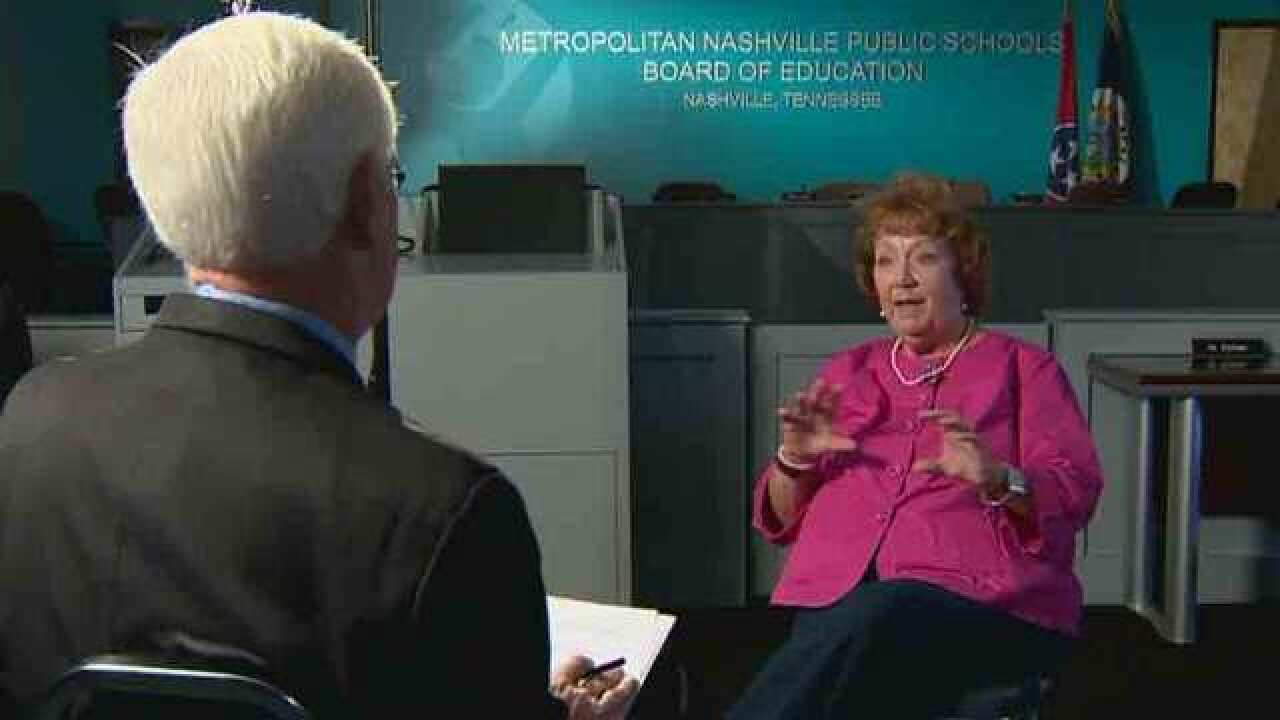 "I don't care what the media says."

That's the message from the chair of the Metro School Board in a forceful defense of the district's new director of schools.

It follows questions raised by NewsChannel 5 Investigates about how Dr. Shawn Joseph has spent your money.

In a Facebook post this week, School Board Chair Anna Shepherd declared: "It's time to put an end to this media madness."

That follows our investigation that showed Dr. Shawn Joseph pulling Metro Schools employees from other jobs to chauffeur him around.

When he had to go to the doctor, you paid for a school bus driver to sit and wait for an hour and a half.

Internal emails show you've also paid for workers to go to his house early in the morning to drive him to breakfast -- and to meet him at the airport on weekends after trips out of town.

"It's a constant non-stop job, and I use the car like a mobile office -- and I'm actively working when I'm in the car," he said in an interview with NewsChannel 5 Investigates.

In her Facebook post, Shepherd wrote: "Dr. Joseph is not doing anything outside what is in his contract. He is doing nothing illegal. AND he is doing EVERYTHING WE HAVE ASKED HIM TO DO!"

Our investigation also discovered that Joseph signed a one-year lease on a Bellevue-area home, billing taxpayers $10,000 under a clause in his contract that allows him to receive "three months of reasonably priced temporary housing."

That money included a $2,500 security deposit, putting taxpayers on the hook if he damages his house or breaks his lease.

He later sent an email approving a school maintenance employee coming in late so he could work on that same house -- although he insisted that he later changed his mind at the last minute.

Speaking for the entire School Board, Anna Shepherd said: "All nine of us have his back. I don't care what the media says."

Meanwhile, School Board member Mary Pierce said on her Facebook page Thursday that she is ready to "let Dr. Joseph do his job free of distraction."

And Amy Frogge, also in Facebook message, urged her constituents to be patient.

She insisted that there's a lot of good work being done by the elected School Board "behind the scenes."